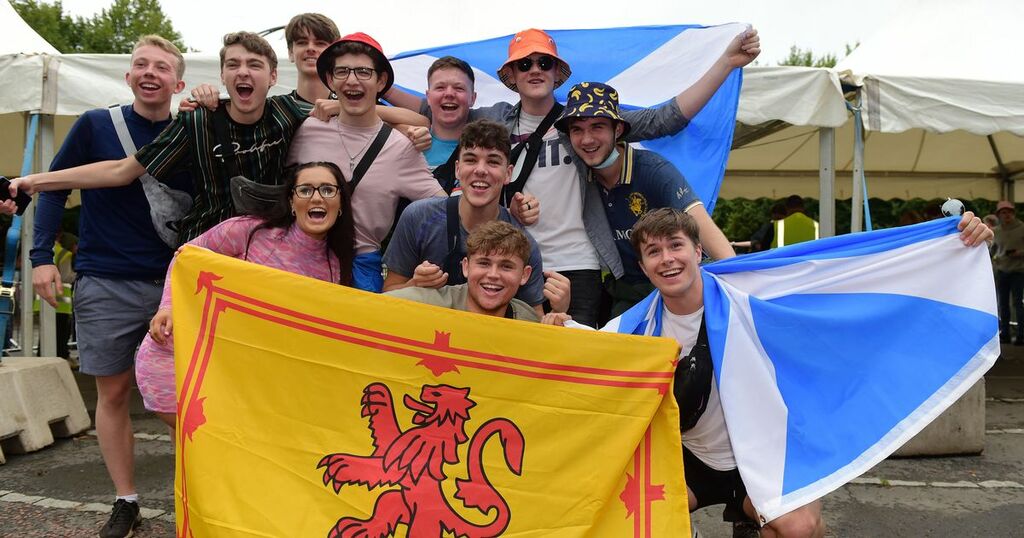 TRNSMT music fans were well up for the biggest party Scotland has seen for two years - and they insisted they were excited to be back at a festival watching some of the country's biggest acts on Friday.

Revellers from around the UK and beyond took in the atmosphere of Glasgow Green as well as some of the music, booze and food on offer.

One crowd of giggling fans told us: "It was easy getting into the park. We are wearing ponchos if it rains."

Maddie and Ursula, from Cumbria, said: "We got here on the train and it was packed. We went to another festival so this is our second and we are looking forward to Sam Fender, AJ Tracey and Blossoms today.

"We just want to have a good time. We love the atmosphere. We've never been to TRNSMT before so it's an interesting one."

Summer shirts were out in force for one group of lads who said: "This is the first festival we've been to in two years. We can't wait to get to the bar."

Music fan Tom Keegan, who we caught on the way in, said: "I'm looking forward to The Lathams, Sports Team, Sam Fender and Blossoms."

In the chill out zone some festival virgins from Colombia and Edinburgh told of their delight at being at a festival for the first time as they admitted drink took priority over food.

West Lothian and Bathgate pals Anais, Amy, Mhairi, Millie, Finn, and Olivia caught the bus through to TRSNMT and said they had been a bit scared to come to their first event since the Covid lockdown but were more excited than anything.

Finn said: "We love Sam Fender and The Courteeners and just can't wait to see them."

Amy added: "There's a lot of precautions. and we're just going to take a look round and visit the bar just now."

"I saw a gig last week but I'm buzzing to be back at a proper festival."