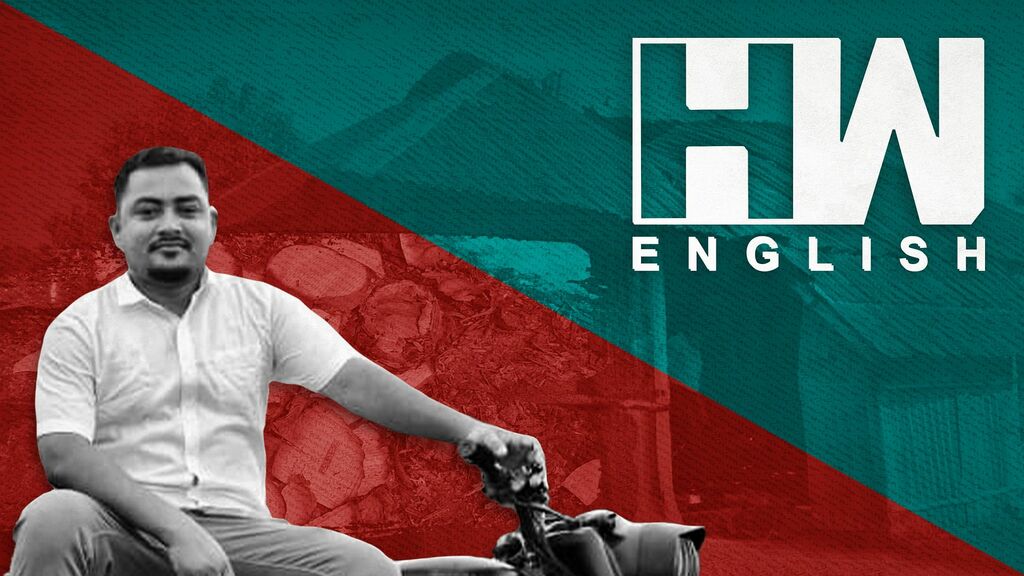 The Tripura police today questioned Arti Ghargi, an associate editor at news website HW News, in connection with a criminal conspiracy case filed against the website’s reporters in the state’s Gomati district.

The journalists, Samriddhi Sakunia and Swarna Jha, have been questioned twice by the police in the case. Newslaundry had detailed the circumstances of their arrest in an earlier report.

However, Ranu Das, the Bharatiya Janata Yuva Morcha leader who led sloganeering in the VHP rally that allegedly stone-pelted a mosque and arsoned Muslim properties, is yet to be arrested. According to the police, he is currently “absconding”.

Das, 29, a resident of Panisagar in North Tripura, has been booked for provocation to cause riot, intent to hurt religious feelings, and causing public enmity by the Tripura police.

The journalists face two FIRs – one each in Unakoti and Gomati districts – under section 153. The two FIRs also levied sections 120B (criminal conspiracy) and 504 (intentional insult with intent to provoke breach of the peace) on them. Additionally, the Gomati FIR includes sections 193 (false evidence) and 204 (​​destruction of document or electronic record to prevent its production as evi­dence).

‘The summon for questioning is illegal’

Mumbai-based Ghargi has been with HW News since 2017. Like Sakunia and Jha, she has been covering the Tripura violence for the website’s YouTube channel and also anchored shows on the Trinamool Congress’s reinvigorated entry in the northeastern state in August.

On November 19, Ghargi was summoned at the Kakraban police station on November 20 for questioning. This was in relation to the Gomati FIR, whose complainant is a sub inspector at the Kakraban police station. According to the complaint, Ghargi’s colleagues, Sakunia and Jha, along with others, have “hatched a conspiracy to further flare up communal disturbances” in Tripura by reporting, without evidence, that a copy of the Quran caught fire after the Dargah bazar mosque in Kakraban’s Hurijala village burnt down on October 20.

Local accounts in Hurijala contradict this claim. Bahar Miya, the village head and a member of the Bharatiya Janata Party, had told Newslaundry that he had seen burnt pages of the holy book in the mosque on the morning of the fire.

On November 20, Ghargi had sought an extension citing a medical condition. That day, Tripura police notified the journalist under section 160 of the Criminal Procedure Code, stating that her “non appearance” will be construed as “evasive tactics” to obstruct the investigation.

“Failure to appear by tomorrow, that is 21.11.2021 will be deliberate and I will have no option but to inform the court about the fact and will necessary actions as per law for next course of action,” read the notice, undersigned by inspector Subrata Barman, the investigating officer in the case.

“This is harassment,” he said. “They could not keep the two journalists in custody, so they called them and the associate editor for questioning, which amounts to detention. She is not a witness nor named in the FIR. I’ve told the network that she [Ghargi] can also be arrested, because indirectly, the police seem to be summoning her as an accused.”

Last week, Biswas had secured bail for Sakunia and Jha, who were produced before the chief judicial magistrate in Gomati by the police after their arrest in Assam’s Karimganj. He had argued that the journalists had been falsely implicated in the case and the police had shown “unnecessary belligerence” in arresting them.

Ranjith Das, Ranu’s elder brother, confirmed to Newslaundry that the 29-year-old BJYM leader has not been arrested by the Tripura police. A senior Tripura police official corroborated this. “He is still absconding,” the official said. “He’s not in the area and we are not able to track him. I’m confident that we’ll arrest him within a week.”

Last week, another senior police officer in Tripura had told Newslaundry that 24 people had been arrested in 21 cases related to the violence.

We reached out to North Tripura SP Bhanupada Chakraborty, who did not comment on the matter and disconnected the call.

“Elections are going on and I am too busy nowadays,” he said. “I am currently dealing with a law and order problem.”

We also sent questions to Tripura DGP VS Yadav, who declined to comment.

On October 26, Das had participated in the VHP rally that attacked a mosque and burnt down Muslim properties in Panisagar subdivision’s Chamtilla and Rowa Bazar villages. Eyewitnesses alleged that he had raised slogans against prophet Muhammad, which were caught on video. Das and VHP had denied this, calling the video fake, while claiming that another version with Bangla slogans was authentic.

An FIR – number 76/2021 – was filed against Das at the Panisagar police station. He was charged under penal sections 153 (provocation with intent to cause riot), 298 (deliberate intent to wound religious feelings), 427 (mischief causing damage) and 505 (rumour or report causing public mischief and enmity).

Also Read: From Tripura to climate change, mainstream media needs feet on the ground to report on what’s happening