Cheap air fares, overdue leave and the end of pandemic isolation saw us jump on a plane a fortnight ago, bound for Madrid via Dubai.

Our son lives in Madrid, with his growing family.

Our travel plans were simple, hang around his neighbourhood with two grandchildren, explore, walk, goof around, shop for relaxed evening meals, practise our Spanish, do not too much.

Our son's neighbourhood is in Hispanoamerica, a middle ring district in this great European city.

Hispanoamerica's plazas and streets are named for the old Spanish empire: Ecuador, Columbia, Peru, Nicaragua, Chile, Costa Rica and so on. By Australian standards, we'd see the area, with its eight- to 10-storey residential blocks, all with large floor plates, as medium to high density.

By Australian norms, we'd be wary of how good life could be within such a configuration. The answer is that life can be very, very good.

But the good life comes not from living in close quarters, it comes from the way density is delivered, the package that you get, the fact that there are multiple sites and spaces around you to enjoy with others, that you become part of a community as you go about your daily life.

Hispanoamerica was built in the 1950s. It was a state-led project in response to housing shortages in Madrid caused by rapid rural to urban migration. Shanty towns were springing up around Madrid's perimeter. But the response was more than cheap-build, stacked apartments, as we discovered on our holiday.

Often, these spaces are linked, one intersecting with the next, to become green corridors for walking to and from school, for exercising the dog, for the elderly to talk and wander, for young children to roam, with safety.

Intriguingly, within these green spaces you see the role played by young women migrants from Latin America. They look after the children of local professionals, and the elderly, take kids to and from school. Out of sight, they clean homes, prepare meals, do the laundry. They are underpaid, exploited, often under-appreciated. Yet they are essential to daily life across the neighbourhood.

Also at ground level are multiple locations for small businesses. Liberal licensing laws ensure the presence of multiple cafes, bars and small restaurants. At 11am you choose between a caa (small beer) with a slice of home cooked tortilla, or a coffee and churro, and you never pay more than a few coins.

The spine through our piece of Hispanoamerica is Calle de Principe de Vergara. This bustling street steers a multitude of buses to the neighbourhood, offering routes that run swiftly to downtown Madrid or snake their way to off-centre suburbs.

The street hosts multiple entries to the Madrid metro via its Columbia station. Together, the buses and the metro make Madrid a great public transport city. Notably, you ride the bus or metro for a flat fare of around $2 irrespective of distance travelled.

Another aspect about Hispanoamerica's urban geography also matters. This is the co-presence of professional services firms, from finance, engineering, the utilities, marketing, encouraged into suburban locations, accessible by young professionals living in the 'hood.

Urban liveability is thus delivered as a package. It doesn't come from raised population density on its own.

Local green spaces, commercial freedoms, quality public transport, access to services, a thriving high street, the co-presence of good jobs, you need the lot. And an immigrant labour force, in this case.

Nothing is ever simple.

Or guaranteed, for the commercial scene in Hispanoamerica faces an existential crisis from the global logistics companies.

The growth of on-line retailing and express home delivery, including of fresh food and restaurant meals, will suck consumer dollars from the high street and the markets.

Good has to be fought for in this world. Barrack for Hispanoamerica in the fight. 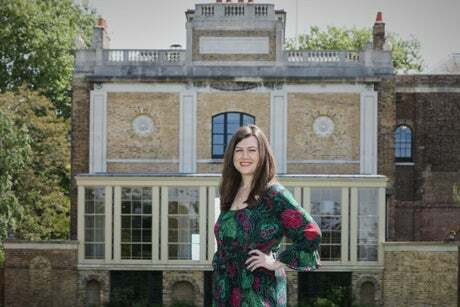 Where to live on Crossrail: house prices, new homes and Elizabeth line journey times to Ealing Broadway from central London
Billions of pounds have been spent transforming this west London postcode over the past decade.

Work is expected to start next month and take two years

Troy Sheedy still finds himself looking at holes in the wall as a refuge, somewhere he could crash if he…