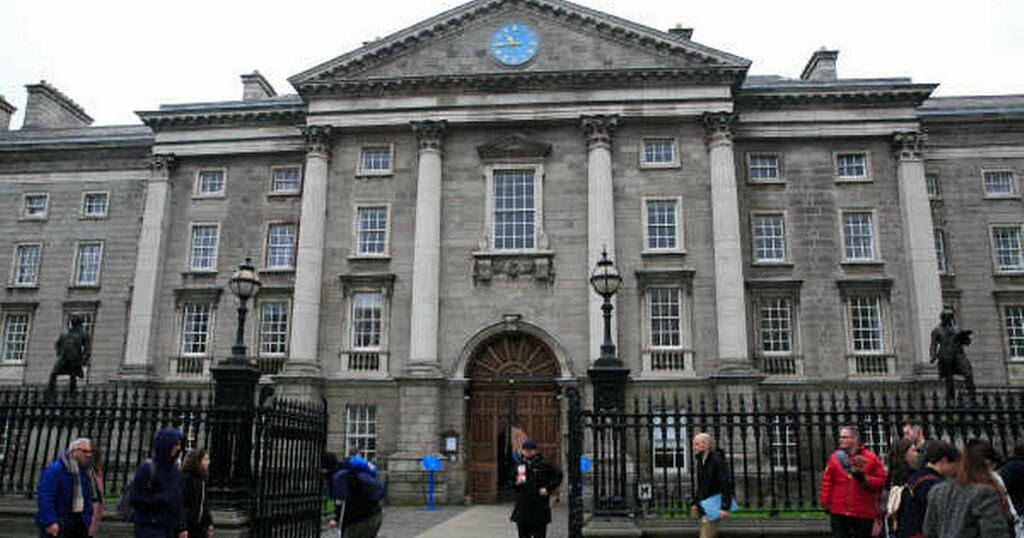 Trinity College students have expressed discontent with the university's approach to on-campus learning so far this year.

The university confirmed that all lectures with over 150 students will be online until at least November 1.

Individual departments can make decisions on whether to bring smaller class sizes back on campus or keep them online.

Second year student László Molnárfi started an online petition calling for the college to refund students if they aren't going to fully be on campus.

He told Dublin Live: "We were very very disappointed. I started the petition after seeing UCD's reopening plan.

"I think myself and other students in general were very angry and discontent with the plan, especially because of how much money we pay and especially international students who pay up to €30,000, not to mention accommodation.

"Basically the idea behind it is to have a centre place where students can express their grievances so we can start a petition, and then from that we can see what other actions we can take, like maybe a protest or something like that.

"The student union wasn't doing much, so this is kind of a spontaneous student initiative.

"My personal opinion is that we need to be a bit more radical. We need to bring back petitions, strikes, sit-ins, because the student union hasn't been doing much for us lately.

"The petition is just one small part of this campaign that we want to launch."

László said that he understands Covid regulations need to be respected but he believes part of the student contribution fee should be refunded to those who still have most of their classes online.

"We need to get Trinity to care about students and not just about profit."

He said that Trinity promised students that all lectures under 150 people would be online but "this promise was broken".

"I think if they had communicated this plan to us, many students would have deferred in mass before the start of the academic year and they would have lost out on money."

Second year student Evan O'Reilly said it was "demoralising" starting this year in almost the same position as last September.

"There’s still a lot of confusion over timetables even with days to go until classes start, but as it stands I’ll likely have only an hour or two of in person lectures per week," he said.

"In the first week, I won’t have any.

"What we’ve been told is that most lectures, if not all, will return to being in-person after the Reading Week, but there’s still a lot of doubt as to how that will be implemented, or if it will happen at all.

"I don’t think it’s necessarily a bad thing that they’re being cautious, but as a second year student having spent the entire of my first year watching lectures from home, it is very demoralising to be facing the start of another year in almost the same position.

"It’s especially difficult when you see friends in other colleges getting an almost all in-person experience."

"I still don’t know many people in my own course, in fact the first time I got to meet any of them was at a Freshers event this week. And I’m in second year.

"The restrictions on campus also continue to affect societies, so it’s very frustrating all round."

It is not just students who are unimpressed with Trinity's approach to returning to campus for the academic year.

TCD lecturer David McWilliams publicly criticised the college, comparing Trinity's approach to UCD, who are having a full return to campus.

In a statement to Dublin Live, a spokesperson for Trinity College Dublin said: "It's important to say that there is in-person teaching happening in Trinity though it's fair to say some universities are taking a different approach. Trinity is taking a two-phased approach to reopening.

"We are adopting a more cautious approach at the start of term based on social distancing in all teaching spaces, Library & study spaces with the potential for relaxing regulations from November 1st onwards.

"Our campus is open to staff and students and we are seeing the beginning of return to normal life on campus.

"An orientation week has been underway this week for second-year students and we are planning an in-person Freshers week for our new students.

"We have decided on 1m social distancing for students who must wear masks in lectures, tutorials and labs. All lectures with more than 150 students will be online.

"The amount of in-person teaching will vary between departments.

"We are encouraging all our students to get vaccinated but proof of vaccination is not being sought to access academic activities or the Library. "