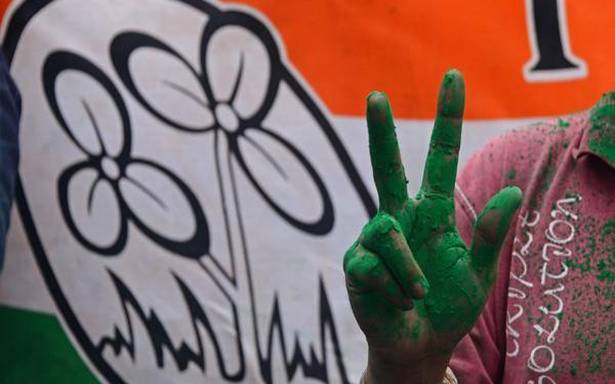 After the resounding victory of the Trinamool Congress in the West Bengal Assembly polls in May 2021, the party has been trying to increase its presence in national politics.

The past few weeks have seen a new trend where the top Trinamool leadership is taking on an unlikely adversary, the Congress party. Despite the meeting between Trinamool Congress chairperson Mamata Banerjee and Congress leaders Sonia Gandhi and Rahul Gandhi on July 28 and the Congress not fielding a candidate against Ms. Banerjee in the Bhabanipur bypolls, the political targeting is hard to miss.

In the latest issue of Jago Bangla, the mouthpiece of the Trinamool Congress, Ms. Banerjee wrote an article “Dellir Daak (Delhi Calling)”. The main thrust of the piece published on October 7 was reminding the Congress party that the Trinamool had defeated the BJP and the Congress had not.

“The Congress has failed to fight the BJP in Delhi. The last two Lok Sabha elections are an example of that. Developments like this have demoralised people,” the West Bengal Chief Minister wrote.

“In the recent West Bengal elections, the whole country has witnessed how the Trinamool Congress defeated the BJP which came to West Bengal with all its force,” she noted

This is not the first time that the Trinamool leadership has taken on the Congress in the past few weeks. Several other pieces in Jago Bangla have targeted the grand old party.

However, Trinamool party general secretary Abhishek Banerjee does not seem to be on the same page with the former Congress leader from Goa. Mr. Banerjee said that the Trinamool has fought the BJP on the streets and advised the Congress to stop being “armchair warriors” and hit the streets.

Political observers recalled that in January 2019 before the Lok Sabha polls, when leaders of 23 Opposition parties held a rally at Brigade Parade Grounds in Kolkata at the behest of the Trinamool chairperson, the leadership of Congress was missing. Enthused with the success in the West Bengal Assembly polls, the Trinamool might increasingly try to isolate the Congress, they said.