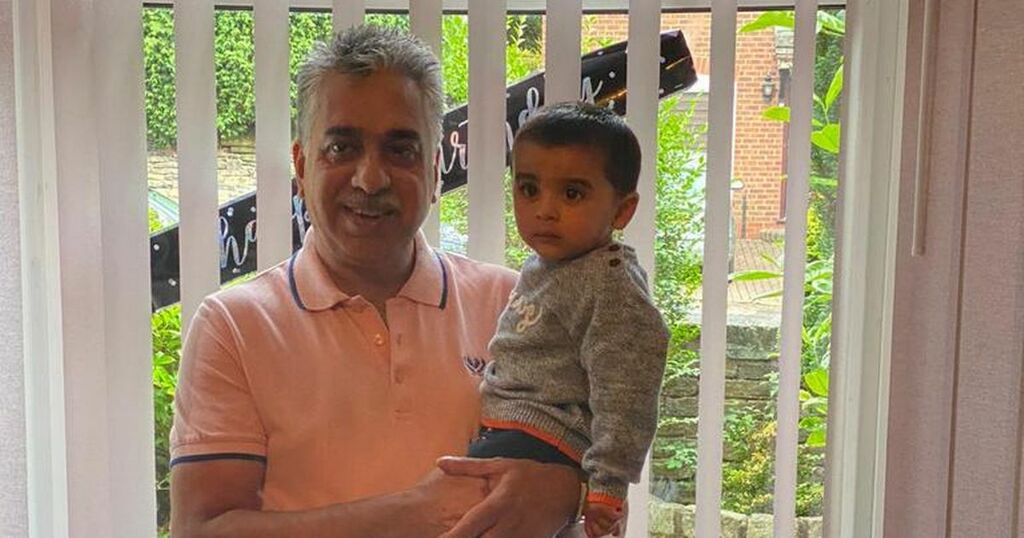 Tributes have been paid to a retired police officer who was instrumental in forming a network for Muslims at Greater Manchester Police.

In a heartfelt statement, his family says they have been left devastated by the loss of the man they described as a 'humble giant'.

A statement by the family reads: "Words cannot describe what we are experiencing at the moment.

"Our world seems to have crumbled around us and the man who usually picks up the pieces in times of difficulty is the one who’s loss we are mourning.

"Javed was the rock around which we existed and sadly we took it for granted that he was always going to be there for us. Whether happy or sad Javed quietly dealt with each family situation to the point where we didn’t even notice.

"He was a fantastic father to Sarah, Amir, Umar and Samina and absolutely doted on his grandson Esa. He leaves behind a heartbroken wife Zenab as well as brothers Zaffar, Zahoor and Ajmal and sisters Saghir and Naheed as well as a shocked and numbed wider family both here and overseas.

"Javed was a mentor to youngsters around Manchester long before he joined the police. All too late, we realise that he was the humble giant on who’s shoulders we stood to achieve what we have.

"The sheer number of people who came from all walks of life, in tears, to pay their respects has astounded the family.

"Javed’s passing leaves a void that will never be filled and we urge everyone to love and cherish your friends and family and even if there’s no reason to, just give them a hug. The words ‘you don’t know what you’ve got ‘til it’s gone’ have never been truer.

"We have been humbled by the number of kind messages and tributes.

"We would like to take this opportunity to say thank you to everyone who attended the funeral, whether newly appointed constables, support staff or the Assistant Chief Constable and to those who paid their respects via social media from around the world.

Described as a pioneer and role model, Javed was one of the very first Muslim officers in the force back in the 90’s and was one of the founding fathers of the Muslim Police Association (MPA), a staff support network for Muslim colleagues at GMP.

Sohail Ahmed, Chair of the MPA and a close friend of Javed, described him as a ‘gentle man’ who always had time for junior officers.

Speaking to the Manchester Evening News , he said: “Javed was a very gentle man and always willing to help people, that was his main quality.

“He was unassuming, never angry and always there for people that needed advice or guidance, a bit of a father figure and mentor.

“He’d seen the struggles early on where things were a bit more difficult for people from a different background, so he was a pioneer in that sense in dealing with that and coming through that period to where we are now, where things are a lot better because of people like him who are role models.”

Javed joined Greater Manchester Police in 1991. He went on to serve as a detective constable for Oldham before retiring in 2018.

He later re-joined the police force in 2020 as a member of staff and a civilian investigator at Ashton Police station.

James Kenworthy, a retired sergeant of the hate crime unit at Oldham, said Javed had a massive impact on policing across Greater Manchester.

“With Jav's help and guidance, I was able to better understand the needs and aspirations of the diverse Muslim communities in Oldham,” Sgt Kenworthy told the M.E.N.

“Jav introduced me to the local Imams, community leaders and other influential people.

“Whenever we approached those individuals, I remember seeing how their faces used to light up in an expression of joy when they saw Jav coming towards them.

“Jav also introduced me to the chefs and staff of all the best curry houses in Oldham - how lucky was I!

“He investigated each crime to an outstanding standard.

“I am deeply saddened about the passing of my dear friend Javed, a true gentleman with a gentle nature and practically always, with a smile on his face.”

“He was a colleague, friend and a mentor. He will be missed.”

The line manager said: "Javed was held in the highest regard by his colleagues and as a valued member of the team, he will be sorely missed.

“He was kind, considerate and compassionate. His calm and relaxed manner made him approachable and he always made time for others, no matter how busy he was.

"With many years' policing experience behind him, he played a particularly important role in supporting operational staff.

“The support and guidance he provided to others was invaluable and his contribution to the department, and indeed policing, has been invaluable."