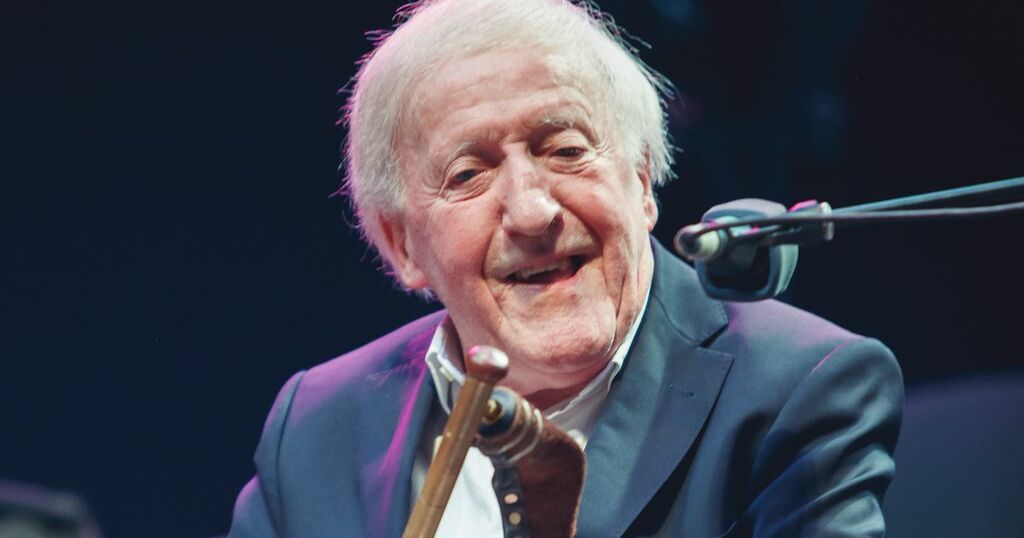 Paddy Moloney, the musician and composer best known as the leader of Dublin trad superstars The Chieftains, has died at the age of 83.

The Donnycarney native grew up in a musical family, learning the tin whistle at the age of six and the uileann pipes at the age of eight.

He formed The Chieftains in 1962 and became their pillar, playing on every one of their albums.

His death was announced in a lengthy Facebook post by the Irish Traditional Music Archive, who said few people can lay claim to having the impact that Paddy had in Irish traditional music.

"During a recent interview in ITMA, he spoke about the people and events that shaped his life in music. Few people can lay claim to having the level of impact Paddy Moloney had on the vibrancy of traditional music throughout the world.

"What a wonderful musical legacy he has left us. Suaimhneas síoraí dá anam uasal."

A number of other well-known personalities paid their own tributes.

Dublin songwriter Billy Treacy said: "I’ve just heard that Paddy Moloney has passed away. He really was a giant and legend of Irish Music and responsible for its worldwide appeal. RIP and condolences to his family."

And TD Ciaran Cannon said: "So sorry to hear of the passing of Paddy Moloney, a true pioneer and innovator who spent a lifetime bringing our music to audiences worldwide. May he rest in peace."