“Welcome back, really sorry to tell you that you’re not going to walk again”

Raya Hubbell’s world shattered when she heard those words from her hospital bed.

Just about to turn 19, Hubbell had been preparing to appear at the Salt Lake City Winter Olympics in 2002. She was a talented Canadian skier, who had been “addicted” to the sport since the age of five, and she'd already qualified for three of the alpine disciplines at the Games.

But Hubbell was also a remarkably competitive individual. Coming from a sporting family - her dad is an Olympian and her brother represented Canada in three different sports - it's perhaps not that surprising.

With the benefit of hindsight that competitive spirit pushed the skier too far in 2001. Despite qualification for those three events secured, Hubbell’s aim was to compete in all five alpine disciplines at the Olympics and, to do that, she had to finish a World Cup downhill prior to the Games. As her coach told her at the time, all she had to do was finish.

“When you say something like that to a competitive person it’s almost like telling a child not to touch something hot,” Hubbell says. “What are they going to do? They’re going to disregard you and say, ‘of course I’m going to win, of course I’m not just going to finish’.

“I just went straight out of the gates and pushed myself way too hard - beyond my limits, beyond the speed that I could manage, beyond the lines I could take - and crashed effectively landing on one of the downhill jumps at pretty high speed.”

That crash was devastating. The resulting injuries were broken bones, head injuries, serious traumas and spinal damage. Following the collision she was put into a three-day medically-induced coma and, when she woke, that’s when she heard the words that would completely change her life.

“What the hell am I going to do now, what is life?”

“I woke up from that effectively in a room not really knowing where I was or what had happened,” Hubbell recalls. “The message was ‘welcome back, really sorry to tell you that you’re not going to walk again’.

“Your life comes crashing down, you definitely go to that place - ‘what the hell am I going to do now, what is life?’ I didn’t cope with it very well. I always thought I was someone who could handle everything and for a few months there I really couldn’t.

“It took some incredible doctors, both physical and mental psychologists to help me through that. Also their ability to understand who I was to manage the process with me. It’s not just about an amazing doctor, it’s them figuring out who you are to help guide you.

“The most amazing thing was that the psychologist I was working with in the hospital worked out that my dad was my go-to, he was my rock. She basically threatened him saying, ‘she’s not leaving the hospital’. Physically the doctors said I can leave but mentally I was not ready.

“I wasn’t really willing to speak to her or open up to her at that point. She was clever enough to go for my dad and say ‘listen, you’ve got to tell her she needs to buck up, open up to ideas and be more responsive and open to recovering mentally as well as physically’.

“Had I not had her I don’t know how my recovery would have been. It’s not just about your own recovery, it's about the people around you at the time.”

It’s an unimaginable situation to find yourself in and, for many, the thought of what is to come would understandably be a difficult concept to process. As well as coming to terms with limited mobility, compared to what you could do before, there’s also a gruelling rehab process to conduct in order to try and improve your quality of life.

The thought of those arduous sessions would be enough to beat down the strongest of individuals, you need incredible amounts of perseverance and resilience for it. But, for Hubbell, she went about things her own way as she processed her new reality.

“I became much more proactive in my rehab programme. So I was the one saying ‘I’d like to do physio twice a day, I don’t want to see you every other day’.

“‘I want to be trying all new sciences that are about helping with leg movement and leg strength and sense feelings again. I want second opinions, it’s not that I don’t trust you as a doctor, but I want multiple people telling me something is true or not true’.

“Actually it was me being a bit more inquisitive and a bit more - it sounds a bit spiritual - but a master of my own destiny, rather than just listening to the professionals in front of me.”

As well as throwing herself head first into her rehab, giving herself manageable goals on her road to recovery also helped the former skier stay resilient. While there was certainly an ultimate goal, the realisation that it was so far in the future meant Hubbell needed smaller more attainable achievements to keep focused on.

“Anyone who has had a spinal injury, or spinal cord injury, will ultimately tell you the end goal is to walk again,” she says. “Even if you’ve been told it’s not possible and even if medically they’ve proven too it’s not possible.

“For me the end goal was will I walk again and, if I can, how? Then there was also the, almost white horse goals, down the road. Then I had much more manageable goals that were right in front of me.

“My main goal was, how can I rehab to live my best life? I don’t want something that is so potentially confining to define my life and define who I am.”

“Euphoria is 100 per cent the feeling”

Hubbell spent a year in her wheelchair following that horrendous 2001 crash. All in all her recovery took the best part of a decade, a truly remarkable path to where she finds herself today.

Now the former skier is a passionate GB triathlete, after picking up swimming and cycling as part of her rehab since they were lower impact sports. In the same way she approached her skiing, she became hooked and decided she would mark the 20th anniversary of her crash by taking part in her very first Ironman - but her coach, and now husband, only agreed to it if she saw a physio first.

“This is kind of how the stars were aligned because it was the physio who helped me rehab 20 years ago,” she says. “Not only did he know me but he knew my history and it was just this amazing story being tied together. Together my physio and Will - my coach and now husband - coached me to my very first Ironman almost to the month of me breaking my back.”

That Ironman represents so much for Hubbell. As well as marking her out as an extraordinary woman displaying exceptional levels of resilience it demonstrated to her just how far she had come over such a long period of time. That first walk, that first swim - all of those moments came together in feelings of euphoria.

“Euphoria is 100 per cent the feeling,” she says, with that emotion still shining through as she remembers. “Actually I didn’t realise I was searching for that euphoria until the moment that my feet hit the red carpet on that first Ironman.

“If you ever speak to an athlete they’ll explain to you that sensation of finishing a triathlon. For some it’s a sprint triathlon, for some it might be an Olympic but - for me - I had tried all those distances and the Ironman was the one that scared me, the Iron distance.

“It was one that really, I just didn’t know if my body would do it, and I remember sitting there on the beach in Mexico the night before the race and my bike was in transition, I’d registered, I’d got all my stickers for the race and everything was ready to go.

“The only thing left for me was to sleep, start and finish and all of those moments were running through my head. Waking up in hospital, being told where I was and what had happened and the moments of crying in the hospital bed because I really didn’t think my life was worth living.

“All of those moments that you go through to then be like, ‘I’m doing an Ironman tomorrow’. I still feel that euphoria right now just thinking about it. It’s so cool and that was the moment I realised I was totally hooked on triathlon.”

Rekindling those euphoric feelings is something Hubbell is still constantly seeking out for. As well as her triathlon training, and her aims of competing in the Ironman World Championships this year, she is also a Triathlon Performance Coach with Precision Coaching and seeks it out with her own athletes as well.

“I really find a huge sense of satisfaction to sense other people feeling that. Right now I have a huge hunger for that, a thirst for knowledge and improving my ability to coach.” 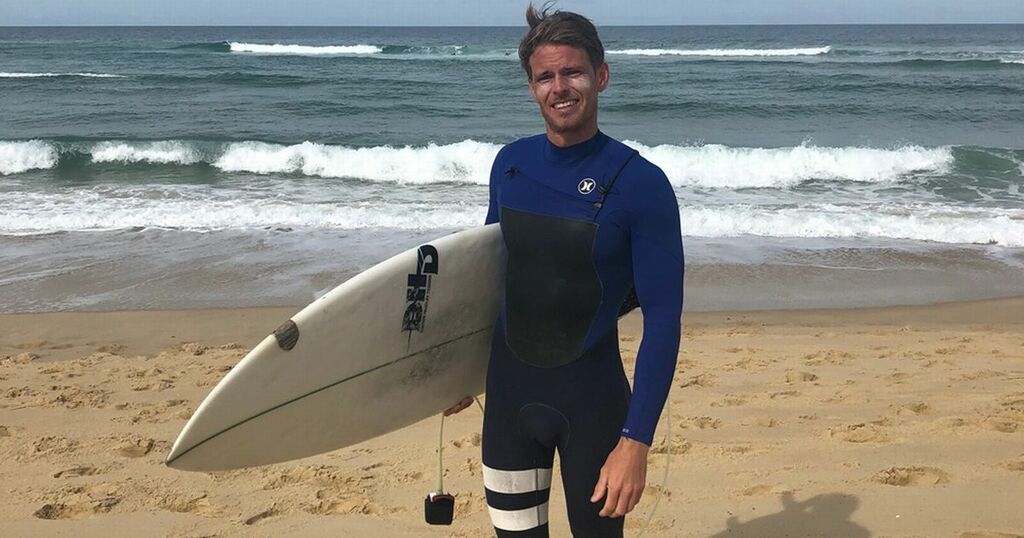 Adrenaline junkie skis and surfs unscathed, then freak biking accident in local park paralyses him
Will Taylor cycled across Europe and enjoyed other sports without breaking a bone then suffered devastating injuries on a muddy…

Thanks to fundraising by his partner Alex Brown, 30, Bristol professional Will Taylor, 32, has £46K towards the £50K needed…