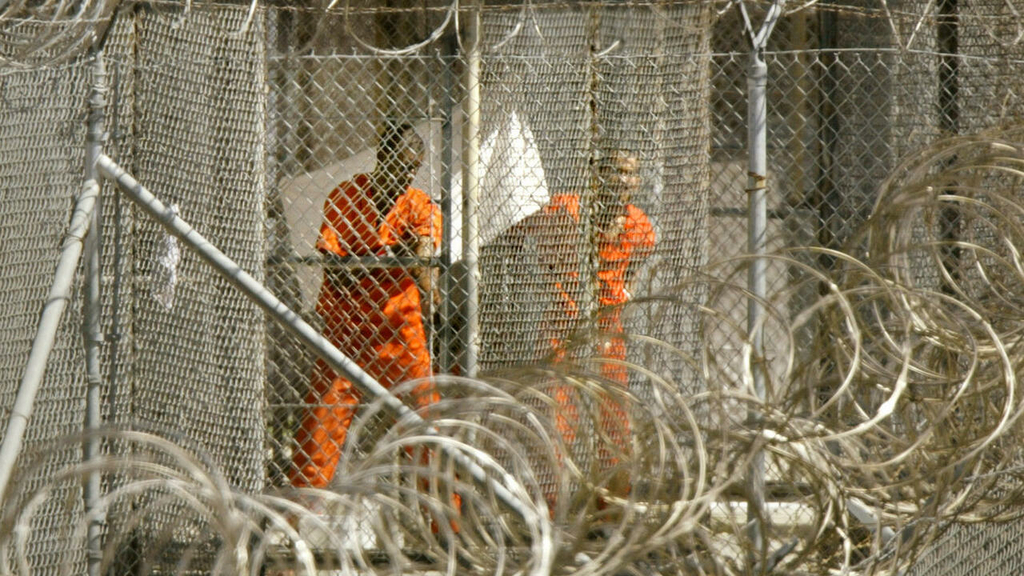 The trial of five men believed to be behind the 11 September 2001 attacks restarted this week - just days before the 20th anniversary - but quickly ground to a halt on technical issues, underscoring that victims of the Al-Qaeda plot could wait much longer for justice.

As the United States commemorates 20 years since 9/11 this weekend, preliminary hearings for the five alleged perpetrators of the attacks, incarcerated at Guantanamo Bay, begin this week after a year-and-a-half hiatus due to the pandemic.

The five men, imprisoned for 15 years in the prison at the US Naval Base on the southeastern coast of Cuba, had not appeared before a judge since the beginning of 2019, before the Covid-19 pandemic brought the proceedings to a halt.

Khalid Sheikh Mohammed, considered the mastermind of 9/11, along with Ammar al-Baluchi, Walid bin Attash, Ramzi bin al-Shibh, and Mustafa al Hawsawi - who are charged with "murder" and "terrorist acts" - have appeared in a high-security courtroom surrounded by barbed wire fences. They all face the death penalty.

Their trial, which is part of a special military justice system, has resumed as it left off, with the defense citing acts of torture when the defendants were in the hands of the CIA, to invalidate most of the evidence put forward by the US authorities.

It is such a strange, sad week to be at Guantanamo. pic.twitter.com/VVnnsoSIGb

Defense attorneys said they were eager to continue where they stopped in February 2019, building a case to discredit the bulk of the prosecution's evidence due to the torture the five endured while in CIA hands between 2002 and 2006.

In the public gallery, behind thick glass, were members of the families of the 2,976 people that they are accused of murdering almost exactly 20 years ago.

The proceedings are being conducted by a new military magistrate, Colonel Matthew McCall, who is the eighth to take it over. The officer has made it clear that he will not be rushed, deciding that Tuesday's hearing be devoted to his own qualifications.

He was named to preside last year, but it surfaced that he did not yet have the two years experience as a military judge required for the 9/11 case.

It could be months, even more than a year, before the trial enters its truly decisive phase, given the many appeals filed by defense lawyers to obtain confidential documents that the government has so far refused to hand over, whether they concern the torture program, the conditions of detention at Guantanamo, nor the health of the defendants.

The defense argues that the five defendants still bear the scars of torture inflicted by the CIA during their detention in the US intelligence agency's secret prisons between 2002 and 2006. Not to mention, according to their lawyers, the effect of fifteen years of imprisonment in conditions of great isolation. The defence lawyers also want to hear dozens of extra witnesses, in addition to the twelve who have already appeared before the military court, including two men who supervised the CIA interrogation program.

"There is no chance that there will ever be a fair trial," says Alka Pradhan, the lawyer for one of the defendants. "Not only because the torture they were subjected to was abhorrent and illegal, but also because Guantanamo is the place where the torture program took place.

"When the United States wants to do justice, it takes suspects to regular courts and tries them under the same rules as everyone else. That's the purpose of our judicial system. When they want to hide things, they take people to Guantanamo and they create a whole new court - and that's exactly what they've done with these men.

"Not only are they physically and mentally broken but the whole process is corrupt," she adds.

"The US government is working through rules that allow them to withhold information and allow them to pick and choose what they want to disclose to us and what they don't when we're talking about death sentences. So in no way can we talk about a fair trial".

Alka Pradhan blames the long delays on the U.S. government, recalling that it took six years to admit that the FBI had participated in the CIA's torture program.