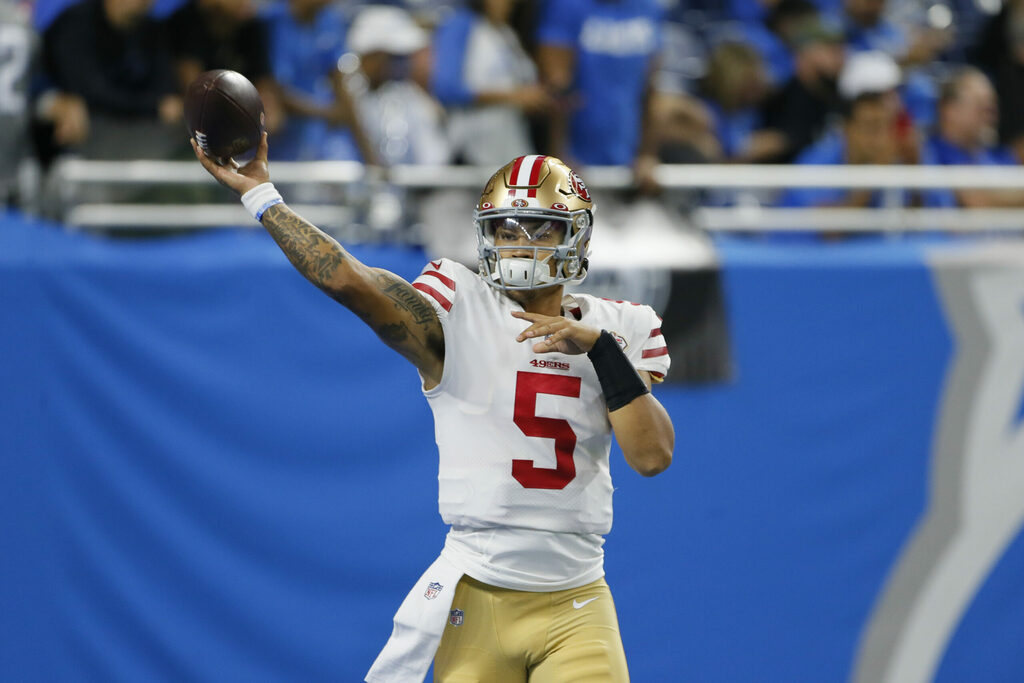 The 49ers started their opener against the Lions with Jimmy Garoppolo as their quarterback, but as we saw in San Francisco’s preseason finale against the Raiders, head coach Kyle Shanahan isn’t going to be shy about alternating Garoppolo with rookie Trey Lance depending on the situation. With 5:46 left in the first quarter against the Lions, Shanahan sent Lance in to replace Garoppolo, and the first regular-season NFL pass Lance threw was a five-yard touchdown pass to receiver Trent Sherfield, who tore it up this preseason.

Lions cornerback Amani Oruwariye did not have a pleasant rep against Sherfield and his filthy whip route to the boundary. Hopefully, the Lions aren’t as lost in coverage as they were last season, but this was not a great look.

As for Lance, the third overall pick in the 2021 draft, who the 49ers traded a king’s ransom to move up and acquire, this is a pretty nice start to his NFL career.