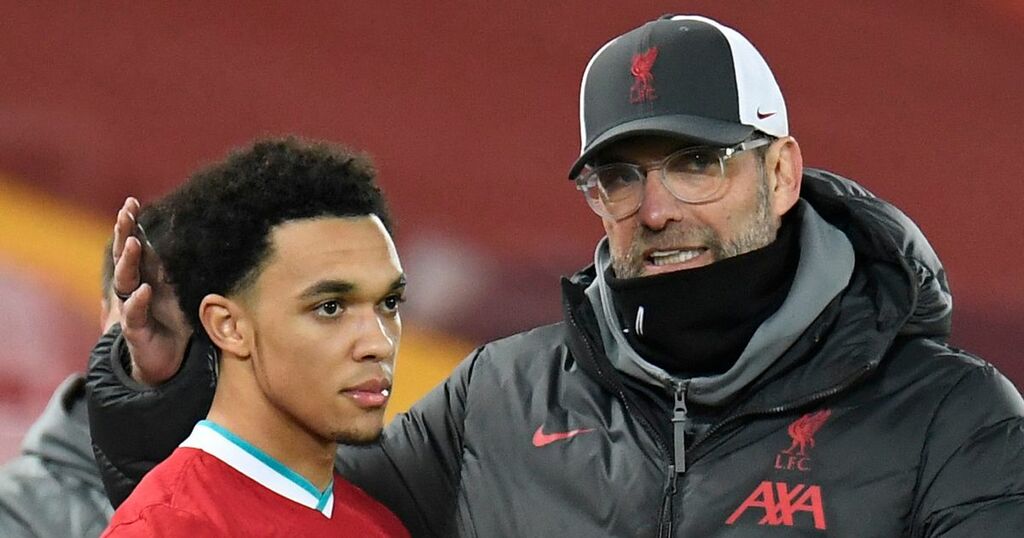 England boss Gareth Southgate played the Liverpool man in a three-man midfield and its fair to say Jurgen Klopp will probably be pleased with the outcome.

Alexander-Arnold struggled to influence proceedings like he does from right-back and was even switched back to his regular position for the second-half.

The 22-year-old's ability on the ball had led to calls from former pros to see him further up the pitch.

Only Manchester City's Kevin De Bruyne has registered more assists that the Reds man over the past four seasons.

The belief clearly being that the more he gets on the ball the more influence he can have.

Well clearly that wasn't the case and Alexander-Arnold conceded himself that it was difficult to transition his skillset.

“It’s a new role for me, a bit different, I think there’s been a lot of questions being asked whether I can or cannot play in there and a lot of opinions being voiced over the last few weeks,” he told TalkSPORT.

“But whether I’m starting in there or starting right back I think naturally I just find myself drifting into midfield, getting the ball and effecting the game.”

Alexander-Arnold spent many of his academy years in midfield before reverting back to defence.

He was advised that doing so would accelerate his route into the first-team and so it has proved.

Many regard Alexander-Arnold as not just one of the best right-backs in England, but also the world.

With what he offers the team going forward its hard to disagree and Klopp for one will be hoping he continues to perform in that area.

Not only for what he offers the team, but also due to the options he has elsewhere.

Even with Gini Wijnaldum departing Anfield Klopp has eight players capable - and worthy - of starting in midfield.

They includes stalwarts like Fabinho, Jordan Henderson and James Milner as well as youngsters Harvey Elliott and Curtis Jones.

Throwing Alexander-Arnold into the mix would've only complicated things.

Had he dictated play for England at Wembley then the clamour for him to play in the middle of the park would've only increased.

Last season Klopp said: "I know the player better than anybody else, any other coach, and I can say that he is a world class player."

Not only does he have full belief in Alexander-Arnold's abilities but he also has complete faith in his ability to use him correctly.