Trent Alexander-Arnold in midfield? It's got nothing on Man City cult hero Elano's brief stint at right-back 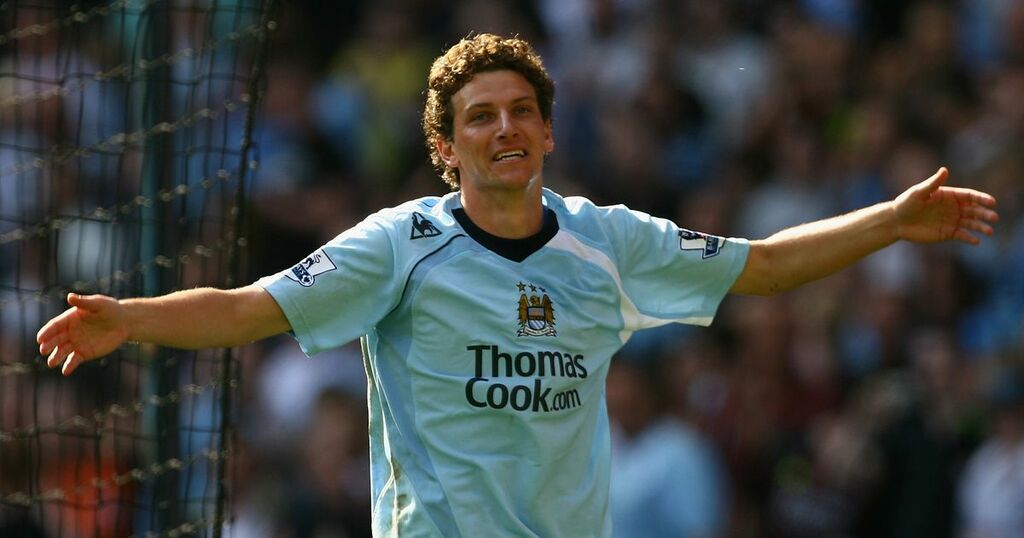 It was hard not to feel a bit sorry for Trent Alexander-Arnold on Sunday.

The Liverpool star looked just like a defender grappling with an unfamiliar midfield role because that is exactly what he was forced to endure during England ’s World Cup qualification trudge against Andorra.

Rather than accepting Alexander-Arnold as being one of the most exciting exponents of his natural position in world football, there has been a clamour to “unleash” him in a position he has seldom filled in senior football.

Gary Lineker and Jamie Redknapp have been among the learned voices to call for the 22-year-old to be pushed further forward and he is far from the first cultured defensive player to be burdened in such a way.

You wouldn’t hear many people say a skilful attacker should be chucked into the defence to help out on the ball, would you?

Well, a little over a decade ago, circumstances dictated that something just like that happened at Manchester City.

The man for a crisis

I’d say “funded by” but Shinawatra’s assets remained stubbornly frozen as the former Thai prime minister stood accused of corruption in his homeland. As a result, the club nearly went to the wall.

Anyway, it was initially fun - not least because of the Brazilian playmaker’s dazzling skills and sumptuous right foot. His stupendous free-kick in a win over Newcastle United that season remains one of the finest goals ever seen at the Etihad Stadium.

As the season entered its closing months, City’s form and momentum faded alongside their hopes of qualifying for Europe by right, as opposed to via the UEFA Fair Play League that would ultimately grant them a July date in the Faroe Islands.

Ahead of April’s home game against Portsmouth, Eriksson found his squad hobbled by a defensive crisis. Right-backs Micah Richards and Nedum Onuoha were unavailable, with Vedran Corluka needed to partner skipper Richard Dunne in the heard of defence.

The novel solution the Swede hit upon was Elano at right-back.

“Believe it or not, Elano, when he played club football in Brazil he was a right-back,” Sven said afterwards, to the belief of no one in particular.

"Of course if you expect a Micah Richards there, no, but the positions he took were good. He won some headers and when he got the ball, the quality was brilliant."

There was certainly no arguing with the former England boss over the quality on display. Particularly during the early stages of a 3-1 win over that season’s FA Cup winners, Elano was a revelation.

His excellent vision and passing range saw him dictating play from deep on the right flank - a performance that now scans as an unlikely sneak peek of playing patterns that would emerge during the Pep Guardiola era.

Pompey were definitely baffled as Benjani and Martin Petrov made it 2-0 inside the opening 15 minutes. Although John Utaka pulled one back, Darius Vassell made sure of a 3-1 win.

"The reason was before the match we had eight players out with injuries or sickness," Eriksson explained.

"Four of them were defenders and altogether, in the whole squad, we have seven defenders.

"So we had to pick someone to do the job.”

Over and Dunne with

The job looked a little more difficult when Dunne also joined the walking wounded, meaning Elano lined up alongside Corluka, Sun Jihai and Michael Ball in an even more makeshift back four the following weekend.

Like Pompey, relegation-threatened Fulham were 2-0 down early and carved apart down their left when Benjani followed Stephen Ireland onto the scoresheet.

Elano at right-back felt like some sort of cheat code.

Then, reality kicked back brutally as Roy Hodgson’s side ripped through City to complete a remarkable 3-2 comeback victory.

Elano argued with Mike Dean like a defensive veteran before the penalty that Danny Murphy converted at the second attempt, but he was nowhere to be seen as Diomansy Kamara stormed through to hit an injury-time winner.

The experiment was over and Elano’s final contribution that season was a screamer at Middlesbrough. He might even have improved the defence that day too, given Boro won 8-1.

Do you remember Elano's eye-catching stint as an emergency right-back? Follow our City Fan Brands Editor Dom Farrell on Twitter to get involved in the discussion and give us your thoughts in the comments section below.