Travis Barker has just tied the knot with his new wife Kourtney Kardashian after the two tied the knot at a glamorous do in Italy.

The Kardashians are well known for their jet-setting lifestyles, with appearances around the globe firmly part of the KarJenner brand.

With holidays here and shoots there, the ability to hop on a jet and pop up on the other side of the world is vital.

But the newest official member of the Kardashian clan has a harrowing background involving air travel, which left him unable to fly for more than a decade.

In 2008, Travis Barker was a passenger in a horrifying plane crash that killed everyone on board except him and one other.

Blink-182 drummer Travis Barker was on board a plane headed for LA that went down on September 19, 2008.

The private Learjet had set off from Columbia, South Carolina and was due to make its way out west, but never even took off.

With a loss of pressure, the tyres of the plane blew as it took off. Aborting the lift-off, the plane veered off the end of the runway and smashed through a fence before bursting into flames.

The horror crash claimed the lives of three of Barker’s closest friends and left him with burns on over 65% of his body.

Barker made it off the jet along with Adam 'DJ AM' Goldstein, but the famous drummer was covered in fuel that ignited.

After sliding down the wing to make his escape, Barker was forced to stop and roll in an effort to put out the blaze. He almost lost his foot from the resulting burns.

Adam died a year later from a drug overdose, meaning that Barker is now the lone survivor from that fateful day.

Barker has since spoken on the Joe Rogan Experience about the hell that took place.

Speaking with the veteran UFC commentator in 2019, Travis said: "When I jumped through the emergency exit when the plane blew up, I was in such a hurry to exit the plane I jumped right into the jet, which is full of fuel.

"When I jumped into the jets … I started running … I was ripping off my clothes because that's what my instinct told me to do … but little did I know I was still on fire because I was soaked in jet fuel."

"My right foot almost didn't make it. That was the thing that was most soaked was my shoes and socks.

"I was running towards a highway and I hear some guy yelling, 'Stop, drop and roll', and I heard it through all the chaos of sirens and everything.

"I stopped, dropped and rolled, and the only thing still on fire was my feet. So they were on fire the longest."

The crash left him in hospital for 11 weeks where he needed to have 27 separate surgeries and skin grafts.

He continued: "After my accident … I was four months in a hospital being fed morphine every day.

"When I was in the hospital, I was on so many drugs I didn't even know my two friends had passed away.

"I didn't know the pilots had passed away. I didn't remember anything."

The horrors of the crash didn’t end on the day, with the musician plagued for months afterwards by the events that had unfolded.

"I kept thinking everyone was in the hospital, including the two pilots and including my best friends. I thought everyone was in different rooms until two weeks before I left. Then I went crazy … I wasn't in a good place.

"I was kind of crazy. I was suicidal.

"I did a lot of post-traumatic therapy when I was in the hospital to calm things down after my surgery. Over time … I started to feel better."

Many of his tattoos burned off.

"I was a mess. I had smoked so much weed and taken so many pills [prior to the accident], I would often wake up [during surgery]," he went on.

"In about 11 of my 30 surgeries in the burns centre, I woke up swinging on doctors. I'd be opened up and just go crazy.

"I would try get off the table … I don't think I knew what was going on, but they just couldn't give me enough medication to knock me out because I'd been self-medicating for so long and abusing meds for so long. I'd just wake up in the middle of anaesthesia.

"Learning how to walk again and being able to take a shower by myself again … they were the good points that helped me turn a corner."

After his horrific 2008 crash, Travis Barker didn’t get on a plane for 13 years.

Then, in 2021, he shared a snap of him and Kourtney in front of a plane along with the words: "With you anything is possible." 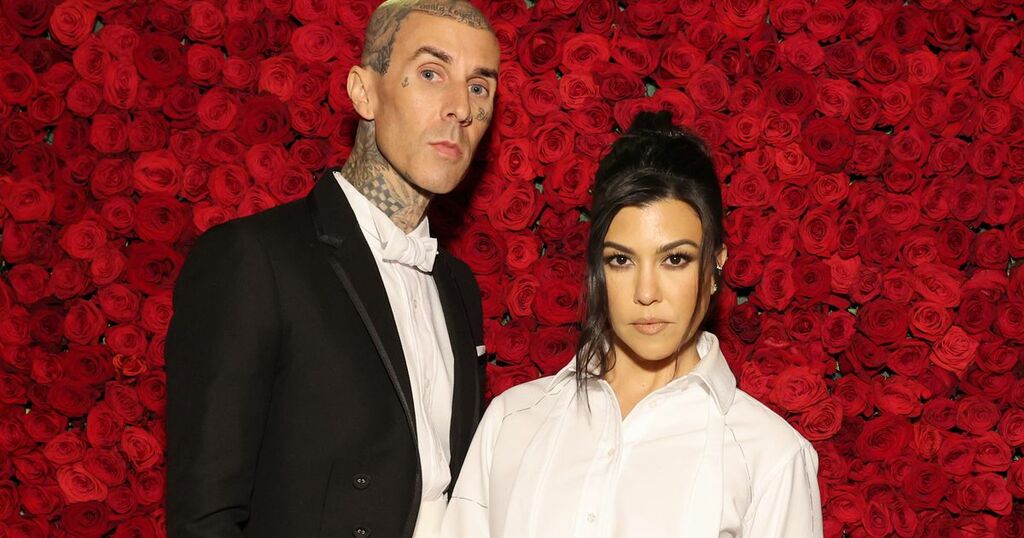 Travis Barker's shocking injuries from plane crash which killed his friends
Travis only stepped foot back on a plane 13 years after the accident.