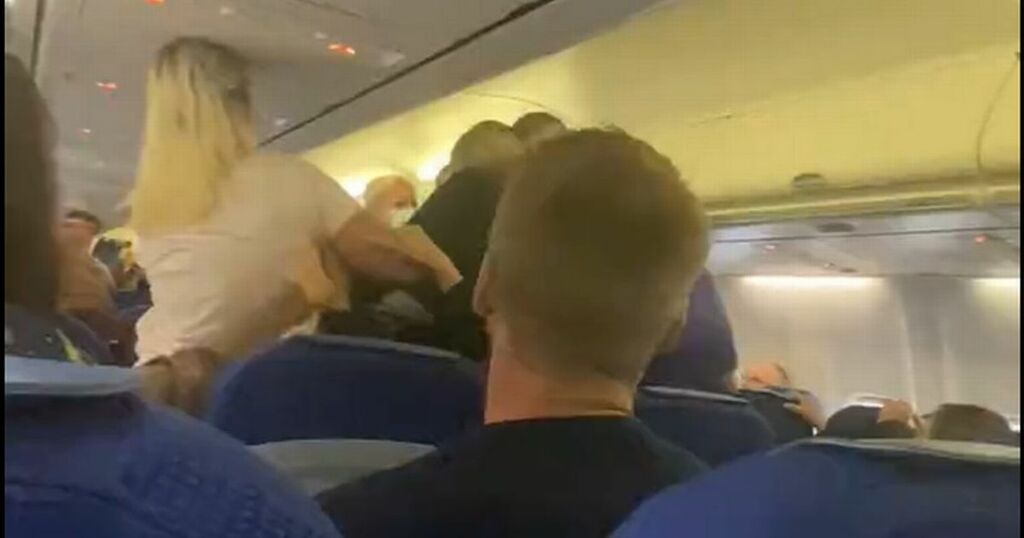 All passengers involved on the alleged onboard brawl from Thursday, May 5, have been arrested.

All passengers involved have been arrested

Travellers issue demand after huge brawl on flight to Amsterdam

Travellers are demanding airlines change their rule on alcohol after a huge brawl on a flight to Amsterdam.

A number of passengers flying from Manchester Airport to Amsterdam onboard a KLM flight on Thursday, May 5 were involved in the shocking brawl. Other passengers can be heard in the video urging them to "behave".

Crew members had to step in to stop the fight between two "unruly" groups of passengers KLM airline said, reports the Manchester Evening News. In a video which has been widely shared on Twitter, stunned passengers can be heard shouting "stop", "behave" and "this is an aircraft" while a man appears to be beaten.

A group of men appear to take turns landing punches on the man while cabin crew members appear shocked and intervene. At the start of the video, a woman can be seen trying to stop the fight, while at another point a man sitting close to the brawl tries to pull one member of the group away.

A woman sat nearby later tries to split the crowd up, shouting "that is enough". At the end of the clip, the man appears to shout back at the group while being held by a member of staff.

KLM says its cabin crew and captain "put an end" to the brawl, before everyone involved was arrested as they arrived at Amsterdam's Schiphol Airport. A spokesperson for KLM said: "[Yesterday] we had some unruly passengers on our KLM 1070 flight from Manchester to Amsterdam.

"The captain and cabin crew put an end to a brawl between two groups of passengers. All involved were arrested upon arrival at Schiphol Airport. No delay occurred. KLM does not tolerate aggression against employees or passengers.

"We apologise to our passengers who may have been affected by the incident."

ECHO readers took to the comments section of the story to demand that alcohol should not be served on flights, or should at least be limited.

Simon Hazeldine said: "This is becoming more and more common...time to do something. Start by banning alcohol on flights and ban people who have been drinking from flying."

Ruth Dignam said: "Alcohol needs to stop being sold in airports and on planes."

Don Foy said: "Time to start drug swipes and breath tests for all passengers? The prospect of a fine running into £1000's just isn't a deterrent!"

Karen M Singleton said: "Should limit how many drinks you get in the airport bar, two max."

All passengers involved on the alleged onboard brawl from Thursday, May 5, have been arrested.

All passengers involved have been arrested