Traumatised woman, 68, waited eight hours in back of ambulance outside of hospital 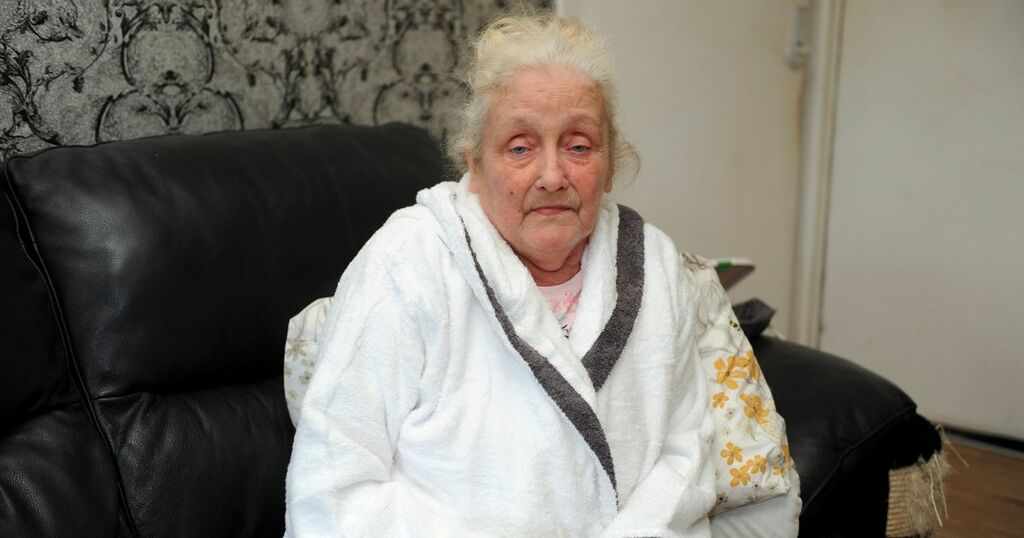 A traumatised patient has received an apology from NHS bosses after telling of her “horrendous” experiences in a hospital she described as worse than the “third world”.

Jeanette Carden spent more than eight hours waiting outside Paisley’s Royal Alexandra Hospital in the back of an ambulance before she was admitted.

But once there she faced a catalogue of issues, including being the lone female patient in a ward with five men - a practice out of favour with the Scottish Government since 2002.

The 68-year-old also contracted E Coli during her stay at the hospital.

Jeanette, who suffers from chest condition Chronic Obstructive Pulmonary Disorder, told the Express: “It really was horrendous. I would expect better in the third world.”

Her ordeal began on September 9, when she was taken to hospital by ambulance.

Jeanette, from Gallowhill, said: “First of all, I spent eight and a half hours in an ambulance outside. The paramedics were brilliant but they had to wait with me.

“They were supposed to finish at 7pm but ended up staying there until they could be relieved at 9pm.

“A nurse came out to give me a covid test, which came back clear, to see if I could be taken in through A&E but they refused. I eventually went into SATA”.

The Specialist Assessment and Treatment Area (SATA) - where patients experiencing respiratory difficulties receive specialist triage - is
part of the NHS board’s contingency planning for emergency departments in response to the coronavirus pandemic.

She was kept in hospital for several days before being moved to ward 27, where she was dismayed to find all the other patients were male.

Jeanette said: “On the Thursday we were told we had been exposed to covid in the room.

“Some patients were tested and sent home. “By the time Friday came there were three of us, one of the men had pneumonia, and we were getting sent to other wards and that ward was getting shut down.

“I thought I was getting sent home but I was shifted, they tested me for covid and it came back clear.

“They shifted me up to ward 27, where they put me on a ward with five men. I told the nurse: ‘I’m not very happy with this, I’m supposed to share a toilet with five men?’

“She said: ‘I can get you a commode and we can pull the curtain round.’ I didn’t want to sit on the ward and use a commode with five men around. It’s about having a bit of respect for me and for them.”

Jeanette also told how a patient she had been in the previous ward with, passed away on ward 27, adding: “They brought his family in, who were grieving. He passed away around 3am and they didn’t take him away until 9am. It was really upsetting.

“I was lying in bed listening to the family grieving. I thought ‘that’s not right’, surely he should have been taken to a private
room.”

But worse was to come when an elderly male patient was also admitted to the ward on Monday September 21.

Jeanette said: “I don’t know whether it was dementia the man had but he was wandering about, he went into the toilet and came out covered in poo, the toilet was a mess as well. I pressed the buzzer to tell the nurses and asked if he could be shifted, they said they couldn’t because the ward was on lockdown.

“They had to come in and clean him up and clean up the toilet.

“On the Tuesday he must have been up through the night, when the nurse came to open the curtains in the morning, he had peed in the night on the floor round my bed.

She added: “He was wandering about all the time at night and from that point on I hardly slept. I thought: ‘This is not right, I’m in here
supposed to be trying to get well. It wasn’t the man’s fault, he shouldn’t have been there in the first place.”

Jeanette says hard-pushed staff hardly entered the ward except at mealtimes and says it added to a string of issues, including commodes not being emptied for hours and delays in changing a blood-spattered pillowcase from a cut to her elbow, which was left from Friday to Monday.

She also alleges clinicians told her she “had a bug” during her stay but only when she read her discharge notes at home did she realise she had contracted troublesome stomach bacteria E Coli.

Jeanette, who was finally discharged last week, said she had been left “dreading the next time” she has to be admitted to hospital.

A spokesman for NHS Greater Glasgow and Clyde extended the board’s apologies over Jeanette’s ordeal, saying: “We are sorry to hear about this patient’s experience and we would ask her to get in touch so we can listen and discuss, first hand, her treatment.

“The RAH, alongside all of our acute sites, is facing significant challenges with more patients than usual being admitted into our
emergency departments. Unfortunately, this means patients can be waiting for longer periods of time before they can be fully admitted and transferred to the appropriate ward.

“We have recruited more than 600 new nurses across NHSGGC and are recruiting a further 500 Healthcare Support Workers in the run up to winter.

He added: “We strive to ensure all our patients are treated in a clean, comfortable environment, and our aim is always to deliver safe,
effective person centred care to all individuals. We can confirm we are reviewing the situation and will take on any lessons learned.

“If there is a suspected case or cases of Covid-19 on wards, we follow standard infection prevention and control protocols in order to
minimise the spread of the virus. This means that wards are temporarily closed to new admissions and to all but essential visitors.

“We appreciate this can be difficult for those patients already on the wards and we try to make it as easy as possible for them to maintain contact with loved ones through our virtual visiting iPads, which are on every ward.”