Traumatised family forced out of home by ute dispute shooting 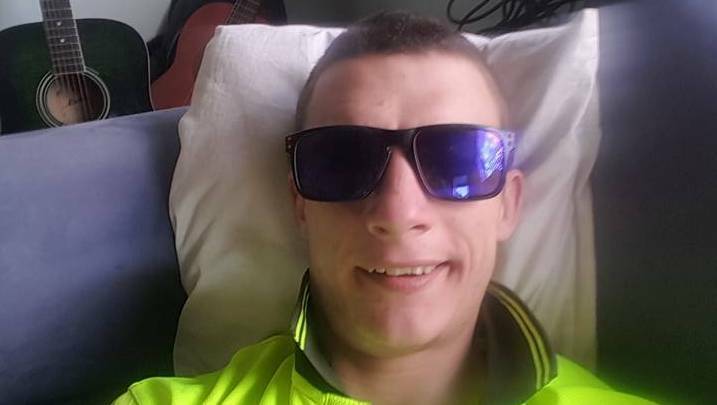 A traumatised Canberra family has been forced out of home by the constant reminder of a former friend shooting the place up in broad daylight during a dispute about a ute.

Nearly a year on from the November 2020 incident, one of the victims is still so haunted she is barely able to set foot outside the family's new accommodation.

Brodie Owen Antoniak, the man responsible for the ongoing anxiety, faced the music in the ACT Supreme Court on Thursday, when he was sentenced to two years and two months in jail.

Acting Justice Verity McWilliam ordered the 32-year-old to serve 18 months of that time without the possibility of parole.

Inmates could be heard playing table tennis in the background as Antoniak, a tiler, fronted court via audio-visual link from the Alexander Maconochie Centre to learn his fate.

He had hoped to be released on an intensive correction order but Acting Justice McWilliam told him that option, sought by defence lawyer Michael Kukulies-Smith, would not recognise the gravity of his "brazen and extremely dangerous" crimes.

In sentencing, Acting Justice McWilliam detailed how the 32-year-old had travelled to the ACT from Batemans Bay on the day in question to collect his Ford utility.

Antoniak had left the car at his former home in Narrabundah, where he briefly lived with a lifelong friend and that man's young family.

When he arrived, there was "a heated dispute" about the ownership and whereabouts of the car.

The judge said a "furious" Antoniak, who told a pre-sentence report author he felt betrayed upon learning his car had apparently been disposed of, left the property and returned in a Holden Commodore a few hours later with a .22 rifle.

After yelling at his long-time friend to come outside, Antoniak began smashing up a gate and jumping on a Ford Focus that belonged to the victims.

Acting Justice McWilliam said it would have taken "some effort" to inflict the amount of damage Antoniak did on this car, having caved in part of its roof and left a "large, foot-sized hole" in the windscreen.

When Antoniak's friend and the man's partner exited their house, Antoniak reached into the Commodore and grabbed the gun.

As the couple ran back inside in fear for their lives, the offender discharged a round towards the male victim and hit the doorway.

He fired a total of five shots into the house as his friend made a panicked triple zero call, during which the man yelled at his partner and their two young children to "get in bath" as gunshots rang out.

Antoniak was arrested within hours, but not before he had sent his mate messages that said "you've got till 5am to return the ute" and "5am maggot".

Acting Justice McWilliam said Antoniak's friend of some 30 years had provided a victim impact statement detailing the "traumatic" consequences of the incident.

The statement described how the man and his partner were haunted by the fact their young children were in the house during the shooting and could have been hit by gunfire.

Acting Justice McWilliam said it also spoke of how the family had left the Narrabundah property "as a result of the house itself being a constant reminder of what happened".

Both Antoniak's now former friend and the man's partner still suffered from nightmares, while the anxious woman had barely left their new home at all.

Antoniak, who committed his crimes during what has been called "a drug and alcohol-fuelled rage", wrote to the court about there being no excuse for his "stupid" behaviour.

Acting Justice McWilliam said this and Antoniak's abstinence from substances during his time behind bars on remand were positive steps towards rehabilitation.

But she said he needed to spend more time in custody to complete programs that would address things like anger management before he was released under "close supervision".

The judge accordingly imposed the jail sentence, backdating it to the date of Antoniak's arrest and making him eligible for parole in May next year.