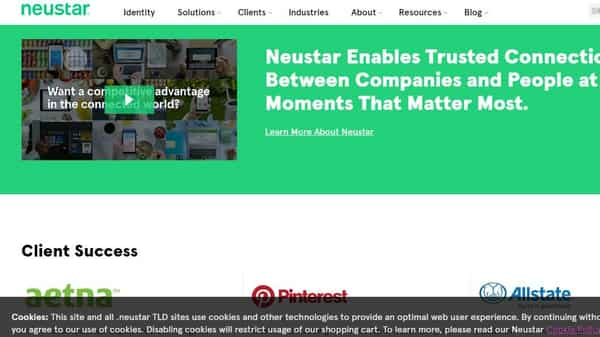 TransUnion is nearing a deal to buy information-services company Neustar Inc. for $3.1 billion, according to people familiar with the matter, a move that could help the consumer-credit reporting giant diversify beyond its core business and put data to new uses.

The purchase of closely held Neustar could be finalized by Monday, the people said, assuming the talks don’t fall apart at the last minute.

Reston, Va.-based Neustar uses analytics and modeling to help businesses identify potential customers and determine which ads to serve them, according to its website. It also provides cybersecurity services.

Chicago-based TransUnion, with a market value of roughly $24 billion, is one of the major credit-reporting firms, alongside Experian PLC and Equifax Inc.

TransUnion is best known for selling credit reports and other consumer data to lenders for underwriting purposes. Along with others in the industry, it has been adding capabilities as more businesses adopt their own criteria for assessing customers. The Biden administration has also signaled interest in establishing a government-backed consumer-credit firm.

TransUnion Chief Executive Christopher Cartwright, who took the top role in 2019, in recent earnings calls has emphasized the company’s plans to make use of the troves of data it handles. TransUnion has made a string of smaller acquisitions recently and pushed further into areas including insurance and fraud prevention. The Neustar deal would be TransUnion’s biggest since its 2015 initial public offering.

Fraudulent purchases, in particular, have become a growing issue as consumers shift more of their shopping online. Fraud-prevention services are also in demand among credit-card issuers, which are sometimes on the hook when such purchases are made with their cards.

TransUnion’s most recent sizable acquisition was a $1 billion-plus deal to buy consumer-credit and identity-verification company Callcredit Information Group Ltd. in 2018.

An investor group led by Golden Gate Capital that also includes Singapore sovereign-wealth fund GIC took Neustar private in 2017 in a roughly $1.8 billion deal. Neustar had been part of Lockheed Martin Corp. before the defense contractor divested itself of the business in 1999. Neustar went public in 2005.