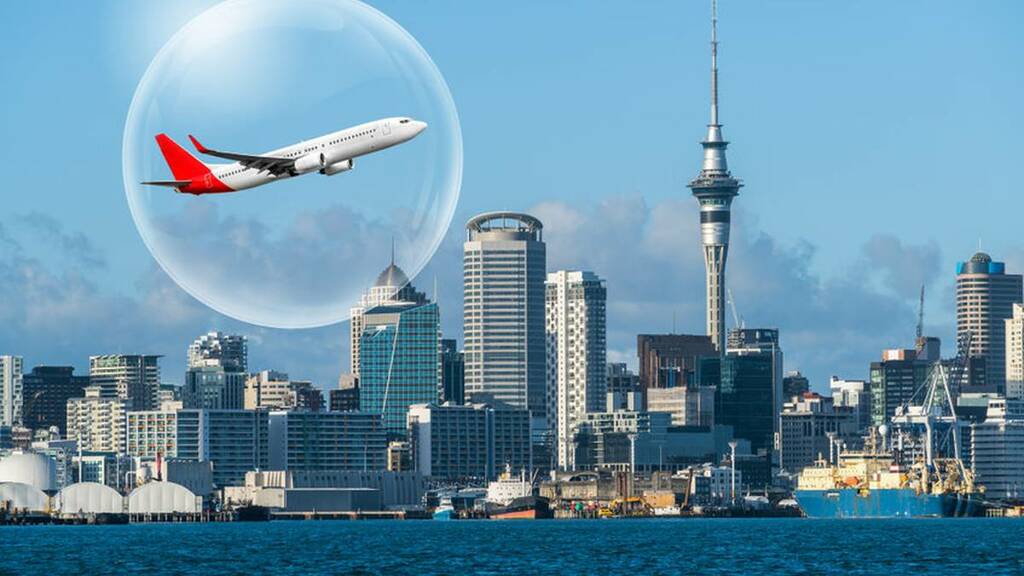 An unknown number of New Zealand superannuitants risk having their pension payments suspended after getting stuck in Australia when the transtasman bubble burst and the freeze went on MIQ.

People can collect super for up to 26 weeks while overseas before payments are frozen. At 30 weeks absent they can be forced to pay back the previous six months of Super.

Their stories are different but there are common themes: they feel unfairly treated, abandoned by the Government, stressed out about their financial lifeline being cut, and worried about how when and how they will get home.

Covid-19 Response Minister Chris Hipkins told Checkpoint there would be "news for people in Australia within the next couple of days" on how long the travel bubble suspension would last.

For many travelling, whānau was the big drawcard; that's why Donna and Allan headed to Australia in May.

Allan told Checkpoint the pair had children and grandchildren in Australia that they had not seen for about 18 months.

"We have been doing our best to get back home, but the managed isolations are all full and they don't tie in for quite some time, so it's just not open.

Then the freeze went on vouchers, and now their pension.

MSD warned the couple they were about to hit the limit for time out of the country, so they opted to put a hold on their Super to avoid a super-sized debt.

"They have suspended it for the time being and when we get back they'll be in talks with us," Allan said.

"It's bloody crazy because we're entitled to that pension and we've spent all these years paying taxes to get to the stage and now they make you feel ... like a prisoner."

He said they had an email saying they would have to pay back the last six months of their pension.

Donna said it was the couple's choice to have their pension frozen.

"We did not want to go back to New Zealand and into a $15,000 debt between us to have our pension paid ... back to the Government.

"We look at our pension as not a gift from the Government, it is money that we have worked for.

"We are entitled to our pension. I can't understand why they would want to claw it back."

Allan said they could not get back on repatriation flights because the last flight was from Sydney, and borders between Australian states were closed.

"When we came over, we had to sign a declaration with the Queensland Government to say that we wouldn't go out of Queensland, which we were quite happy to do.

"We're both fully vaccinated and I don't see why we can't get back on a green flight and maybe isolate in our own home."

Donna said the Government had "failed us as New Zealand citizens".

"We are entitled to come home just like anybody else around the world is."

'Show some of Jacinda's kindness'

Queensland is not looking so sunny for Pamela either - hers was never a run of the mill holiday.

"Our son had a bowel cancer diagnosis, his wife has chronic fatigue, and they have three little children: two, six and nine. They needed help to move house."

She travelled with her 76-year-old husband.

And now as the days tick up the clock ticks down on her pension payments.

"I think they should show some of Jacinda's kindness and continue to pay the pension until we can get back.

"It's not a nice feeling to know you cannot go home and you have no idea when you can go home and your pension is going to be stopped and you're going to have to repay six months of the pension."

Pamela said she was treated "unfairly".

"No kindness coming our way."

The freeze is coming off MIQ vouchers next week - but none of them will be for people coming from across the ditch.

Helen is in Australia's ground zero for Covid-19: Sydney.

Her daughter and only grandchildren live there. She has until November before her pension is pulled.

When the Government offered up mercy flights and MIQ spots; she said people were asked to make way for people whose need was urgent.

She said she did not need to return urgently.

"I stood aside and then I have found that there aren't further flights and they're not going to get us home, and it was a gut-wrenching moment when I realised that."

Helen said she felt "ignored" by the New Zealand Government.

"I just have a message from Jacinda sent out to all New Zealanders ... be kind to each other, and I thought, well, that would be nice.

"I'm still a taxpayer. I don't want to be here, but I have no choice."

Sally bounced over on the bubble too to see family and friends.

"We were thrilled and looking forward to having a bit of a trip away."

It was pretty exciting until it wasn't.

When the call went out to get home, Sally said she and her husband were "out back".

"We were all up in the Northern Territory.

"So for us to drive the over 3000 caves, all in our 70s, drive the 3000 caves back to Brisbane and then have the pre-departure test three days prior once we got here, we wouldn't have made it."

She said her sons were in New Zealand, and now it was also getting tough financially.

The exception to these pension rules and way to preserve payments is if your absence from the country is because of circumstances beyond your control, that you could not have reasonably foreseen prior to departure.

In a statement, the Ministry of Social Development (MSD) said there was a legislative provision that allowed MSD to consider each case on the facts as there may be other unforeseeable reasons a person may not be able to return, for example, there may have been a serious medical event that prevented their return.

Covid-19 Minister Chris Hipkins told Checkpoint he could not promise anyone wanting to return from Australia an MIQ space before Christmas.

Hipkins said there would be an announcement in a few days about whether there will be any more "red zone" flights, with one arriving today.

However, he warned those in Australia not taking MIQ rooms and instead of waiting for the resumption of the transtasman bubble they were facing an uncertain wait.

"That could be some time away."

At present Australia is being looked at "as a whole" rather than state by state, so it was likely all travellers would have to go through the MIQ system.

As for Superannuitants facing the loss of their payments because of the time they have been out of the country, Hipkins is working with the Minister of Social Development on the issue.