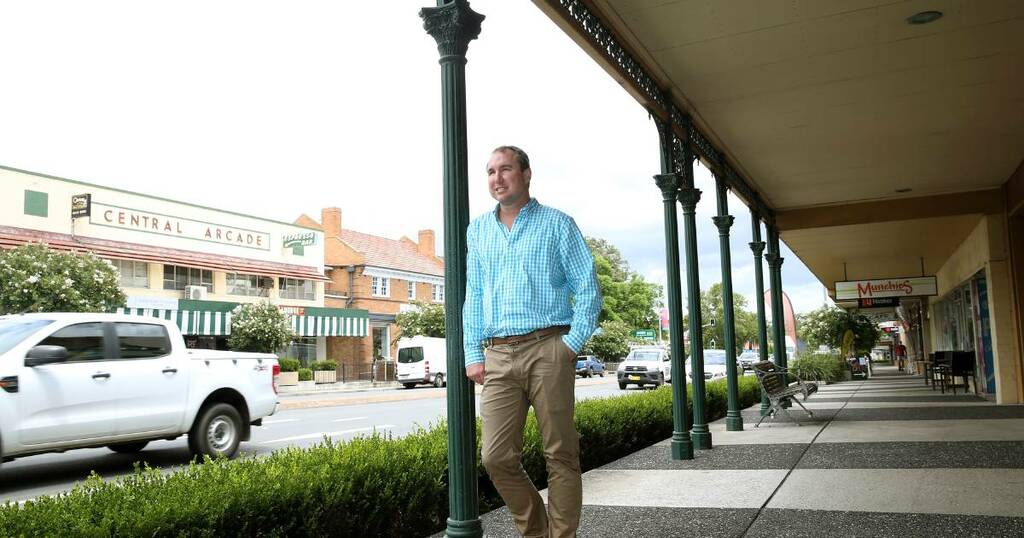 'Get off your arse and get up here': Upper Hunter's message to leaders
'It's not our job': Councils forced into the void due to lack of action on Upper Hunter diversification.

The Committee for the Hunter says some campaign commitments have hit the mark, but it wants movement on more long-overdue…

How energy 'transition' became a dirty word in the Hunter Valley

TO many in the Hunter, "transition" or "just transition" is a shorthand term for you are going to lose your job.

The phrases, initially developed by the trade union movement in North America to describe interventions to secure workers rights and livelihoods when economies shift from extractive reliant to renewables, are now dirty words.

New research has found Australian politicians, exploiting coal mining communities' fears about their future, have tainted the phrases so they are "toxic".

Coal communities, like the Upper Hunter, view transition as something being imposed on them by people in cities.

Dr Gareth Edwards, Associate Professor in Geography and Development, from Britain's University of East Anglia, teamed with Dr Robert McNeil and Professor Susan Park, both from the University of Sydney, to look at a just transition away from coal in Australia.

The researchers said the most significant finding was how regional communities, including the Hunter Valley, view the terminologies.

Dr Edwards said political rhetoric had "poisoned the chalice" of talking about transition and people working or living in coal mining communities associate the terms with the idea of people from cities trying to close down the industry they rely on.

He said internationally it was "fairly well accepted" if countries are transitioning energy systems, workers and communities reliant on coal should be looked after.

Politicians wheeling out the tired old "jobs versus environment" argument were fueling the distrust.

"The number one thing we found when we started talking to people, and also from our analysis of literature and press coverage, was that transition was a problematic term," Dr Edwards said.

The situation was made worse by some Australian politicians and interest groups being stuck in a climate policy cul de sac.

Dr Edwards said when we talk about transition or just transition, communities are told loudly and repeatedly by vested interests that they can have jobs, or a healthy environment, but they can't have both.

This has created fear among coal-dependent communities and led to the phrases transition and just transition becoming "toxic".

"It's framed that they're coming for your jobs," Dr Edwards said.

"People working in this space in Australia, rather than talking about seeking a transition, they talk about economic diversification and new job opportunities, words like that don't provoke the same kind of visceral reaction from people."

The researchers also found that there was a clear distinction between coal sectors in the Upper Hunter and how people working in the different sectors view their futures.

People working in the domestic power generation sector are well aware that coal only has a limited lifetime.

The company flagged a closure date of 2032 for Eraring in May last year but said earlier this year that "growth in renewable energy challenges Eraring's viability".

Eraring provides about a fifth of NSW's electricity and employs about 230 workers and 200 contractors.

"In the Hunter, and even in Queensland, most of the power generators are not talking about continuing," Dr Edwards said.

"They're just talking about maintaining that power station and that they're going to be closing sooner rather than later probably."

But surging export coal prices, which are forecast to propel Australia's annual thermal coal exports to a record $45 billion this financial year, almost $20 billion more than the previous peak, has buoyed many mine workers.

The government's Resources and Energy Quarterly publication shows thermal and metallurgical coal exports will exceed $100 billion for the first time in 2021-22 as the conflict in Ukraine, rising demand and logistical pressures drive global prices higher.

About 80 per cent of NSW coal is exported. China's share had grown to be about 20 per cent of Newcastle exports before the political stoush with Australia led to a ban importing our coal in late 2020. Other markets including India, Malaysia, the Philippines, Vietnam and Thailand quickly filled the void, and tonnages were only 1 per cent down last year.

During the past eight years alone, more than 3.45 billion tonnes of coal has moved through the Port of Newcastle, with an export value of $150 billion.

The International Energy Agency predicts that, if the demand for coal being exported through the Port of Newcastle and Port Kembla remains on its current trajectory, it will remain static, or continue to grow, until at least 2040.

At the same time, our three biggest coal customers - Japan, South Korea and Taiwan - all have net-zero carbon emissions targets.

"When you have a record high coal price, the company indicates well of course the coal market is good at the moment and that is what people working in Singleton mines see," Dr Edwards said.

"So that further complicates talking about transition because when you are talking to people like that, of course, there's no reason for them to think that everything is imminently about to change."

Singleton and Muswellbrook mayors, Sue Moore and Steve Reynolds, both agree that transition and just transition are problematic terms in the Upper Hunter.

They both told the Newcastle Herald they never use them because residents find them upsetting and it ends the conversation too quickly.

"When they hear transition people hear the mines are going to close tomorrow, hang onto your chairs because your jobs gone," Cr Moore said.

"We use the word economic evolution because it indicates we're going to grow into new jobs, they're not necessarily going to be there tomorrow, but we're working towards them.

"It helps keep the conversation open and break down barriers, these are tough conversations."

Cr Moore, who has a close family member working in a mine, said talking about the future is "very sensitive" .

She said too much talk and no action means people tend to pick the negative words from conversations and they don't hear the message.

"It has a flow on effect right through, all the economic areas of town, if there is talk about closing the coal mines down," she said.

"I like to start each conversation by saying the coal mines will continue as long as their approvals allow and as long as people keep buying our coal from overseas, then you can have a conversation."

Cr Reynolds said people see the word transition as taking one job and replacing it with another, which they fear.

"We need to diversify and people can accept that, but the word transition just gets misconstrued and it's counterproductive," he said.

"Transition is used down in Sydney and Canberra, it doesn't work here.

"We need to be having this conversation in terms where people will engage. We're the coal capital of NSW, I think people agree we need to diversity and that's exactly what we are talking about here."

Dr Edwards agreed the majority of people talking about transition are not seen as invested in local communities. "They're seen as outsiders and coming in telling local communities effectively what you are doing is bad and you need to stop," he said.

"It's quite a complex situation, but that's part of the reason why talking about a transition is so difficult in Australia and the other part is the federal government is completely unwilling to talk about it."

According to the research, the alternative to a just transition, is a disorderly transition. Dr Edwards said this would leave workers and communities with not enough time to plan for their futures.

"A disorderly transition means more announcements like Origin or AGL that this power station is closing, or Glencore that this coal mine is closing down and not a lot of lead time to actually work out what workers and communities are going to do for employment and livelihoods next," he said.

"A just transition means actually saying we know that this is the direction of travel and we so we need to start thinking about what the plan is to shepherd communities through that change."

'Get off your arse and get up here': Upper Hunter's message to leaders
'It's not our job': Councils forced into the void due to lack of action on Upper Hunter diversification.

The Committee for the Hunter says some campaign commitments have hit the mark, but it wants movement on more long-overdue…