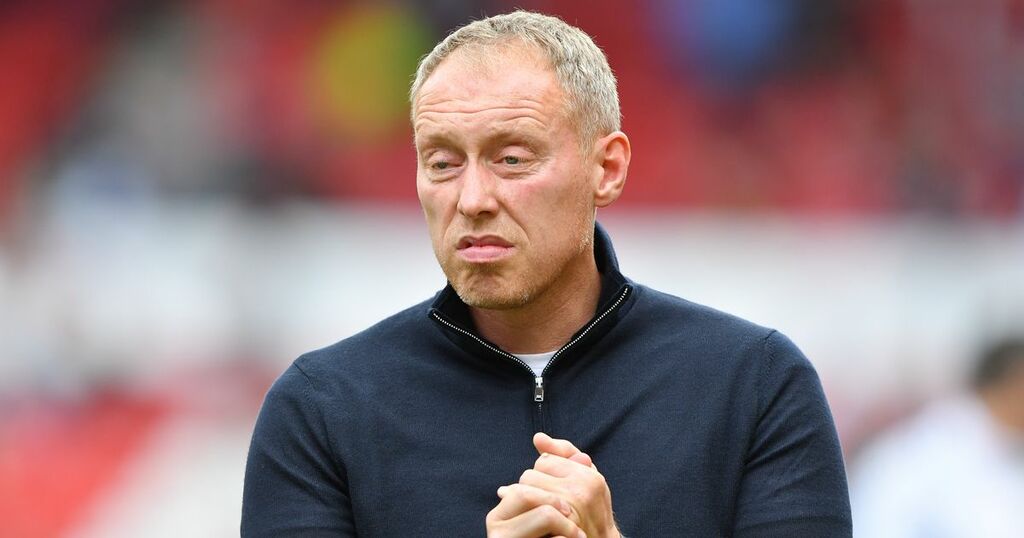 The Championship campaign resumes this weekend, with Nottingham Forest returning to action against Blackpool at the City Ground.

Steve Cooper’s side will be aiming to make it three league wins on the spin, having seen off Barnsley and Birmingham City in style before the international break.

The Reds are out of the relegation zone and up to 17th in the table as the new boss has had a positive impact on the squad.

Ahead of Saturday’s clash, Forest reporter Sarah Clapson answered fans’ questions in a live Q&A on our Reds Facebook page.

Here’s how it panned out.

Q: If we buy Spence, Lowe and Zinckernagel, do you think we have to sell to fund them, in order to meet FFP?

A: All three of those loan players have made a really good start. But there is still a long way to go yet.

As far as I’m aware, Forest don’t have any kind of options in place come the end of their loans.

If they keep up the same kind of form they’ve been showing, though, Forest would be daft not to ask the question about at least some of them.

Zinckernagel signed quite a long-term contract when he joined Watford, so they will hold all the cards on that front.

We’ve spoken to our colleagues in Middlesbrough about Spence. He was well down the pecking order, hence coming to Forest. And there’s probably a question mark about his future longer term.

If he keeps up the same kind of form, I’d be very surprised if Forest don’t look into signing him permanently.

In terms of FFP, Forest had to do some really clever business in the summer.

They did well to hang on to Joe Worrall and Brennan Johnson, despite a lot of interest. All while trying to balance the books and competing against clubs who benefit from parachute payments. That’s not an easy task!

Last summer, a lot of clubs were really having to manage their finances because of the effects of the pandemic.

Next summer, hopefully they will have had a year of having fans back. That might change the landscape a bit, but I still think many clubs will tighten their belts somewhat. The effects of the pandemic will probably continue for a few windows yet.

Forest have made it a priority to stay within FFP. That’s been a key focus since Evangelos Marinakis came in.

They didn’t make a big sale in the summer just gone, so it’s going to be interesting to see if they can manage without doing so again.

They do have a fair few players out of contract at the end of the season, too - like Lewis Grabban and Tobias Figueiredo.

There’s likely to be a few changes in the squad again come the summer.

Q: When do their loans end?

A: They are all at Forest for the season. That’s the case for all five loanees.

Jordi Osei-Tutu is back at Arsenal at the moment because he is still injured. He is likely to be out for a while yet.

Most loan deals do tend to have break clauses.

It came to light about James Garner’s a few weeks ago, but it’s nothing unusual. His dad took to social media to stress that he’s very committed and it’s not something to be worried about.

Q: Are we going ahead with the ground redevelopment as haven’t heard anything?

A: Forest are still waiting for the green light on planning permission. That’s what’s holding it up.

The club were hopeful it would go through towards the end of the summer, but it’s always difficult trying to put any kind of timescale on it. It’s not quite the same as a planning request on a house!

People do question whether it’s going to happen, because of the lack of updates. But there has been a lot of money already spent around the plans so far, which does show a level of commitment.

We’re told the commitment is there, it’s just waiting for an update from the council.

Q: We’re still paying high wages for players like Jenkinson, Arter, Bong, Colback and Grabban, and instalments for Carvalho - that puts the shackles on until the end of next season…

A: Forest did cut their squad in the summer. Trimming numbers - and the wage bill - was one of their big priorities.

They did manage to get some off the books - although not all of those who were told they were free to move on.

Arter is still contracted to the club, but is on loan.

Jenkinson didn’t manage to find another club. Forest will try to move him on again in January, because he is still not part of the first-team set-up.

Bong is an interesting case. He was told he could move on, but then got brought back into the fold because of a lack of options at left-back, so his situation has changed a bit.

What business would you like to see Forest do in January? Have your say in the comments below

He can’t get into the team because of Max Lowe’s form, but while Osei-Tutu is still injured, that may well affect Forest’s plans for him.

Grabban and Colback are both involved in the first-team.

Grabban is out of contract in the summer. If Forest do offer him fresh terms, I’d expect it to only be short-term - maybe a one-year deal. I can’t see them offering any longer than that.

For me, the priority in January has to be to bring in a striker - start trying to find a successor for him.

They do lack strength in depth up front, and they need to be looking for someone to replace Grabban in the long-term.

Q: Will we see Silva, Drager and Ojeda any time soon?

A: Drager and Ojeda haven’t been available up until now. They had to complete their quarantine, and then it is taking time for them to get up to sharpness and get their fitness up to scratch.

They played for the Under-23s just over a week ago and did okay.

They should be in contention after the international break. But whether they will play or not is a different matter, because there is a fair bit of competition.

I don’t think Drager would get in ahead of Spence at right-back, at the minute. And there is a battle for places in midfield for Ojeda. It might also take a bit of time for him to adjust to the Championship.

Cooper will have been taking a close look at them in training during the international break.

Silva looked okay when he came on as a substitute, but also faces a lot of competition - even though he can play across the front three.