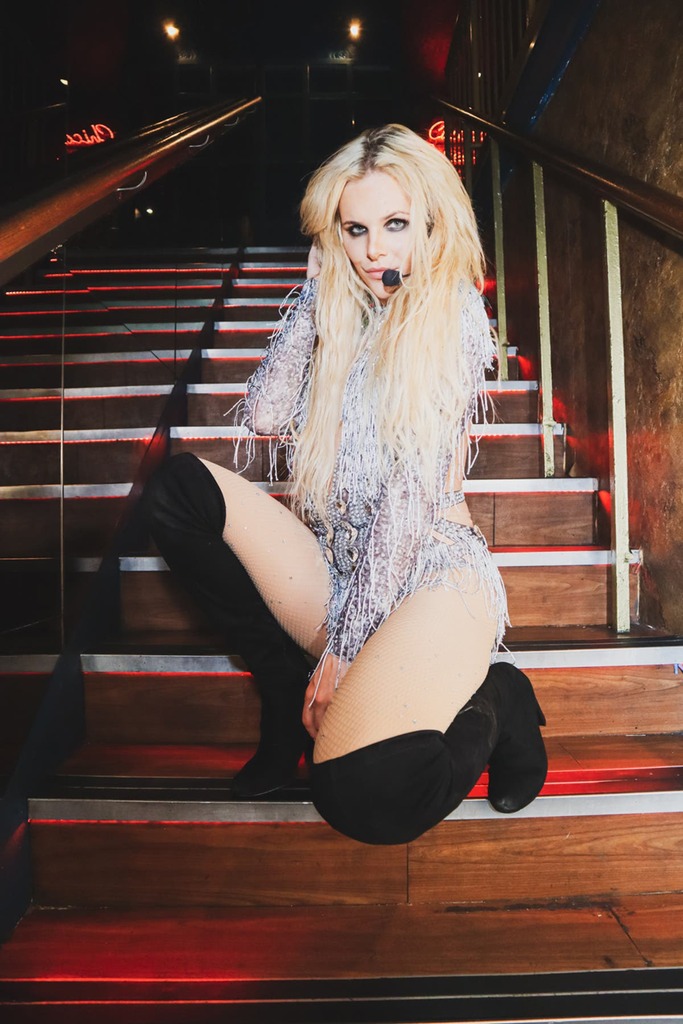 Meet the trans woman who found a new lease of life as a Britney impersonator
Pavie Valsa, 27 was “living in pain” until she moved to London, came out in 2017 and landed a ‘Britney…

Pavie Valsa, 27, originally from the Czech Republic, began her transition in 2019 after years of "pain" - and now…

Britney Spears and Sam Asghari teased fans ahead of their wedding day, revealing they have now set a date but…

In this week's column Val, the mum of Mirror columnist and football legend Robbie Savage, praises Davina McCall for getting…

The bride-to-be looked stunning in a white lacy ensemble

A number of trans candidates were successful during the local elections in the UK.

A transgender woman who struggled with anxiety and depression in her teens says she finally feels confident and comfortable with herself after transitioning and becoming a Britney Spears impersonator. Pavie Vlasa says she was "living in pain" after being “trapped in the wrong body".

But the 27-year-old says she was handed a lifeline after moving to London in 2016. For it was in May 2021 when she was offered a residency at cocktail bar, Tonight Josephine, in Waterloo where she performs as It’s Britney Brunch four days a week.

The show, which sees her lip syncing to unforgettable Britney hits like Toxic, as part of a medley of 12 songs, has become a huge hit. Pavie, of Finchley, north London, says that after a few glasses of prosecco punters start to believe they are watching the real star.

Singleton Pavie, who began hormone replacement therapy (HRT) in 2019, has since spent £3k on chin, cheek, nose and lip filler, brow lifts and Botox and £7k on breast augmentation surgery, which she had in January this year. She said: “Even though I’m impersonating someone, I feel like I’m able to live as my true self finally.

“After I came out in 2017, a whole new world opened up. I’m living as my authentic self now.

“I’m so happy in my body. I feel happy, I feel confident. My entire life changed when I came out as a woman.”

Performing as Britney came naturally to Pavie, who loves dancing in sparkly dresses and lip-syncing to hits like Womanizer. She told how people actually confuse her with the pop icon when she is in full make up, despite Britney being just over 5ft 3in, while she stands at 5ft 8in.

And, following more than a year of performing as the superstar – with fans paying between £39 and £50 including bottomless prosecco, beer and spritz cocktails to watch – Pavie says she sometimes catches herself laughing or smiling like Britney, even when she is out of costume. She said: “When I’m dressed like her and performing to her hits, it really gives people the illusion that they’re watching Britney.”

She added: “I try to give them the Britney experience and, after a few glasses of prosecco, they start to really believe it is her. Sometimes, when I laugh or smile, I am shocked to find I’m doing it in the way she does. I have to think about it to switch back from being her into me.

“When I’m out, so many people tell me I look like Britney, it’s crazy. And then I’ll bust out the moves and everyone loves it. It’s such fun!”

Pavie would love to issue an open invitation to Britney to come to one of her shows and would also happily offer her services as a double if she ever wants a decoy to evade the lenses of the paparazzi. She said: “I would love for Britney to come and see me, I think she would enjoy it. It would be an honour. Maybe she’ll think she’s looking into a mirror.

“If she ever wants to get rid of the paparazzi, I’d be happy to be her double so she can escape from them. She can get in touch with me any time.”

Destined for a career in the spotlight, when Pavie was just four and living as a boy in her native Czech Republic, she would entertain family members with song and dance performances in their living room. She said: “I was born to be on stage. This is my destiny.”

But, finding her true identity has been a tough journey for Pavie, who was often bullied at school, as she was very feminine from her early teens. She said: “As a teenager, I didn’t know I was transgender, but I was always on the feminine side. I used to be called gay boy.

“I was always the target of bullying because of the way I was, so it was really difficult. I was living in pain, not because I was struggling mentally, but I felt like I was missing something. And in some ways, I felt like I was hiding away.”

Pavie moved to Australia on her own in 2013 when she was just 18 and finally began to embrace how she felt and started to go to gay bars. But it was when she moved to London three years later that she began to dress like a woman and became increasingly more uncomfortable in her then male body.

She said: “I was always asked if I was a boy or a girl and I used to just tell people I was genderless. I didn’t have any gender dysphoria. But when I moved to London in 2016, I started dressing up as a woman.

“In 2017, I got to the point that I was so uncomfortable with my pronoun being he and with my body. I felt like I wasn’t male, I was female. It was such a big struggle.”

Working as a make up artist at a photo studio in London, she was surrounded by supportive people. She found herself in a community of likeminded folk, which built her confidence so that, in 2019, she found the courage to come out to her family members as a transgender woman.

Pavie added: “In London, I found a community where I felt like I could be myself. Your environment is so important especially when you’re different. I was so lucky to work in a photo studio where lots of the employees were LGBT and they were all so supportive.”

She added: “I came out to my family as a woman over the phone in 2019 and they took it really well, I think they needed more time to process when they found out I was gay in 2013. My mum said over the phone to my dad that she was meant to have a girl. It was a really beautiful moment for us.”

With the NHS waiting list for HRT expected to be more than three years, according to Pavie, she turned to a private practice in London and began treatment in April 2019, costing her £2k over two years. At the time, suffering with depression and anxiety, she says transitioning saved her life.

She explained: “Hormone treatment saved my life, I wouldn’t be here if I didn’t get it. It was sent from heaven. I couldn’t imagine my life without it.

"I feel so at peace with who I am now. But, before I started transitioning, I was going through a lot of anxiety and depression and I didn’t want to see anyone. It was very isolating.”

By January 2020, Pavie started to make visible changes to her face to align with how she felt she should look. And, after more than two years of hormone treatment, she finally had £7k breast implants in January 2022, taking her to a 34C cup, which she is “so happy” about.

She said: “I just want to be aligned with how I feel. And I’m so happy with the results.

“The hardest part of transitioning is when you know you are trans and start coming out to people. From that point, you have to physically and psychologically change into a woman. But it’s been so worth it, as these last few years have been the best of my life.”

Transitioning has been a life-changing experience for Pavie, who urges people to show compassion towards others who are going through the same process. She said: “I think compassion is so important for anyone who has never met a transgender person, who has no idea what it is.

“It’s so easy to judge. We should all just be kind to each other.

“I want it to be easier for the next generation of trans people so they can feel comfortable in their skin and be accepted. We are not weirdos or freaks, we’re normal people who were born in the wrong body and want to live a happy life just like anyone else.”

Meet the trans woman who found a new lease of life as a Britney impersonator
Pavie Valsa, 27 was “living in pain” until she moved to London, came out in 2017 and landed a ‘Britney…

Pavie Valsa, 27, originally from the Czech Republic, began her transition in 2019 after years of "pain" - and now…

Britney Spears and Sam Asghari teased fans ahead of their wedding day, revealing they have now set a date but…

In this week's column Val, the mum of Mirror columnist and football legend Robbie Savage, praises Davina McCall for getting…

The bride-to-be looked stunning in a white lacy ensemble

A number of trans candidates were successful during the local elections in the UK.