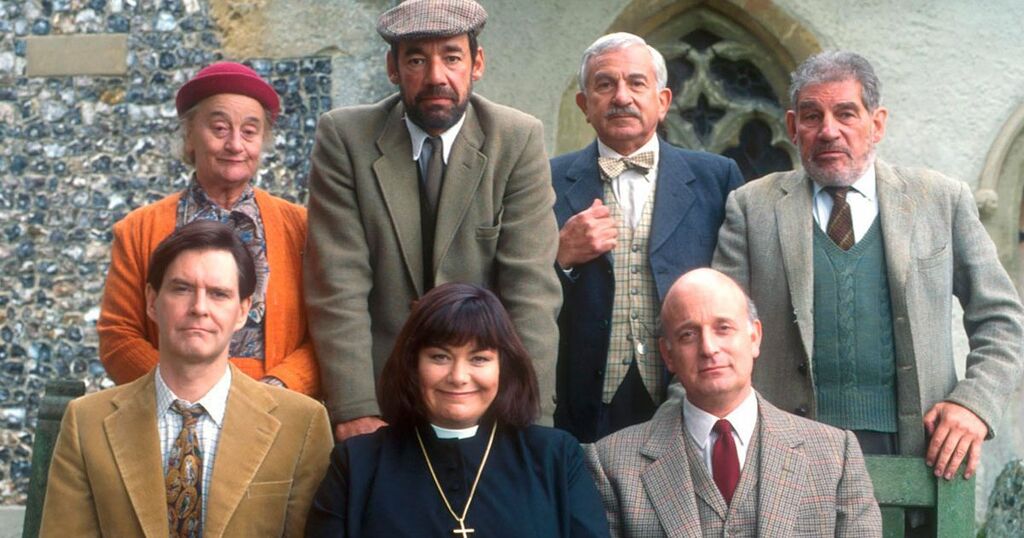 Six cast members from much-loved sitcom The Vicar of Dibley have now died.

Gary Waldhorn, who played councillor David Horton, is the latest star of the BBC show to have passed away.

The 78-year-old’s death was announced on January 10 in a statement from his son, Josh.

His famous co-star Dawn French, who played vicar Geraldine Granger, said she was “heartbroken” at the news.

Dawn and James Fleet, who played bumbling Hugo Horton in the hit show which ran from 1994 to 2007, are the only actors still with us.

Gary’s death follows the passing of fellow Vicar of Dibley cast members including Liz Smith, Roger Lloyd-Pack and Emma Chambers, who died at the age of just 53.

Here we look back at what happened to the Vicar of Dibley cast and the losses they have suffered since 2014.

Announcing the sad news of his death, his son Josh said: "Classically trained, it was the theatre where he truly flourished and he leaves a legacy of entertainment that saw him frequent the boards of Broadway, the West End and our living rooms on the telly!

"He leaves behind his two grandsons, Cooper and Bayley and his son Josh. We will all miss him terribly."

The late star recently appeared in a Christmas special, The Vicar Of Dibley In Lockdown, alongside co-star Dawn, and James Fleet, who plays his son Hugo.

He also appeared in classics like Brush Strokes, where he played Lionel Bainbridge from 1986 until 1991.

Who can forget Trevor Peacock’s stunning comic performance as Jim Trott in the BBC sitcom.

Known for his famous catchphrase ‘No no no no... yes” Trevor won a huge fan base and prompted many impersonations of his character.

Sadly he was diagnosed with dementia in 2009, which led to him retiring from acting due to his declining health.

His last appearance onscreen was in a 2015 Vicar of Dibley Comic Relief special.

On March 8, 2021 Trevor’s death was confirmed by his agent who said he had passed away at the age of 89 from a dementia-related illness.

Much-loved actress Emma Chambers captured the hearts of the nation for her portrayal of dippy Alice Tinker on The Vicar of Dibley.

It was her most iconic role and landed her the British Comedy Award for Best Actress in 1998.

Another career highlight was when she starred in Notting Hill as Honey Thacker, the younger sister of Hugh Grant’s main character.

Sadly Emma passed away aged just 53 in February 2018 after suffering a heart attack.

Co-star Dawn French, who played her best friend on the show, said: “Emma was a very bright spark and the most loyal & loving friend anyone could wish for. I will miss her very much.’

She also posted a tweet in dedication with a picture from the show, writing: ‘I was regularly humped like this by the unique & beautiful spark that was Emma Chambers. I never minded. I loved her. A lot.’

Best known for his role as Frank Pickle in the long-running series, actor John Bluthal died aged 89 in November 2018.

His character was known for telling very long stories to people in the village.

But his most memorable and most iconic storyline was when Frank came out as gay.

Liz Smith is probably best known as the Nana from another BBC sitcom, The Royle Family.

She made her acting debut at the ripe old age of 49 in 1971 in a Mike Leigh film, but it was her starring turn in The Vicar of Dibley which made her a household name.

Her role as Letitia Cropley in the series made her an instant hit with viewers, but her character died in the Easter special episode in 1996.

The late great Roger Lloyd-Pack was already well known as Trigger from Only Fools and Horses when he joined the cast of The Vicar of Dibley.

And he won fans over even more with his portrayal of farmer Owen Newitt.

Although he played slow-witted characters on-screen, Roger was said to be very intelligent in real life.

Off-screen Roger was diagnosed with pancreatic cancer and he died at home surrounded by his wife and close family in January 2014 at the age of 69.