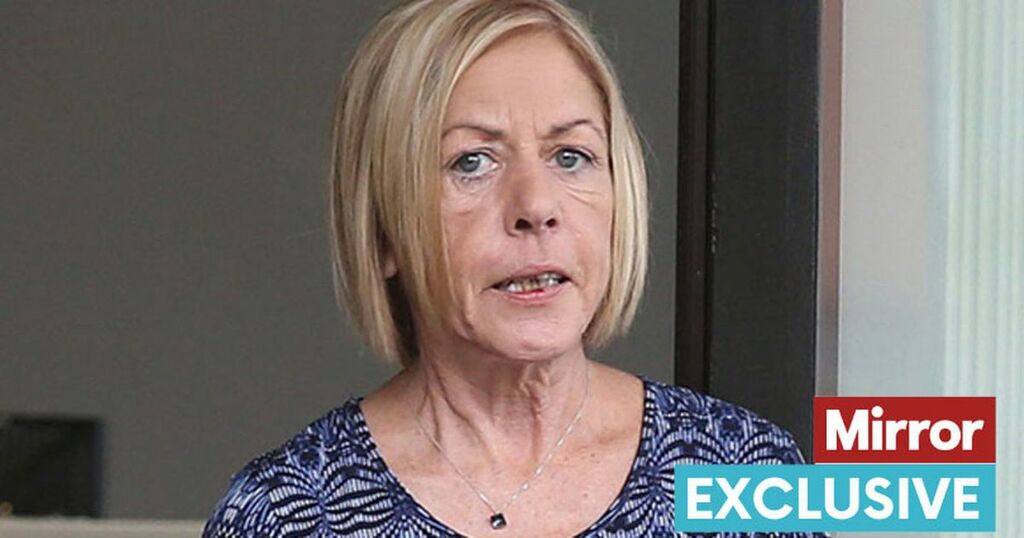 It’s the stuff that dreams are made of. A lottery win, a future free from financial worries, wealth beyond the wildest of imaginations.

But for Margaret Loughrey – later known as Maggie Millions – the reality of becoming a multi-millionaire overnight was more like a nightmare.

It was a sunny morning in November 2013 when her life was transformed.

Then 48 and divorced, she had been walking home to her two-bed bungalow after a trip to the job centre when she bought a Lucky Dip EuroMillions ticket.

Until then, Margaret, who died alone in her home earlier this month, had been living on £71 a week.

She examined them again when she came inside from her garden and paced her home for around five hours.

What would you do if you won a lottery draw? Join the discussion in the comment section

Then she called her brother Paul to tell him she had won almost £27million.

He recalled: “I was the first to be told. We were close right up until the money. But from that day I knew.

“I told the rest of the family this is not going to be good for Margaret.

“Over the years people have said to me, ‘It must be great to win all that?’

“But I’d say, be very careful what you wish for because it nearly ruined all our family. Not just Margaret.”

Growing up the third of six children, Margaret’s childhood was a happy one.

But her struggles began following the tragic death of her beloved dad Hughie when she was still in her teens.

“It was a terrible time. He was a fantastic father. I don’t think Margaret got over it and after that she had mental health issues.”

The pressure that came with her win became too much and she “chased” her four brothers and sister from her life.

Paul, a dad-of-three, said: “I was the first to be told to go. It was very sad. She just didn’t want to know us anymore.”

And yet even as she cut ties with them, Margaret gave £1million each to Paul and other members of the family, as well as a handful of her closest friends.

Paul said: “She didn’t want us in her life but still she gave us the money.

“It doesn’t make sense, does it? But she made sure we were all OK.”

Margaret’s many problems were well documented and within months of her win she was sectioned. In 2015, she was ordered to do 150 hours of community service after being convicted of assaulting a taxi driver.

Last year, she was told to pay an ex-employee £30,000 following a claim for unfair dismissal.

In 2019, she said her lotto win had “sent her to hell and back”, adding: “Money has brought me nothing but grief. It has destroyed my life.”

What is less known is Margaret used her money to quietly help her community in Strabane, Co Tyrone, known for high unemployment rates during the Troubles.

Locals told this week how she covered funeral costs for at least one hard-up family in the border town.

One said she paid for people to have gastric bands fitted, to travel to Turkey to have their teeth done, and for expensive surgery for ill children.

There was a rumour the mansion would later go to a school.

And, of course, Margaret also pumped money into local charities.

Grainne Dunne, vice-principal at Knockavoe School in Strabane, which caters for kids from three to 19 with special needs, said she was adamant her good deeds were done discreetly.

She added: “She came to see us a couple of years ago and soon after we received a very substantial donation. She was a modest woman.”

Last week, Anne Ramsay, from New Horizons, which supports adults with intellectual disabilities, told how
they had received a vehicle and a “substantial sum” from Margaret.

Councillor Paul Gallagher added she should be remembered for the good things she has left behind. He said: “Covid has put a mighty strain on charities. She had her troubles but Margaret has helped with the survival of these groups and those benefits will be felt for a long, long time to come.”

And while huge sums of her money were spent elsewhere, Margaret, who never drove, splashed out on a fleet of cars that included a VW camper van, a Land Rover and a yellow Mini. She owned a pub as well and bought a derelict mill in nearby Sion Mills which she hoped to regenerate to bring wealth and employment to the town. The plans never came off.

In 2019, she began renovations on her mansion, The Barn, which stands out on the hilly Strabane skyline.

Yet Margaret, who her family said died of natural causes, chose to live next door with her two terrier dogs in a humble cottage.

Now she is gone, Paul said all his sister’s assets will go to charity.

Although he believes EuroMillions officials did their best to support his sister, it is time for serious thought to be given to limiting prizes.

Paul said: “It’s time the Government look at the size of jackpots. They need to be capped. A person working in a factory or a call centre like I was can’t deal with money like that.”

The operator of the National Lottery said: “Camelot takes its duty of care to winners very seriously and all major winners are offered support and advice for as long as they wish.”

Despite their heartache, Paul and his siblings gathered last Sunday to mark Margaret’s life with a private cremation. Her ashes will be turned into a pebble to be left on Marble Hill beach in Co Donegal.

“Our mother and father took us there as children,” says Paul. “It’s the only time she was really happy, when all of us were small. I hope that Margaret’s happy today wherever she is. At least she’s at peace.”