Tragedy as man, 25, dies weeks after heart transplant he waited three years for 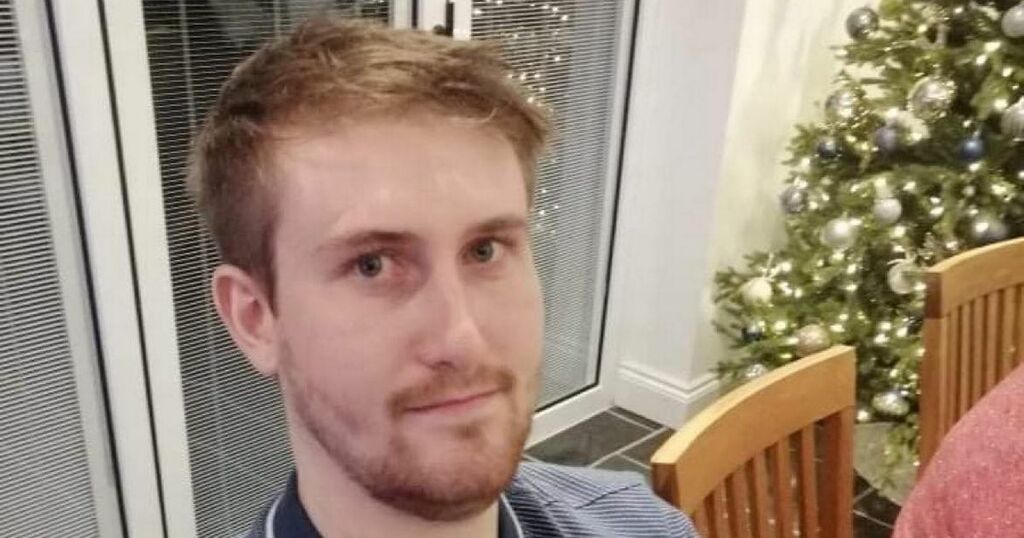 A 'gentle giant' died aged 25 just weeks after undergoing a heart transplant which he had spent three years waiting for.

Liam Taylor, from Darlington, County Durham, suffered from a number of health conditions and had endured countless operations.

The mechanic sadly lost his life when he had a cardiac arrest during an operation to fit a pacemaker, TeessideLive reports.

His mum Sarah Taylor said it was 'just so cruel' that Liam lost his life after finally reaching the end of his health ordeal.

A much-loved Darlington 25-year-old tragically died just weeks after receiving the heart transplant he had waited three years for.

The grieving family of Liam Taylor have paid tribute to the funny, brave and gentle son and brother, who they say was always laughing.

A fighter, Liam, who had a number of health conditions, never complained as he endured countless operations and procedures and waited three years for a heart transplant.

Tragically just weeks after finally receiving a heart, Liam, who worked as a mechanic at S&L Motor Vehicle Services before falling ill, lost his life after suffering a cardiac arrest during an operation to fit a pacemaker.

Mum Sarah said: "He was just so funny, he would laugh at everything. He was quite quiet, gentle and well mannered. He was more bothered about upsetting me than worrying about himself."

"He ordered himself some new trainers, they came after he died," she added. "We opened them and he'd had 'new heart, new me' engraved on them.

"He wanted to start going walking and stuff on the weekend. He was talking to me about wanting to start cooking college, he loved cooking. He was always making tea for the family."

Now the family are raising funds for the hospital ward that cared for him and are encouraging as many people as possible to ensure they are signed up to be a donor.

Liam fell ill after contracting a cold around three years ago and was taken to Newcastle's Freeman's Hospital where he suffered a cardiac arrest.

The former Carmel College student was fitted with a left ventricular assist device (LVAD), which he lived with for a year.

But he kept getting blood clots and septicemia and it was decided Liam needed a heart transplant - and he was added to the urgent list.

But four months later Liam suffered a ruptured bowel which required another operation and he needed at least six months to recover.

"He went back in about six months ago - he had been in hospital all that time - and he had been really well while he was waiting for his heart," said Sarah.

"He came back and surprised his grandma and he was fine, he just thought he had exhausted himself on the Sunday.

"But then he said 'I'm really unwell' so we took him to the hospital and he was taken back to Newcastle and even then everything seemed fine again."

He told his mum over the phone that he was going in for an operation to fit a pacemaker as doctors had discovered it was a problem with his heart's rhythm.

But during the procedure, Liam suffered a "massive cardiac arrest" and tragically died.

"He had gone all these years, he's had countless operations from all these things that have gone wrong like blood clots," said Sarah. "But he had just got to the end of it all and then this happened - it's just so cruel."

Liam's sister Beth Taylor added: "Although Liam had complications with his heart transplant, we would still like to urge people to consider being a donor themselves, as it gives people like my brother the opportunity to continue their lives."

So far more than £1,800 has been donated to a Go Fund Me page set up in memory of Liam to support The Freeman's Hospital, Ward 38 charitable trust fund - an adult transplant unit - where Liam spent months at a time.

"He'd be happy to help other people, the whole reason we are doing it is to raise awareness and help raise funds for the ward," added Sarah.

"He wanted to do some fundraising for the ward anyway so it's what he would have wanted.

"He'd always tell me stories about the nurses and the sisters and how he would sit and talk with them for ages.

"They called him the gentle giant as he used to look out for the older patients.

"He never wanted anyone to feel sorry for him, he was glad they spoke to him like normal and they cheered him up and made him laugh."

The family - including Liam's siblings Jack, Daniel, Beth, George, Louise and stepdad Paul Hawkeswood - have been inundated with messages of support as friends share stories and pay tribute to Liam.

"We've had a lot of nice messages from his friends. The girl at the garage said when Liam used to come in, even when he didn't work there anymore, everyone would stop and come and speak to him," added Sarah.

To donate to the Go Fund Me page, click here.