Five people have died in France after a small plane carrying a family crashed into the side of a mountain.

Local media has reported the the tourist aircraft came down near the town of Isere, in the south east of the country.

The plane belongs to a flying club and took off from an aerodrome. More than 100 emergency service personnel were quickly on the scene, including 60 firefighters.

Those on the plane have not yet been named and the cause of the crash is so far unknown.

The tragic accident happened shortly after take-off from the Versoud airfield near Grenoble.

Reports state that the bodies of four adults and a child were discovered in a burnt-out wreckage.

Grenoble prosecutors have instructed an investigation into what happened to be immediately carried out, said regional officials.

According to local reports, the aircraft was a small Jodel D140 passenger plane.

The tragedy comes after two Brits died when their light aircraft crashed into the English Channel last month.

Former mechanic Brian Statham, from Solihull, took off from a Stratford-upon-Avon airfield with his pal and co-pilot Lee Rogers, bound for northern France on the morning of Saturday, April 2.

They were not qualified to fly through cloud, investigators said.

Both were flying under "visual flight rules" - an aviation term for operating in weather clear enough for them to see their route.

The duo are said to have entered cloud over the channel and then contact was lost with them 20 nautical miles west of Le Touquet shortly before 9.20am.

The friends - who had over 20 years' flying time between them - were flying a Piper Cherokee Arrow II (G-EGVA) on a route with cloud forecast.

The Piper was one of seven aircraft headed out on a club "fly out" with the South Warwickshire Flying School, Birmingham Live reports. 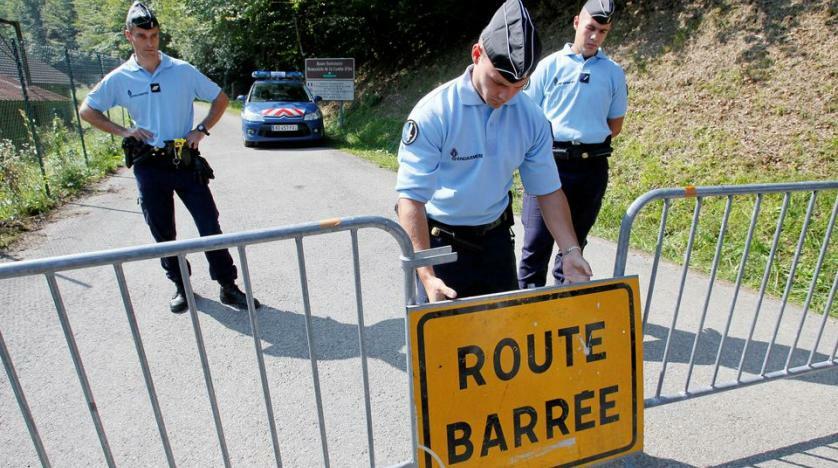 Tourist Plane Crash Kills Five in France
Five people, including four members of the same family, were killed in a tourist plane crash in the French Alps…

A tornado swept through the western German city of Paderborn on Friday, injuring dozens of people as it blew away…