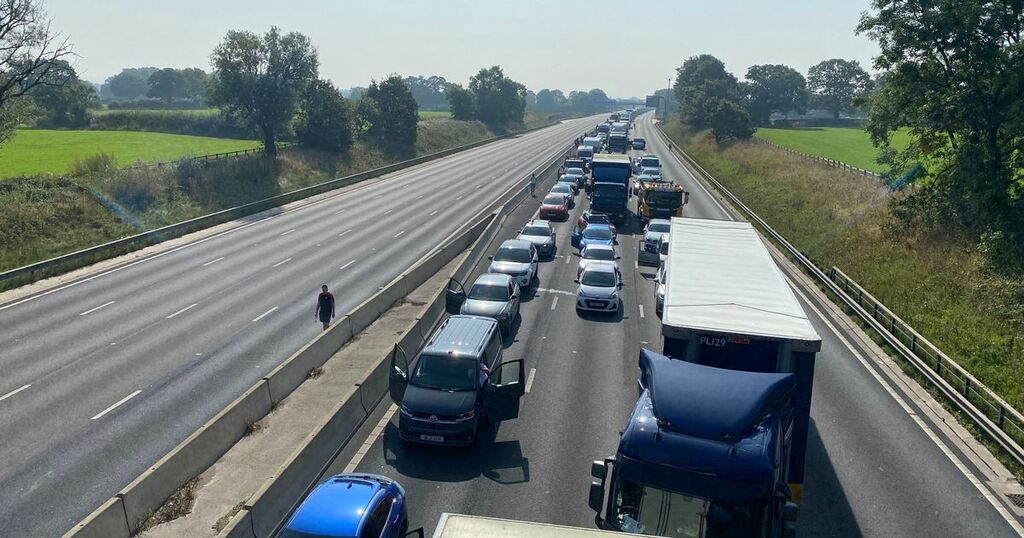 Drivers are queuing on the M6 after a second crash on the same stretch of road in two weeks.

Police have urged drivers to "take care" between Junctions 17 and 18.

It is understood a car has crashed in the road heading northbound and two lanes are closed as a result.

Writing on Twitter, North West Motorway Police tweeted: "Patrols on route to an RTC on the M6 between junction 17 and 18 northbound.

"Take car in the area and take notice of any warnings that maybe on the overhead gantries."

Motorists were sitting in gridlock last week after a fatal crash on the same stretch of the road.

On September 7, emergency services scrambled to the M6 after a lorry driver crashed into a railway bridge.

It was later revealed that a man, who is in his 60s, died at the scene.

At the time he was driving a blue and white HGV on the northbound carriageway before hitting the bridge between Junction 17 for Sandbach and Junction 18 for Middlewich.

A diversion was put in place but traffic came to a complete standstill with motorists waiting up to three hours in the gridlock.

It is understood that the crash today happened on the same stretch of the road but not at the bridge where the lorry driver crashed.