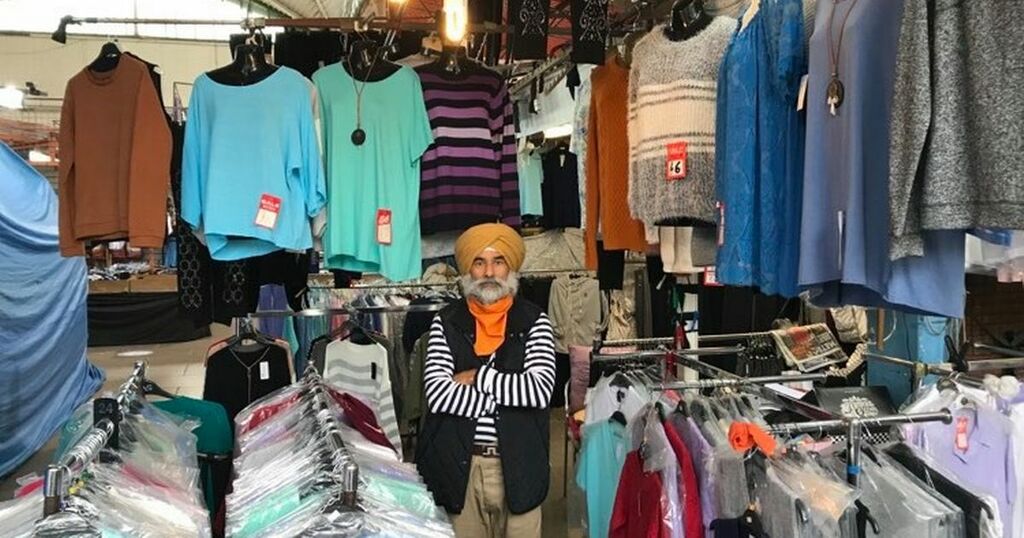 Traders in Birkenhead Market have shared their thoughts on brand new images showing what the new market might look like.

The future of the historic market has been a very controversial topic this year.

Wirral Council’s original plan, to move traders from the current site to a temporary market in St Werburghs Square before a permanent facility was ready, were ditched after a backlash from traders.

But the new plan, which would see Birkenhead Market move to the former House of Fraser building on Grange Road, seems to be getting a much more positive response from stall owners.

The ECHO visited the market today, to ask traders their thoughts about Wirral Council’s image for the proposed permanent new market.

Kevin Goodman, who runs a clothing stall at the current site, said the picture looked “very modern”, which he thought was not a bad thing.

Mr Goodman did worry the new market would be out of the way, but thought the brand new image looked very open and visible, which would be a good thing for attracting passing trade.

Another part of Wirral Council’s plan for the market is to open it up and improve access to it, through moves such as demolishing the town's remaining two flyovers and making it easier to walk to the market from Birkenhead Central train station.

While agreeing the image of the new market looked appealing, Mike Eccles, from Billy Hill Curtains, mentioned another key concern for some traders.

Mr Eccles said his issue with the proposal was space, he wanted to know the new stalls would be big enough for a business like his.

Jas Sidhu, who runs Sidhu Fashion, said more people would see his stall in the new market, but he insisted he was going to wait and see exactly what happens in the future.

Mr Sidhu’s comments reflect the sense of nervousness which exists among many traders, after the difficulties of the pandemic and the ditched plan to move the market to St Werburghs Square.

But it is clear stall owners are far more positive about the future than they were this summer, when the temporary market plan was still on the table.

At the time, Andrew Porter, from Quickprint and Accessories, said: “80% of traders will walk if this goes ahead and the legacy of the council will be to basically get rid of the market which has been going since 1835."

The plan to move the market to the former House of Fraser building is not yet set in stone, as consultation with stall owners and more design work must take place before the new market is finalised.

If the move does go ahead, the new site will contain residential space as well as the market and will open by the end of 2024 at the latest.

This proposal was made possible after Wirral Council bought the former House of Fraser store for £2.1m, a sum it will recoup from a grant it has received from the Liverpool City Region Combined Authority.

As well as this money, Wirral Council has allocated more than £14m from the £24.6m it was awarded as part of the government’s Future High Streets fund to redevelop Birkenhead Market.

The new market is just one part of huge plans for Birkenhead, which include new office space, new food and drink outlets and a new park, among many other things.