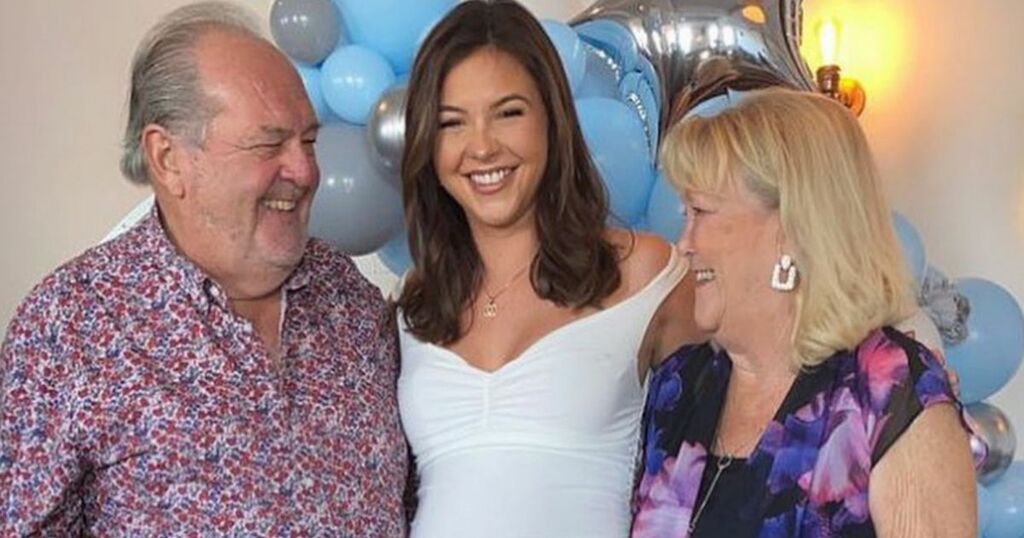 Towie star Shelby Tribble has told of her devastation following the sudden death of her grandfather.

The former Miss GB posted a moving tribute to her beloved "Grandy" on Instagram where she told how his death had broken her family's hearts in two.

A devastated Shelby read the words of a poem, saying: "It’s broken our hearts in two.

"But heaven needed an Angel, And the one they picked was you."

The reality TV star also highlighted what a great great-grandfather he had been to her baby Abel.

She continued: "I can’t even put into words how heartbroken I feel.

"Our world will never be the same without you in it… I’ll forever feel proud and lucky to call you my grandad and great grandad to our darling Abel.

"You really are one in a million, a true gentleman, your smile was made of sunshine and heart was solid gold.

"I will cherish your love and memories forever and ever. I love you Grandy I’ll always be your bustle."

Shelby also posted a series of sweet snaps alongside her emotional post, showing her with her grandfather and other family members.

Her fans quickly headed to the comment section to send Shelby love and support.

One wrote: "Thinking of you & sending lots of love."

Another wrote: "Sending lots of love my darling to you and your family."

A third added: " So sorry for your loss shelbs may he Rest In Peace."

Shelby joined the cast of TOWIE for the 22nd series in March 2018 and soon got together with Pete Wicks.

In August Shelby appeared to have added to fuel to the already burning fire after ten of her co-stars were axed from the iconic reality TV show.

The 28-year-old took a savage swipe at her former cast members when she claimed that ‘karma’ had come back and smacked them after they were dumped from the ITVBe series.

“Karma really is a wonderful thing,” the outspoken star tweeted alongside a laughter emoji.

Shelby, who left the show in 2019, has made some rather controversial comments about her Towie cast members after bidding goodbye to them.

Last year, she branded the majority of Towie stars as ‘fake’ and insisted that she was ‘so glad’ to no longer be part of it.

TV bosses rooted out ten stars from the show in its biggest shakeup yet after over a decade on screens.