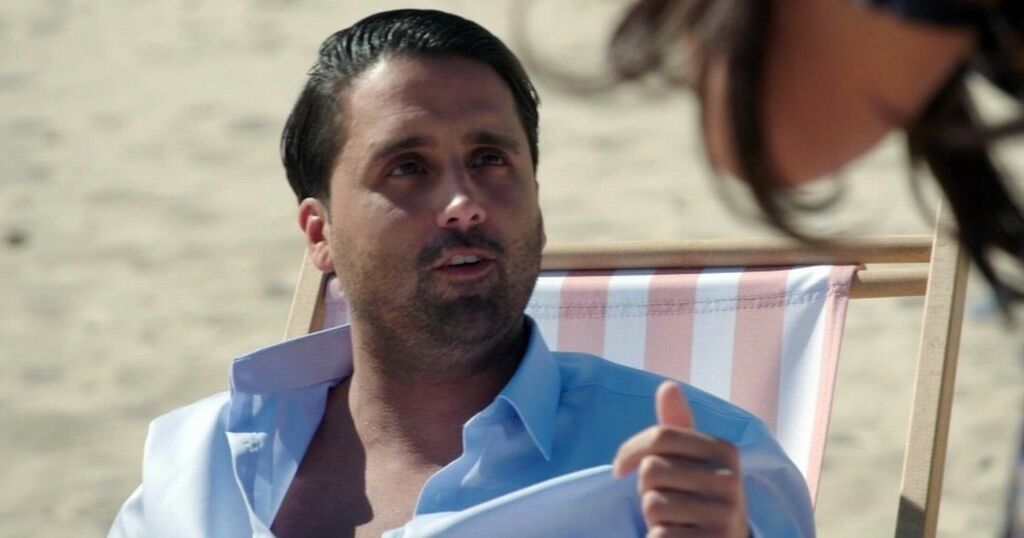 The Only Way Is Essex is back with a bang this weekend, as the new series starts with a massive row.

We join the glamorous gang at the seaside, as rumours Chloe Brockett, 20, has been having a fling with Lockie, 34, are flying around.

Chloe has an onscreen bust-up with Liam Gatsby, 33, who has been spreading stories about the incident.

In an explosive scene on the beach in millionaire's playground Sandbanks, locals and friends look on as the pair row in public.

One of them includes James' former girlfriend, Yazmin Oukhellou, 27.

After they split up, Yazmin briefly dated former Towie star Lauren Goodger's ex-boyfriend Jake McLean, and even went on holiday to Greece with him, but now she's definitely single again.

She quit the show last year and has been in Dubai, but when she hears about the hook-up, she returns to confront her friend about it.

A source told Mail Online : "James and Chloe's romance has really shocked a lot of people.

No one expected Chloe and James to grow close, especially given Chloe's friendship with Yazmin.

"Her relationship with James has been over for months now but she still feels betrayed and let down by the way Chloe's acted. "

She was saved from the axe earlier this year, escaping the show's much-publicised clear out of former stars.

Chloe recently explained by so many cast members had got the chop, telling The Sun : "I think it’s how open you are and need to be. I don't think the difference between the cast who have left and the cast who have stayed is anything to do with being legends.

"A lot of the cast who have left had private relationships off Towie and that doesn't really work because you have to share everything.

"I’ve been an open book and shared the ups and all the downs - and there’s been a lot of them."

In the new series - the 28th – we'll see mum of one Chloe S figuring out what to do with her life now that her teenage daughter Maddie is growing up quickly.

Meanwhile, Pete is throwing himself into his work and hoping to plan a singles' retreat for his friends.

The Only Way Is Essex returns Sunday at 9pm on ITVBe and ITV Hub.