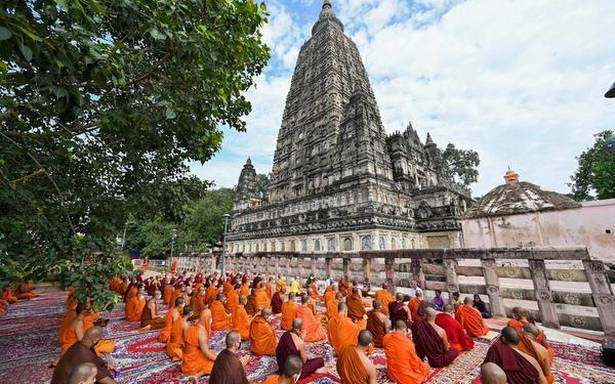 The Union Ministry of Tourism plans to develop Bodh Gaya, a major Buddhist pilgrimage site, as a round-the-year tourist destination and is making efforts to set up required infrastructure and facilities, officials said on Thursday.

The officials said the place in Bihar's Gaya district primarily attracts the elderly for religious and spiritual tourism, but efforts are being made to draw the youth as well.

A conference on tourism was held in Bodh Gaya on Tuesday and it was attended by Director General of Tourism in the Ministry of Tourism G. Kamala Vardhana Rao along with senior central and State officials.

Mr. Rao said that the government is committed to the development of tourist sites related to Buddhism.

He said that to attract tourists from all over the world, there is a need to boost connectivity and infrastructure here, an aspect on which the government is working.

The Mahabodhi Temple Complex is located in Bodh Gaya. The Buddha attained enlightenment beneath a sacred Bodhi tree here.

The conference focussed on infrastructure development and boosting air, rail and road connectivity. The Ministry of Tourism, in collaboration with various central ministries and the State governments of Bihar and Uttar Pradesh, is developing a Buddhist tourism circuit.