Huge crowds as Tour of Britain races through the North East 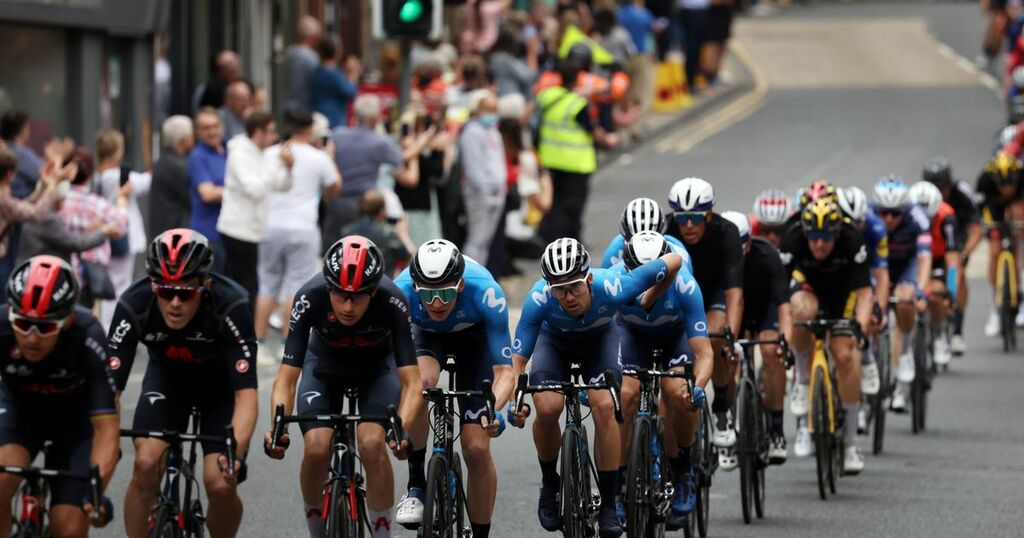 The UK's premier cycling event has delighted fans across the North East as some of the sport's top athletes traversed some of the most spectacular parts of our region.

Riders taking part in AJ Bell Tour of Britain rode from Carlisle to Gateshead on Friday, taking in well-known spots from Penrith and the Hartside Pass before passing Northumberland and Gateshead and ending in a dramatic sprint on Durham Road in front of the Angel of the North.

Spectators lined streets along the route to witness the impressive spectacle, with the cyclists joined by a large convoy of support cars and police motorbikes.

The race went through the North Pennines AONB and visited Allenheads and Allendale before heading north into Hexham, and then along through Riding Mil l, Stocksfield, and to Prudhoe.

Among the spectators in Prudhoe was Peter Newman, who said: "I was just on a walk, I have a daily walk and I saw it was on so I thought I would stop to to watch it go past.

"It was very exciting! You don't normally get that sort of thing around here. I just happened to be in the right place at the right time. I didn't realise it was such a large procession.

"I've never been a fan of cycling, but this has opened my eyes to it."

Northumberland County Council's Cllr Gordon Stewart, who represents Prudhoe South, hoped the tour passing through would have a positive impact on the town.

He said: "Residents, businesses and visitors turned out to welcome the race back to town.

"This gives us all a great lift after the pandemic, which was much needed. With the press and TV coverage it will boost trade and general interest in the town moving forward."

The cyclists then passed through Chopwell, Hamsterly Mill and Rowlands Gill before the final leg to Gateshead, finishing the 198km route within touching distance of the Angel of the North.

The leader of Gateshead Council, Cllr Martin Gannon, was full of praise for the entire day.

He said: "I was watching on the big screen here in Gateshead and taking in the atmosphere. The weather was sweltering apart from a couple of downpours and it was a fabulous day.

"It's a great event. We've had it here before and the last time it started in Gateshead. The coverage is absolutely fantastic, particularly the aerial shots of the Quayside which showed all the redevelopment.

"This time it was the more rural parts of Gateshead and finishing at the Angel was absolutely spectacular.

"It's not just the fact it highlights Gateshead and the wider region - it ticks so many boxes in terms of political and social priorities.

"We know there's an issue with climate change, and that we need to change the way we live our lives. We need to look at cycling more, walking more, and using public transport.

"We had to close Durham Road today which was a challenge, because there are local businesses and bus routes which are affected, but I walked back through town and there was something hugely pleasant about Lowfell with a massively reduced traffic flow - I think it was good for businesses."

The stage was won by Belgian star Wout van Aert, who struck back to win stage six a day after losing the overall lead.

Tomorrow, the tour moves on to Scotland, with a 194.8km ride from Hawick to Edinburgh. The final leg takes place on Sunday, from Stonehaven to Aberdeen.