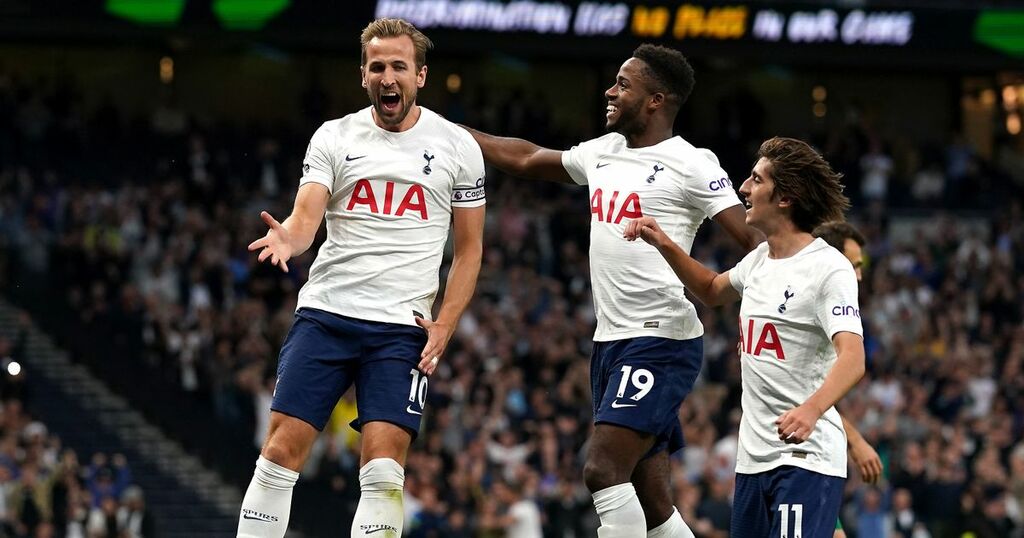 Tottenham will climb above Arsenal in UEFA's rankings for the first time in the Premier League era due to their participation in the Europa Conference League.

Spurs finished one point ahead of their north London rivals last season to beat them to a spot in the governing body's new tertiary competition.

They subsequently qualified for the Europa Conference League by beating Portuguese club Pacos de Ferreira in the play-off round and they will begin their group-stage campaign on Thursday.

The Gunners, meanwhile, missed out on European football for the first time in a quarter of a century after a dismal campaign.

To add insult to injury, Arsenal are about to lose their narrow lead over Tottenham in the UEFA club coefficient rankings, with Nuno Espirito Santo's side poised to leapfrog them into 12th place.

Mikel Arteta's men have accumulated 80.0 points over the last five seasons, while Spurs sit on 78.

Once Tottenham are granted their bonus points for defeating Pacos de Ferreira, however, they will sit pretty on 80.5 points, seeing them rise above Arsenal in the rankings for the first time since 1992.

Spurs can extend their lead over the Gunners during the course of their Europa Conference League campaign, with group-stage encounters against Rennes, Vitesse and NS Mura of Slovenia up first.

Each win in Europe will grant Spurs two points and a draw will give them one, while there are bonus points on offer for advancing deeper into the competition.

Nuno's side are joint-favourites to go all the way in the inaugural season of the Europa Conference League along with Roma, who are managed by their former manager Jose Mourinho.

Will Tottenham win the inaugural Europa Conference League? Have your say in the comments.

Tottenham's one and only season above Arsenal in UEFA's rankings, prior to this campaign, came in 1991/92 when they reached the quarter-finals of the Cup Winners' Cup.

The Gunners, in contrast, failed to qualify for the group stage of the European Cup after a humbling defeat by Benfica.

Under Arsene Wenger's management, Arsenal restored their place above Spurs and rose as high as fourth in the rankings, renowned for their ability to qualify for the Champions League each season.

But they have not played in Europe's elite competition since the 2016/17 season, allowing Tottenham to close the gap from 20th to overtake them.

Tottenham reached the Champions League final in 2019 and took part in the Europa League last season.

They kick-off their Europa Conference League campaign with a trip to Rennes on Thursday, before Mura visit the Tottenham Hotspur Stadium at the end of September.