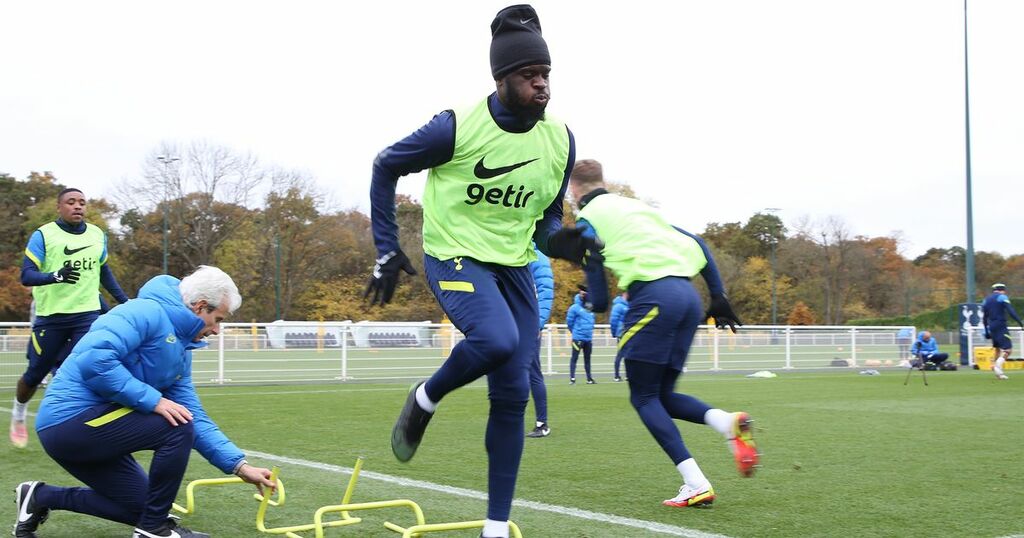 Antonio Conte must decide on his Tottenham Hotspur side to face Leeds United in the first home Premier League game of his era at the club.

The international break has not been kind to the Italian ahead of his first home Premier League game in charge of Spurs, with a couple of injuries and a few knocks and bumps and a suspension that came before it.

Leeds will come to the Tottenham Hotspur Stadium and test the team's growing fitness under Conte with their high energy style implemented under Marcelo Bielsa.

The Spurs boss will have had to make decisions by now on which players will come in to replace two of his previous starting XI that will miss out on Sunday afternoon.

Conte knows he will be without Cristian Romero following the 23-year-old's defender's injury on international duty with Argentina.

Either Davinson Sanchez comes in as the more experienced centre-back or the head coach goes for a younger option in Japhet Tanganga or Joe Rodon, that's if Eric Dier and Ben Davies retain their places from his first two matches.

In midfield, Oliver Skipp is suspended and Giovani Lo Celso returned from international duty with an issue, which led Conte to admit that either Harry Winks or Tanguy Ndombele would replace the England U21 international.

Winks would bring another solid midfielder to help shield the defence but Ndombele, who Conte told football.london needed to work harder than everyone and work for the team, would provide more creativity to a Tottenham team that struggled to create chances against Everton.

Elsewhere the team pretty much picks itself unless Conte were to switch from his 3-4-3 formation in his first two games to a 3-4-1-2.

Steven Bergwijn will be hoping to push his claims for minutes after his goalscoring display for the Netherlands to help them secure World Cup qualification, while Dele Alli has been working with Conte for the past two weeks and will have been trying to show him that he make an impact for his team.

Here is the team we reckon the Italian could go with:

Pick your team below

And let us know your thoughts in the comments.