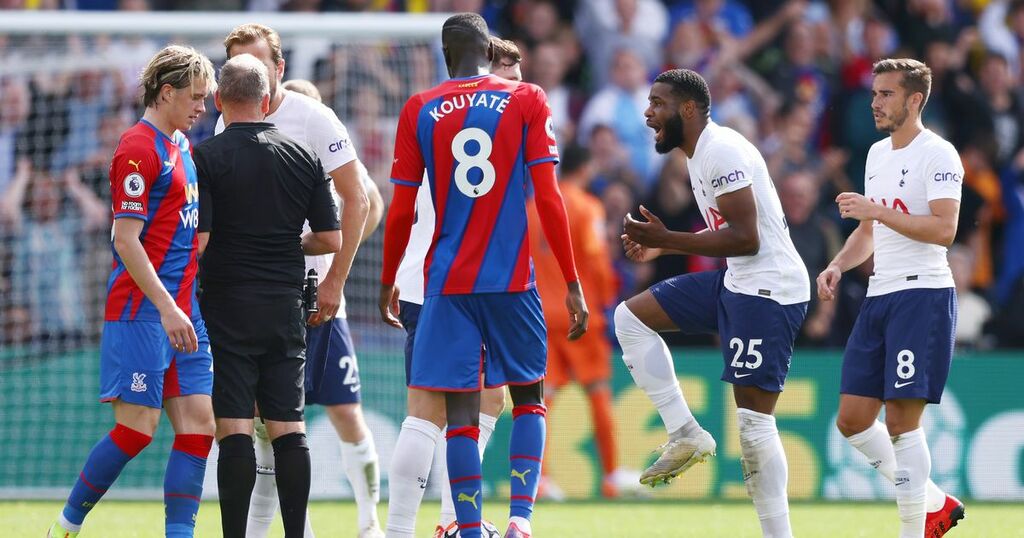 His too heavy roll out from the back didn't help Dier at all with his early collision. Made a brave punch midway through the first half and then saved from close range from Gallagher. Sent the wrong way from the spot by Zaha's penalty and couldn't get near Edouard's first goal. Should have done much better with the striker's second goal though. 4

A tricky debut up against Zaha but the Brazilian showed glimpses of what he will bring to the table, albeit with very limited success going forward. Couldn't stop Edouard's late effort from getting past him. 5

Battled away in the centre of defence and picked up a yellow card after a cynical challenge on Zaha that led to a scuffle. Then put in a needless challenge midway in his own half on Ayew which resulted in his second yellow and the red. Blotted what had been a really good display with a few minutes of madness. 3

Lasted just 12 minutes before having to be taken off with a knock after trying to reach a Lloris' rolled out ball and colliding with a Palace man. 5

Struggled to get forward in the first half but combined with Rodon to block a Benteke shot early in the second period in front of goal. Spurs needed him to provide an outlet down the left but his passing poor on the whole. Made a terrific saving header off his goalline from a spinning cross. 4

Back in the team but he struggled to make an impact on the day on the left of the defensive midfield three. 4

Recovered from injury to play and was one of the better players, operating in the centre of the pitch in the holding role. 5

Needed to be better in getting the ball forward from the midfield but he struggled to do so with any real quality. 5

Battled away in the Tottenham half but offered no real quality in the opposition one. 4

Barely noticeable that he was playing as he had so little service and barely used it when it came his way. It's in games like this where Spurs need him to take it by the scruff of the neck. 3

Came on for Dier and dealt well for long periods with what was thrown at him, but the defence struggled to keep its shape as the second half wore on which left him trying to find the right position. 6

Gallagher's cross hit his outstretched arm to give Palace their penalty. He struggled from that point on. 4