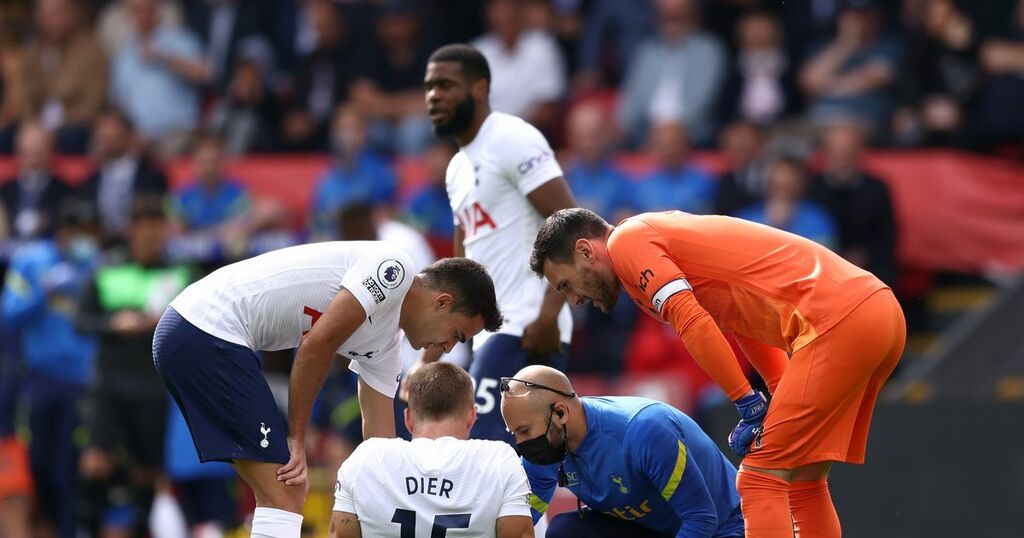 Eric Dier was forced off through injury against Crystal Palace, handing Tottenham an additional fitness concern.

Nuno Espirito Santo had already made changes to his team after the international break as a result of a number of his players picking up injuries while on duty for their country.

Son Heung-Min, Oliver Skipp, Steven Bergwijn and Ryan Sessegnon all picked up problems of varying severity that needed to be assessed ahead of the trip to Selhurst Park.

Skipp, who had picked up his slight injury worry whilst away with England's under-21s, was deemed fit enough to start, but the others were not involved in the matchday squad.

And to add to Espirito Santo's list of worries, Dier, who has started the season brightly for Tottenham, had to be substituted in just the 12th minute of Saturday's clash with the Eagles after what looks to be a problem with his knee, although no official diagnosis or confirmation has been provided at this stage.

The injury came off the back of a challenge by Palace forward, Jordan Ayew, following a poor roll out by Spurs captain and goalkeeper, Hugo Lloris.

Dier tried to hobble on for the next few minutes but was subsequently substituted for Joe Rodon shortly afterwards.

To make matters worse, Japhet Tanganga picked up a suspension after receiving two yellow cards, whilst two of Espirito Santo's alternative centre-back options in Cristian Romero and Davinson Sanchez are also still having to train in Croatia before being able to return to the UK following the end of their commitments in red-listed South American countries.

They are expected to return soon, but Dier's injury makes their re-integration into the Tottenham squad that little bit more important.