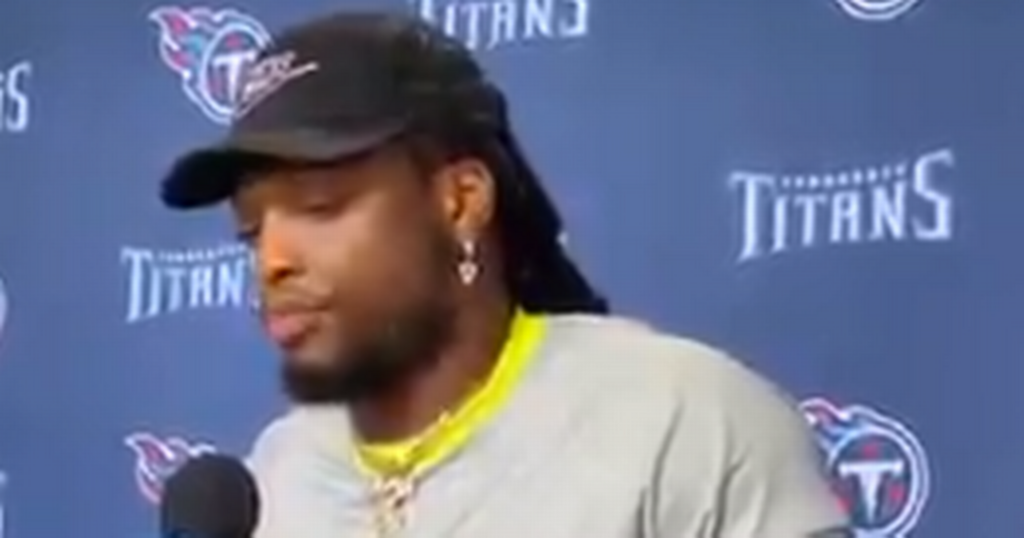 Tottenham fans are in awe of NFL star Derrick Henry after he was spotted wearing their eye-catching Airmax kit in his press conference ahead of the new American Football season.

Henry was speaking to the press as the Tennessee Titans kick off their quest to make Super Bowl LVI when they face the Seattle Seahawks on Sunday.

It emerged that the running back had a soft spot for Spurs last year when an Instagram story of his dog, Nino, also happened to show Henry clad in the club's purple training top.

Tottenham's bond with the NFL is a strong one. When building the Tottenham Hotspur Stadium, it was designed with a special folding pitch that would allow the turf Spurs play on to be replaced by an American football field.

Two NFL fixtures will be held at the ground in October, although sadly for Henry the Titans will not be in attendance.

Atlanta Falcons will take on New York Jets on Sunday, October 10, before Jacksonville Jaguars and Miami Dolphins face off a week later.

Henry will no doubt be hopeful that his Premier League team can continue their fine start to the top-flight season when they travel to Selhurst Park on Saturday.

Nuno Espirito Santo's men have a 100% record going into the weekend and will have high hopes of beating Patrick Vieira's Crystal Palace too.