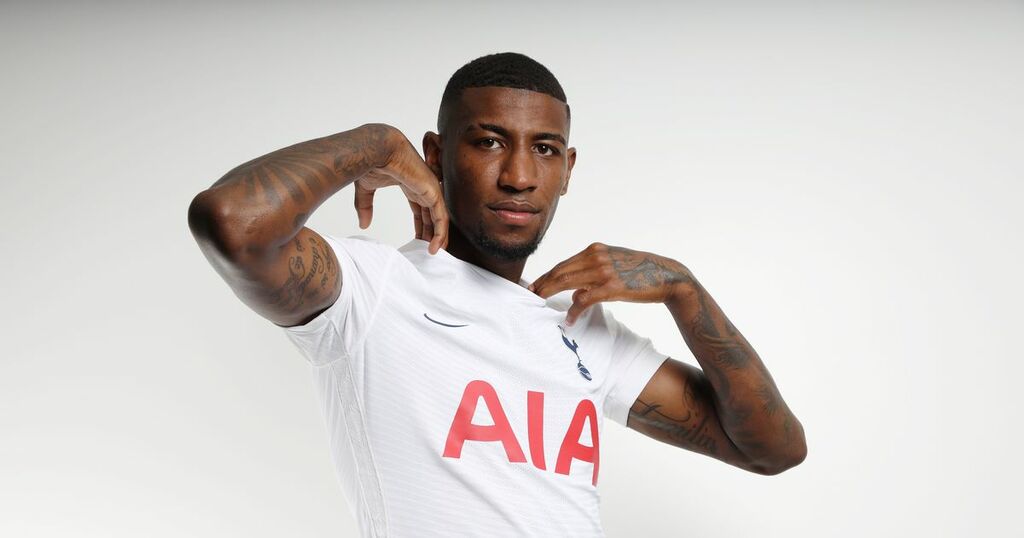 Spurs have suffered a nightmare international break which is set to see them being without up to seven senior players for this weekend's trip to Crystal Palace.

And that means it's likely that summer signing Royal will be thrust into the spotlight sooner than expected.

The 22-year-old only arrived in north London just under two weeks ago in a last-minute £27.5m transfer from cash-strapped La Liga giants Barcelona.

But there is every chance he could slot in at right-back for Saturday's London derby with Palace as Tottenham assess their lengthy list of unavailable players.

Spurs will definitely be without Cristian Romero, Giovani Lo Celso and Davinson Sanchez with the trio all isolating in Croatia.

The trio are set to be hit with fines after linking up with their national teams against the wishes of the club.

All 20 Premier League clubs agreed to block their players’ from playing for sides who were competing in red-list countries.

But the Spurs trio defied that order and now face a 10-day wait before they can return to action.

It's the absence of Romero and Sanchez that looks set to open the door for Royal to make his Tottenham bow.

Japhet Tanganga is expected to be moved across to partner Eric Dier at the heart of the Spurs defence, which would likely see Royal take the academy graduate's spot at right-back.

Elsewhere on the pitch, Spurs are sweating on the fitness of Son Heung-Min.

The 29-year-old sat out South Korea's World Cup qualifying win over Lebanon on Tuesday night with a calf concern.

How long can Nuno keep up his perfect start in charge of Spurs? Comment below.

It would be a huge blow were he to miss out on the trip to Palace.

The forward played a pivotal role in Spurs' stand-out win over Manchester City on the opening day - including netting the stunning solo goal which decided the game.

Steven Bergwijn is also a doubt after picking up an ankle issue during the Netherlands 6-1 over Turkey earlier in the week.

The 23-year-old has started all three of Spurs league games so far this season.

But the heavy strapping on his ankle after coming off appears to suggest that streak is about to come to an end.

Skipp, who has excelled after featuring under Nuno in the early stages of the season, could have an outside chance of featuring despite coming off late in England U21s win over Kosovo with a groin issue.

Sessegnon had already withdrawn from the squad prior to that after picking up a knock in training.

Skipp's absence could open the door for Tanguy Ndombele, who is fast becoming Tottenham's forgotten man - despite being their £55m club-record signing.