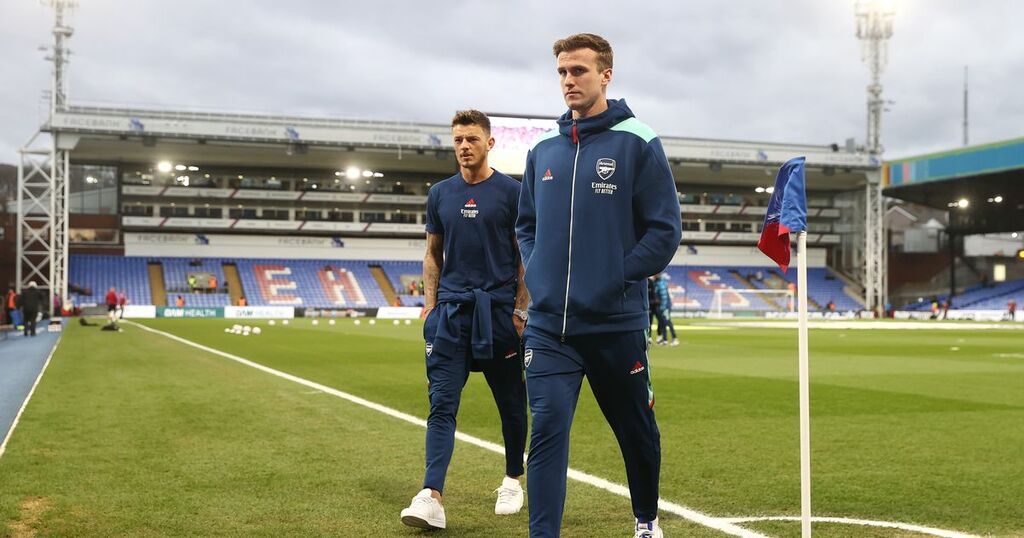 Evening Standard
What time, what channel, team news and all you need to know about Tottenham vs Arsenal

Tottenham host Arsenal in the Premier League tonight in what is a crucial match in the top four race. Spurs…

Tottenham Hotspur know that Thursday’s night’s clash with Arsenal is a must-win game for them if they are to have any chance of finishing in the Premier League ’s top four this season, as they currently trail their visitors by four points.

Antonio Conte ’s men put on an impressive performance against Liverpool on Saturday to come away with a point from Anfield, but the Gunners stretched their winning run to four games with a victory over Leeds United.

And ahead of the game, Mirror Football takes a look at the predicted lineups for both sides as they continue to fight for Champions League football, which could all be decided by the time the final whistle blows.

Despite coming away unscathed from the clash with Jurgen Klopp’s side at the weekend, Spurs will remain without four of their first-team players for the remainder of the season, and it is fully expected that Conte will name an unchanged side for the North London derby.

Hugo Lloris will retain his place between the sticks for the Lilywhites, while Cristian Romero, Eric Dier and Ben Davies will make up the defensive back three in front of him. The trio have been a constant in the Spurs side for a while now and were particularly impressive against Liverpool, and will have to be at the top of their game once again here.

Flanking them on either side, and as part of a four-man midfield, will be Emerson Royal and Ryan Sessegnon. Royal has been hit-and-miss in his first season for Spurs, but gets the nod with Matt Doherty out for the season. Sessegnon, meanwhile, has done well since filling in for the injured Sergio Reguilon.

Who will win the North London derby? Let us know your thoughts in the comments section below.

In the centre of the park will once again be Rodrigo Bentancur and Pierre-Emile Hojbjerg, who have formed a solid partnership since the former’s arrival from Juventus in the January transfer window. There are questions over Hojbjerg’s future at the club, but he has stepped up performances in recent weeks.

Up front, Conte will be expected to keep Dejan Kulusevski in the side, despite dropping him for Lucas Moura against Leicester City in their last home game. The Sweden international has formed a solid partnership with Harry Kane and Son Heung-min in a front three, and those two will make up the rest of the starting XI.

As for Arsenal, Mikel Arteta has some big calls to make ahead of this game, and with Ben White and Bukayo Saka both doubts ahead of this fixture, a couple of enforced changes may have to be made by the Spaniard. Nonetheless, it should be a similar side to the one that beat Leeds on Sunday.

Aaron Ramsdale will start in goal for the Gunners and will be in for a busy night as he aims to keep out Tottenham ’s deadly front three. With White still a doubt, Rob Holding should keep his place alongside Gabriel Magalhaes in the heart of the defence, while Cedric Soares and Takehiro Tomiyasu will support them on either side, despite the latter being out of position.

Mohamed Elneny will partner Granit Xhaka in front of the defence, with the Egyptian particularly impressing of late, while Saka, Martin Odegaard and Gabriel Martinelli will complete the five-man midfield. However, Saka will face a late fitness test ahead of the game, with Emile Smith Rowe expected to be on standby.

Completing the Arsenal lineup and spearheading the attack should be Eddie Nketiah, who has grabbed his opportunity of late and netted both of Arsenal’s goals in their 2-1 victory over Leeds at the weekend, and will hope to keep his place ahead of Alexandre Lacazette.

Evening Standard
What time, what channel, team news and all you need to know about Tottenham vs Arsenal

Tottenham host Arsenal in the Premier League tonight in what is a crucial match in the top four race. Spurs…