Toto Albanese was the undisputed star of the newspaper front pages on Monday morning after her master Anthony Albanese won the election. The headline writers were inspired by the little white dog – who now has her own unofficial Twitter account. “Albanese Unleashed”, said the Courier Mail; “I’m Top Dog, Toto”, said the Advertiser; “Ruff and Ready”, said the Daily Telegraph; and “Top Dog Flies High”, said the Herald Sun, throwing in a reference to the PM’s trip to Tokyo. The Australian featured Toto too, but was a little more sober with a simple headline “Albanese Does It”. Nine’s two city mastheads, the Age and the Sydney Morning Herald, which both backed Labor in editorials last week, chose photographs from a coffee morning Albanese had with Sally Sitou, who won Reid for the ALP, and the Marrickville community on Sunday morning.

For News Corp, Monday’s post-election front pages were markedly different in tone to those that had dominated the election campaign and that were largely hostile to the then opposition leader: “PM warns of ‘vandal’ Albanese” (the Australian), “Albanese a ‘left-wing inner city bomb thrower’” (Telegraph), “Is Anthony Albanese really up to this?” (Courier Mail), and “It’s not so Albaneasy” (Telegraph), which of course echoed the Liberal’s ad campaign, “It won’t be easy under Albanese”.

By the end of the week a News Corp photographer was positioned outside Albanese’s Marrickville home, paparazzi-style, capturing the PM unawares in his pyjamas picking up the paper on his doorstep at 6.39am. The pictures of the dishevelled Labor leader were run across the stable, in the Australian, the Telegraph, the Herald Sun and the Courier Mail on Friday, signalling the spotlight is on his every move.

There weren’t many Canberra press gallery journalists who committed to being on the campaign buses for the entire six weeks, but Seven’s political editor, Mark Riley, chose the gruelling regime and followed both leaders as they traversed the country. Along the way, reporters and camera operators dropped like flies around him as they came down with Covid – as did Albanese himself. Riley stopped to host the third leaders’ debate and then on Saturday the election night coverage. On Sunday morning he was required to take a PCR test at the commonwealth government offices in Sydney in order to travel to Japan with Albanese and Penny Wong, which he did before driving back to Canberra.

Riley told Weekly Beast he developed a cough through the day and as he was doing live crosses into the national 6pm bulletins from outside parliament, he was told the PCR was positive and he had to isolate for seven days. “I had a shocker of a fever last night. Pretty crook today. Better I get it now, though, than last week, I guess. That would have been a disaster.” The Japanese ambassador helped Seven out, rushing through a visa for Seven colleague Rob Scott to take his place.

It’s been fun watching the rusted-on Coalition supporters, in particular at Sky News, react to the thumping loss, including Paul Murray on Sunday night telling viewers: “Welcome to the first meeting of the new resistance” and Rowan Dean, editor of Spectator and Outsiders co-host, having what can only be described as a meltdown on air. “Now we are faced with hardcore leftwing government that will destroy the fabric of this nation,” Dean said, blaming the loss on Scott Morrison for “betraying his conservative base”.

Before the election, Joe Hildebrand, News Corp columnist and Sky News presenter, was confident the teals, or as he referred to them the “multimillion-dollar vanity project of self-appointed climate crusaders in the wealthiest suburbs of Melbourne and Sydney” would fail at the ballot box.

It “is entirely possible that for all the millions of dollars ploughed into this campaign by billionaire heir Simon Holmes a Court and other wealthy donors, the Teals may not actually win a single seat,” Hildebrand wrote last week.

After the election, to give him his due, he did admit he was wrong. “As it turns out it appears I am far more in touch with the mood of the mainstream Australian electorate than I am with the political whims of eastern suburbs and bayside millionaires. Very happy to take that.”

The Australian Financial Review, which supported the Coalition in its pre-election editorial, did make an admission of sorts this week, saying in an aside that it may have been out of touch with its own well-heeled readers.

“The Australian Financial Review, for what it’s worth, called it for Labor but editorialised for the Coalition, despite this opinion evidently being rejected by the electorates that form this newspaper’s subscriber base,” Rear Window candidly admitted. We are not sure the editor-in-chief, Michael Stutchbury, approved that line.

The West Australian has made a bold contribution to National Reconciliation Week by publishing the paper’s masthead as Marawar Boodjara.

“Marawar is Noongar for west, and Boodjara is the word for country,” the West said.

“We thank linguist Alison Nannup – who provides our daily Noongar word of the day on the Letters page … – for the translation.

“We are proud of our award-winning coverage of Indigenous issues, and the front page and special wrap-around pages continue that commitment as we highlight National Reconciliation Week.”

The ABC’s election coverage has emerged triumphant, winning the competitive Saturday night race against the commercials by a huge margin as well as getting a significant bump in audience on Sunday and Monday as audiences looked to Aunty for post-election news and analysis.

Antony Green, who is a large part of the ABC’s election appeal, has admitted he was a bit cautious to call the result on the night as a result of the complexity of vote.

The ABC’s election analyst told the Age: “We probably should have said earlier on the night that the government couldn’t win.”

ABC News Breakfast with Michael Rowland and Lisa Millar was so popular on Monday morning that the program beat Seven’s Sunrise for only the second time in its history.

The ratings bump will be a relief for the ABC’s director of news and current affairs, Justin Stevens, who jumped straight into leading the election coverage after he was appointed six weeks ago. And he’s very pleased with the result.

“We had more than 5 million Australians tune into our broadcast/video during election day, a 43% share of free-to-air broadcast primetime TV and well over 5 million people coming to ABC News on the website and mobile app. The radio audience would have been huge as well, we don’t have those numbers yet.

“So if audience figures in part show that people value what we do, that’s a pretty clear demonstration we’re delivering services and content that Australians find valuable.

“I think that was probably one of the biggest total audience figures in the ABC’s history on the weekend. And we’re at the centre of that and that’s great.”

But the popularity of the ABC has a downside. Stevens says the abuse ABC presenters are subjected to on Twitter, which has led to several high-profile women leaving the platform, is extremely concerning and they are being offered extra support.

“It is a disgrace,” Stevens told Weekly Beast. “The vitriol people like Lisa Millar and Leigh Sales and other female presenters at the ABC more broadly are subjected to is a disgrace. So it has to be called out. The tenor and tone of discourse on platforms like Twitter has sadly gone in a very toxic direction.”

Meanwhile, commercial TV king Karl Stefanovic has revealed he was upset to be passed over as host of Nine’s election coverage which was handled by newsreaders Peter Overton and Alicia Loxley.

“I was upset that I didn’t host the election … It’s kind of like doing all the preliminary games for two years and then missing out on the Super Bowl,” Stefanovic said. Maybe Stefanovic would have attracted a bigger audience than the 384,000 that tuned in to Nine. Seven’s program had 373,000. The ABC’s news channel (459,000) had more viewers than the commercial networks. And that was on top of the 910,000 that tuned into the main ABC channel.

Getting the party started

ABC chair Ita Buttrose, recovering from back surgery, was the star guest at a low-key press event for the ABC on Thursday ahead of its 90th birthday celebrations next month.

ABC television executives Stevens, Michael Carrington, Sally Riley and Jennifer Collins outlined their programming plans while comedian Tom Gleeson quipped that media were free to walk around the ABC’s Ultimo headquarters and see all the ABC staff “pretending to not be excited about the election result”.

After ABC programming was unveiled – including a history of Indigenous programming Looking Black and a second series of the acclaimed series The Newsreader – Buttrose cut a lavender and white birthday cake to share with screen talent including Magda Szubanski, Virgina Gay, Natalie Abbott and former Wiggle Emma Watkins. 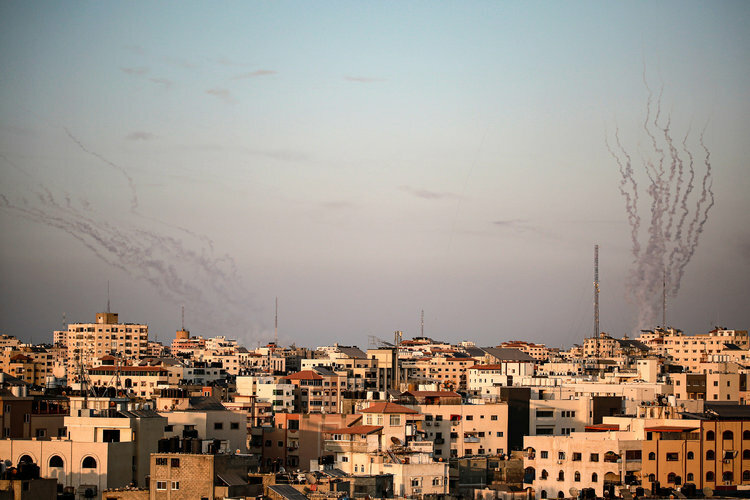 A Cease-Fire Holds After a 3-Day Gaza Conflict: Key Takeaways

AAP
Carlton missing finals not a fail: McKay
Carlton forward Harry McKay says his team's season wouldn't be classed as a failure if they didn't make the AFL's…
Related Stories 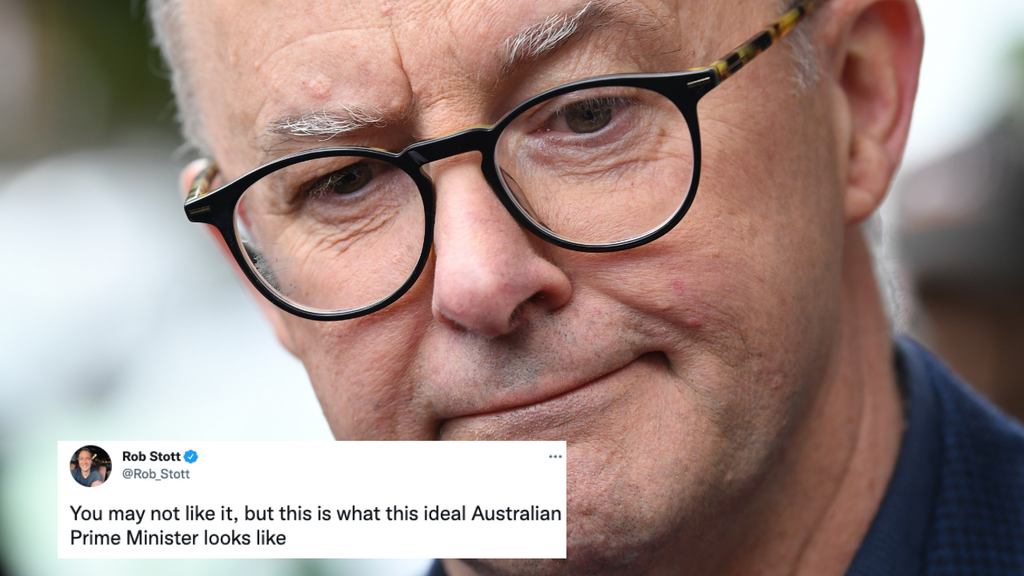 Pedestrian.tv
One subscription that gives you access to news from hundreds of sites
NSW paramedics take industrial action; interest rate rises predicted – as it happened

A Cease-Fire Holds After a 3-Day Gaza Conflict: Key Takeaways