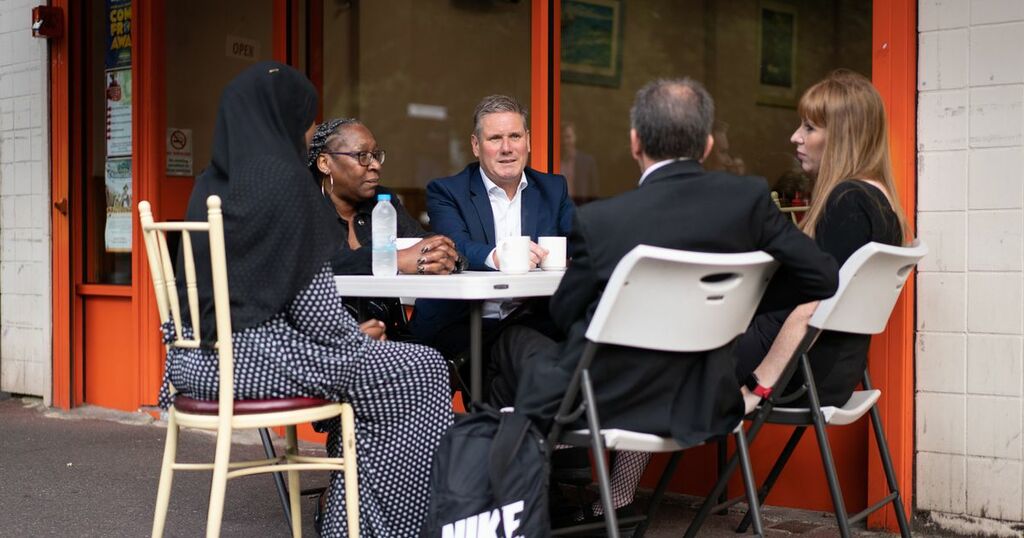 An analysis by Labour of the Government's plan to cut Universal Credit and impose a new NHS and social care levy has shown how hospitality staff, shop workers, band five nurses and carers will be left more than £1,000 worse off next year.

Boris Johnson is embarking on a National Insurance tax grab, raising the levy by 1.25 percentage points, while freezing income tax allowance, in the wake of the Covid pandemic.

Ministers are pressing ahead with axing the £20-a-week Universal Credit uplift, despite a Whitehall report saying it will trigger a "catastrophic" rise in food bank use. A staggering 40% of people claiming the benefit are in work.

Boris Johnson has insisted that raising national insurance is “the right, the reasonable and the fair approach” to fund vital improvements to health and social care.

But Labour says frontline workers who saw the country through the pandemic will be hit and some people will still be forced to sell their homes to pay for their care.

Mr Starmer said: "The Government's acting as if there's no alternative here. They're hammering working people and we say it should be those with the broadest shoulders, who should pay their fair share."

Labour said its alternative plan would include an immediate increase to the minimum wage to at least £10 per hour, which the party estimated would put £2,000 into the pockets of full-time minimum wage workers.

The Labour leader visited Rose’s Cafe in London on Monday with his deputy Angela Rayner to meet hospitality and retail workers.

He said: “As usual with this Prime Minister, it is working people who are going to pay for the cost of his failure.

“Two-and-a-half-million working families will face a double whammy of a national insurance tax rise and a cut to Universal Credit.

“This is the same old Tories – putting the very wealthiest ahead of working people who have to pick up the bill.”

Ms Rayner added: “Our key worker heroes need a pay rise, not a tax rise. It is plain wrong that a care worker on the minimum wage will pay more tax for the care they are providing every day without a penny more in their pay packet, while the landlord that they pay rent to every month will not contribute at the same rate.

Challenged about the plans on Sunday, Health Secretary Sajid Javid, said: “We should always be trying to keep taxes as low as we possibly can, and making sure that we recognise that when you have tax, any type of tax, you’re taking away hard-working people’s money, and every single penny should be spent wisely.”

“It’s been right to do it on this occasion, but we should always try to avoid it.”

He also confirmed that the plan to reverse the £20 uplift in Universal Credit would go ahead.