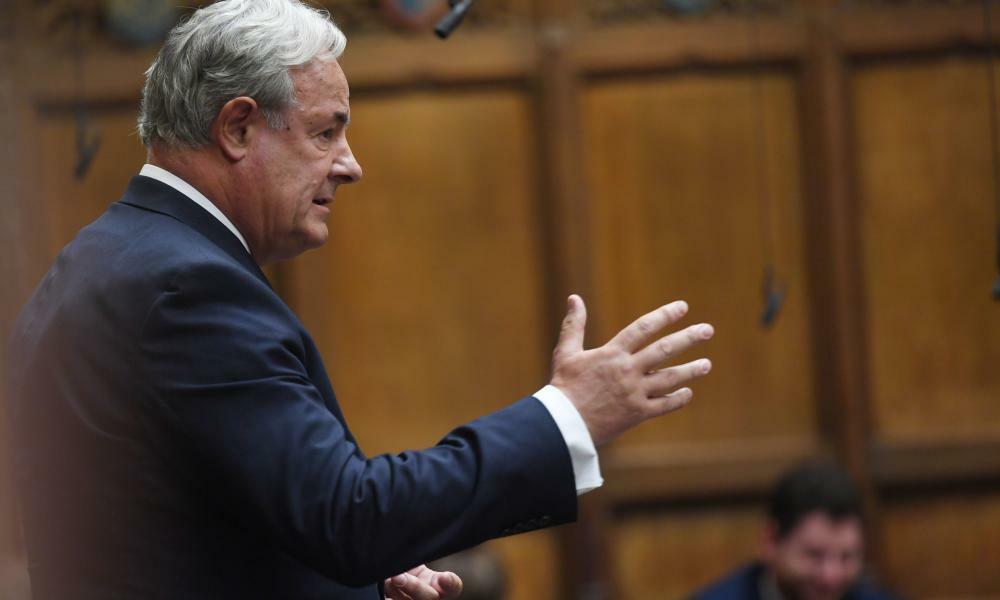 A Conservative MP has been axed from his senior role with a charity for apparently mixing up two senior Asian ministers, allegedly saying “they all look the same to me”.

The event was held to honour volunteers who helped the NHS with the vaccine programme during the spring and summer. Gray, 66, was said to have mixed up the two ministers in the room.

A witness who spoke to the Daily Mail said when Gray’s error was pointed out to him, he told the audience: “They all look the same to me.” The witness added that afterwards, Zahawi pulled Gray to one side for a private conversation.

Gray, the MP for North Wiltshire, has been contacted for comment, but in a statement issued to the newspaper on Monday night he denied he had said “they all look the same to me” and insisted he had only said the ministers “look very alike” and that he was “sorry if I got you two mixed up”. He added that the two were close friends of his and that “the notion this is some sort of racist remark is ridiculous”.

A spokesperson for the SJA said it “does not tolerate racism in any way, shape or form” and confirmed: “We spoke with James Gray following the event about our values as an open, inclusive and progressive charity.”

A Conservative party spokesperson said: “These comments were misjudged. We do not tolerate racism or discrimination of any kind.”

Gray became a commander of the Order of St John in September 2020. Two days before the event, the MP for North Wiltshire congratulated SJA volunteers for doing a “huge job in carrying out the vaccinations and in training and coordinating volunteers”.

Responding to his praise in the Commons chamber, Zahawi echoed the sentiment, and said: “They really rose to the challenge when we contacted them and said that we needed them.”

Gray caused controversy a few weeks later for jokingly suggesting a bomb should be placed in a Labour MP’s office.

After a Tory MP asked on WhatsApp where the Labour party chair, Anneliese Dodds’ Commons office was to deliver something to her, Gray replied: “A bomb, perhaps?”

He later apologised after criticism from some of his own MPs, who thought the comment was out of order. It was a particularly sensitive subject given memories of the IRA bomb that killed five people and injured 34 at the Tory conference in 1984 in Brighton, where Labour held its annual gathering of party activists this year.