Northern Ireland has not featured much during the course of this Tory leadership contest, but having both contenders in town was a chance to change that.

During the hustings outside Belfast, Conservative Party members pressed Liz Truss and Rishi Sunak on issues ranging from Brexit's Northern Ireland Protocol to the cost-of-living crisis and Stormont's collapse.

The protocol was top of the agenda with both candidates pledging to "fix" the Irish Sea trade deal. However, some wriggle room has crept into the rhetoric.

Read more: Conservative members in Northern Ireland on what they think of final two leadership contenders

Ms Truss has been regarded as more hardline having introduced legislation currently making its way through Parliament to override parts of the agreement with the European Union.

But when pressed for a commitment that the Protocol Bill would be fully delivered, none was forthcoming in her op-ed article for the News Letter on the morning of the hustings.

Mr Sunak also backs the legislation but is seen as more pragmatic, pledging to reopen negotiations with EU leaders. Speaking at the hustings, he said a resolution with Brussels would be "far quicker".

Neither will instil confidence that unionists' protocol concerns which have led to the DUP blocking power-sharing will be resolved anytime soon.

Mr Sunak stepped up his attacks on Ms Truss' tax-cutting plans, warning they would further stoke inflation and fail to help the most vulnerable.

The former Chancellor, who favours targeted support, also said in an article for Belfast Live he is "prepared to instruct the Treasury to act directly" in Northern Ireland if the Executive is not restored.

It suggests a growing willingness from senior Conservatives to reach into the devolved space while Stormont remains in limbo.

Such an intervention could end the continuing uncertainty over how a £400 energy bill discount for all UK households in the autumn will be delivered in the region.

The hustings was much more low-key than others on the campaign trail and turnout was lower than some had expected, with an audience of around 170.

The conference room in the Culloden Hotel was split in half to bunch attendees into a smaller space, but there were still some empty seats.

Perhaps the missing element was the box-office draw of Boris Johnson, who tellingly received a huge applause when Ms Truss hailed him as an "excellent Prime Minister".

Neither candidate dropped the ball although limited press access, particularly for Ms Truss, reduced the potential for gaffes so late in the game.

Ms Truss was the first to face questions but by the time it came to Mr Sunak, the audience seemed to run out of steam.

With the Foreign Secretary comfortably ahead of Mr Sunak in the betting odds, local Tories may see the leadership contest as a foregone conclusion.

Just four more hustings remain following the Northern Ireland event, with the last in London on August 31 ahead of the winner being announced on September 5.

Mr Johnson's successor faces many challenges from day one beyond Northern Ireland, not least fending off a potential second Scottish independence referendum and a buoyant Labour Party at the next Westminster election.

The grueling leadership campaign may be nearing its end, but the real work is only set to begin.

For all the latest news, visit the Belfast Live homepage here. To sign up to our FREE newsletters, see here. 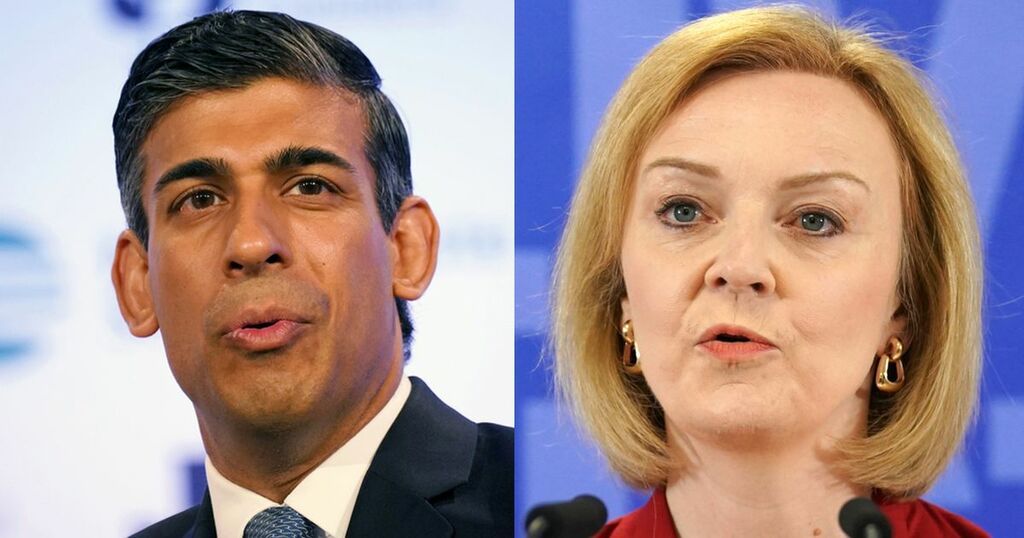 Belfast Live
From analysis to the latest developments in health, read the most diverse news in one place.
BBC's Stephen Nolan was lined up to host Tory leadership hustings in Northern Ireland

The Tory leadership contenders are due to make their pitch to Conservative members in Belfast.

Wales Online
Rishi Sunak and Liz Truss: Mixed views from Belfast on the two on target to be Prime Minister

The two candidates for No10 gave their views on the protocol, powersharing and abortion services in NI

Belfast Live
One place to find news on any topic, from hundreds of sites.
Rishi Sunak: I will fix the protocol, restore Stormont and protect your family from rising energy bills

"I will fix the protocol, restore the Northern Ireland Executive, and protect your family from rising energy bills this winter"