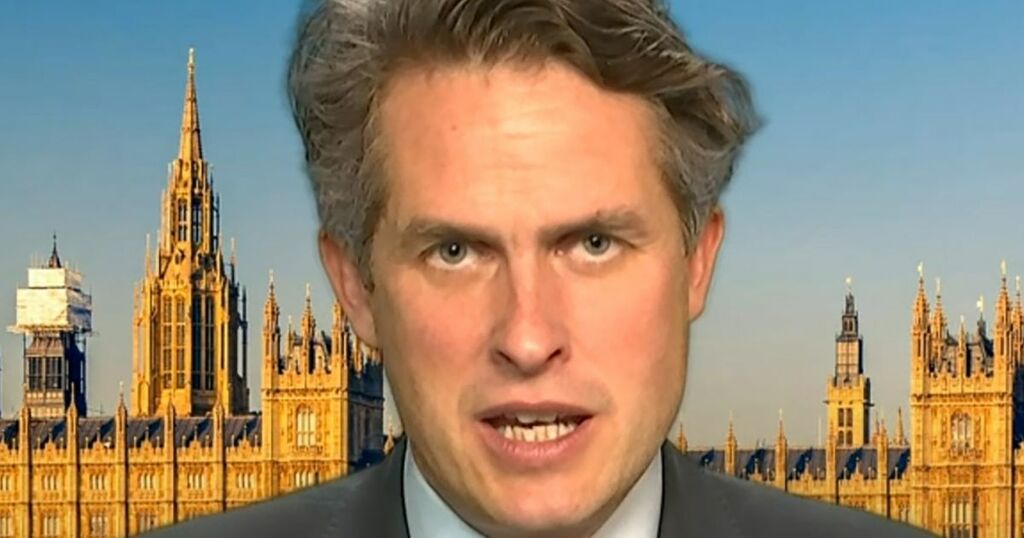 The Education Secretary heaped praise on the campaigning footballer, who shamed the Government into several U-turns over free school meals policy during the pandemic.

Mr Williamson told the Evening Standard: "We met over Zoom and he seemed incredibly engaged, compassionate and charming but then he had to shoot off.

"I didn’t want to be the one that was holding him back from his training."

But Mr Williamson's team later clarified he had in fact spoken to black rugby player Maro Itoje - who campaigned for millions of kids to get access to laptops during lockdown.

He later put out a statement saying he had made a "genuine mistake" in confusing the two sportsmen.

Rashford laughed it off, reacting to the story with a crying laughing emoji on Twitter.

The Manchester United star, who grew up in Wythenshawe, tweeted: “Accent could have been a giveaway.”

The blunder sparked criticism over why Mr Williamson had confused the two sportsmen, who have little in common other than the fact they are black.

Deputy Labour leader Angela Rayner said the mix up is a "daily reminder of how mediocre white men rise and rise."

"The fact that Gavin Williamson remains in his job is a daily reminder of how mediocre white men rise and rise."

He asked Mr Williamson on Twitter: "What was it about @maroitoje that made you mistake him for @MarcusRashford?

Liberal Democrat Education Spokesperson Daisy Cooper said it was a "shocking and embarrassing admission" that proved he was not up to the job.

“The Education Secretary has let down children, parents and teachers by failing to secure enough cash to catch up on lost learning during the pandemic," she said.

"Now he has confused two black sporting heroes and failed to recognise Marcus Rashford, who has led the charge on fighting child poverty.

“If rumours of an imminent reshuffle are true, this must surely be the final nail in the coffin for Gavin Williamson holding ministerial office ever again."

A spokesperson for Rashford told the Evening Standard he had never had any direct communication with Mr Williamson.

Maro Itoje and Marcus Rashford are "successful young black men" but there is "little more" they have in common, his spokesperson said.

"Marcus' consistent ask to those in power has been collaboration. More often than not this ask is rebuffed.

"Maro and Marcus are two incredibly successful young black men, but there is little more they have in common."

He later tried to claim he made the blunder because his children love JK Rowling's Harry Potter books, whose main character is played by Daniel Radcliffe.

Rashford's spokesperson added: "Whether it's Daniel Rashford or a Maro Itoje reference, the message remains the same. Put our children first."

Itoje also tweeted: "Due to recent speculation I thought it was necessary to confirm that I am not Marcus Rashford… And whilst we are here my name is not Mario either!!

"Just a simple Maro Itoje will do… Much love, Marcu… I mean Maro Itoje."

Mr Williamson said he made a "genuine mistake" by mixing up the footballers.

He said: "Towards the end of a wide-ranging interview in which I talked about both the laptops and school meals campaigns, I conflated the issues and made a genuine mistake.

"We corrected this with the journalist before publication of the story.

"I have huge respect for both Marcus Rashford and Maro Itoje, who run effective and inspiring campaigns."

It comes amid speculation Mr Williamson will be demoted by Boris Johnson in a pre-Tory conference reshuffle following chaos around schools.

But Mr Johnson insisted today: "The Education Secretary has done a heroic job."

Asked if the PM ’s praise for Mr Williamson today still stood despite the mixup, his press secretary said: “I haven’t seen those comments”.

Asked if it was racist to mix up two men who do not look alike, she replied: “I haven’t seen that.”

She refused to rule out a reshuffle as soon as Thursday, telling journalists only: “The Prime Minister will be working in Downing Street tomorrow.”

Mr Williamson has been repeatedly tipped to face the axe if the PM conducts a long-awaited shake up of his Cabinet.

The Education Secretary faced criticism over last summer's exams chaos, the last-minute closures of schools, the slow rollout of laptops to needy kids and the free school meals policy.