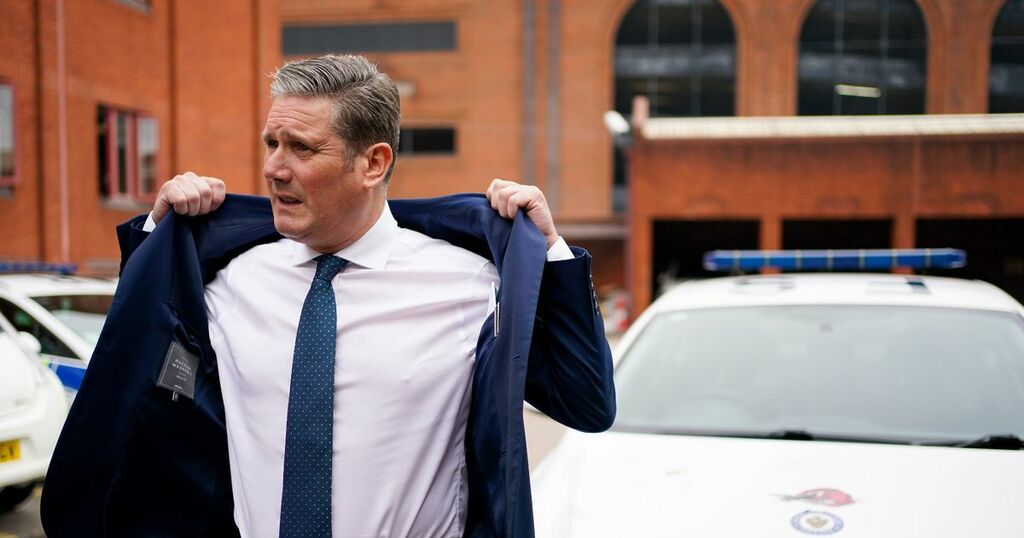 An opinion poll today put Labour ahead of the Conservatives for the first time since January.

The YouGov survey put Keir Starmer's party on 35% compared to just 33% for Boris Johnson's, once 'don't know' results are excluded.

It is the worst poll result for the Tories since their 2019 election landslide.

Today's poll was carried out on Wednesday and Thursday - hours after the Prime Minister announced his plans to clobber low earners by hiking National Insurance from 12% to 13.25%.

But with the cash also paying for NHS Covid backlogs, there are warnings it won't be enough - and Mr Johnson broke his pledge that no care resident would have to sell their home.

And Mr Johnson also broke a third pledge on Thursday, scrapping the pensions triple lock for one year to avoid a Covid statistical anomaly triggering an 8% rise.

Anthony Wells, political research director at YouGov, said: "We should be cautious of leaping to too many conclusions from a single poll.”

But he added: “It looks as if the government may have sacrificed their reputation for low taxes amongst Tory voters without actually getting much credit for helping the NHS.”

That is a higher level of support than usual for other parties - rather than support flooding entirely to Labour.

While Tory support is the lowest in a poll since the 2019 election, Labour's support is lower than the 41% it notched up in January, the last time a YouGov poll put it ahead of the Tories.

Keir Starmer is under pressure from Greater Manchester mayor Andy Burnham and the Labour left to spell out a more concrete plan for fixing social care.

Last night the Labour leader suggested he could impose a wealth tax to fix the crisis.

He said: “Those that earn their income from things other than work, should pay their fair share.”

Pressed, he added: “People who earn their money from property, dividends, stocks, shares – capital gains tax, these should all be looked at as a broader, fairer way of raising taxes.”

Mr Burnham - long touted for a future leadership bid - wrote in the London Evening Standard: “My advice to my party would be not to leave it too long before presenting one. Criticism of the Tory plan alone won’t cut through unless we say what we would do.”

Calling for a 10% tax on inheritance - previously derided by the Tories as a ‘death tax’ - he added: “Just as the post-war period was defined by big, unifying Labour policies, I feel the same could be true for the post-pandemic era.

“It takes a major crisis for people to see clearly again how blame, division and hate don’t rebuild a nation."