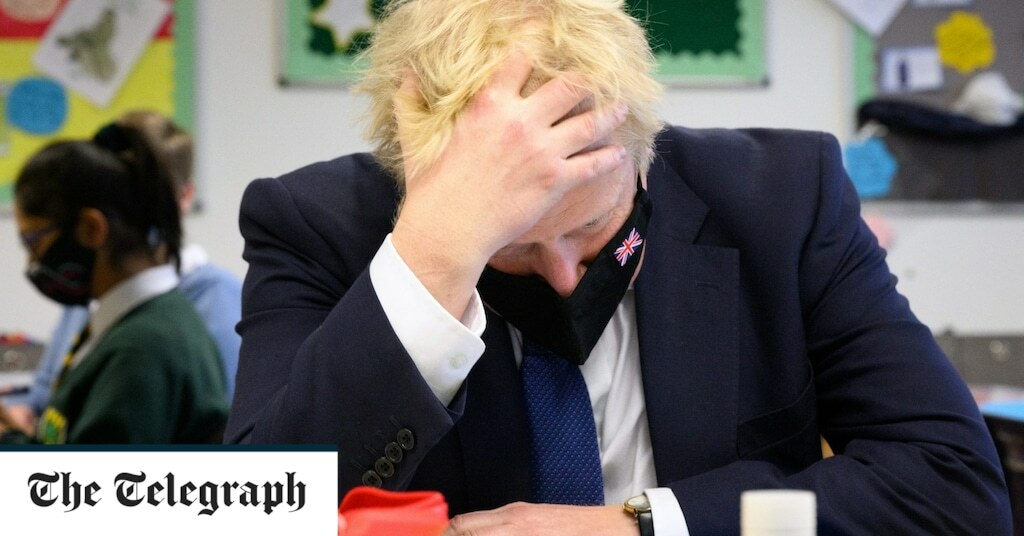 Downing Street’s refusal to say whether or not Boris Johnson attended an alleged lockdown-breaking party in the Number 10 garden has been ridiculed by prominent Tories.

Government ministers and the Prime Minister’s press team have not said whether claims that he attended the drinks gathering on May 20, 2020 are correct.

Instead any questions about the event have been deflected on grounds that an investigation into all such claims is ongoing and should conclude before comments are made.

At a daily lobby briefing to journalists on Tuesday, Mr Johnson’s spokesman declined to comment on reports of a “bring your own booze” party in the garden of his Downing Street office and residence during the first Covid lockdown. The spokesman said the existing inquiry needed to be completed first.

“It is simply the case that we wouldn’t want to be seen to be prejudging that ongoing work,” the spokesman said. “Given the claims and speculation that’s been reported on, what’s right is that the independent inquiry is allowed to carry out its work.”

He said Mr Johnson had full confidence in Principal Private Secretary Martin Reynolds, the senior official who was reported by ITV to have sent an email invitation to the event, signing it off “bring your own booze!”.

If the Government’s internal inquiry – which covers a range of gatherings that reportedly broke lockdown rules – establishes wrongdoing, those involved should be punished, the spokesman said.

Mr Johnson is not expected to answer questions to reporters on Tuesday for a short TV clip, as he often does when on a visit. A Number 10 source said he was not on a visit on Tuesday.

The Prime Minister also did not speak in the House of Commons after an urgent question on the row was granted. Instead Michael Ellis, the Paymaster General, stepped in.

The leaked email obtained by ITV News from Mr Reynolds invited people to “socially distanced drinks” on May 20, 2020.

It was reportedly sent to around 100 people. On the same day, the public were told they could only socialise outside with one other person outside their household. It has been reported that both Mr Johnson and his wife Carrie attended.

Sue Gray, the Second Permanent Secretary at the Cabinet Office, is leading the internal investigation into claims of lockdown-breaking parties being held by the Government.

Baroness Davidson, the former Scottish Conservative leader, tweeted on Tuesday: “This line won’t survive 48 hrs. Nobody needs an official to tell them if they were at a boozy shindig in their own garden. People are (rightly) furious. They sacrificed so much – visiting sick or grieving relatives, funerals. What tf were any of these people thinking?”

Gavin Barwell, the chief of staff to Theresa May when she was prime minister, tweeted: “Let me put this politely: it is not *entirely clear* why the Prime Minister needs to wait for Sue Gray’s report to find out if he went to a party in his own garden.”

A source who was in Number 10 under Mr Johnson told The Telegraph: “Quite obviously culturally in that place they’ve totally lost perspective. The fact that someone that senior thought it was totally normal to send that to 100 people. I look at that and think that only happens culturally [when] something was wrong in that place.

“Emails like that do not happen without a culture of drinking going on, and someone formalised it.”

There was also public criticism of Downing Street’s approach to issues of standards by Lord Evans, the chairman of the Committee on Standards in Public Life.

He told a committee hearing on Tuesday morning: “I think we’ve seen a whole series of issues over the last few months – the Owen Paterson affair, the attempt to change the rules over standards investigations in the middle of the investigation into Mr Paterson’s actions, the questions around the redecoration of Downing Street and particularly the very bad processes that were clearly in place for keeping Lord Geidt properly informed, the Greensill affair and now 'partygate'.

“All of those have demonstrated that there is at least carelessness amongst people in government over standards issues and possibly more than that.”