Topless James Argent displays 9.5st weight loss as he splashes around the beach 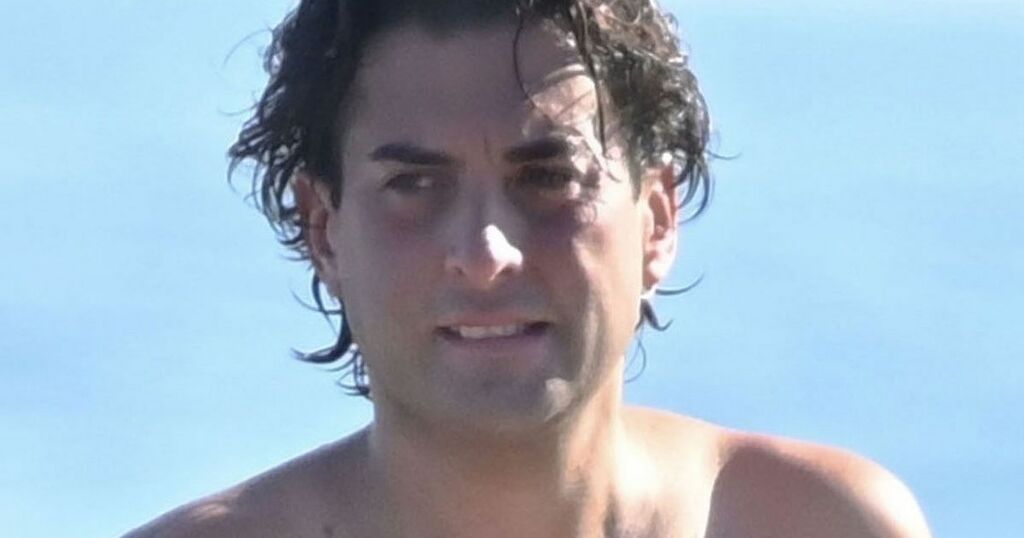 James Argent looked upbeat and confident as he stripped down to a pair of swim shorts and hit the beach after losing an incredible 9.5 stone.

The 33-year-old former The Only Way Is Essex star has stunned fans with his transformation after he went under the knife earlier this year to get a life-saving gastric band.

Since his op, Arg has seen his body transform as he has been losing weight after he previously reached a dangerous weight of 27 stone.

The reality star looks like a new man and has been enjoying the sun, sand, sea and surf of Marbella in Spain where he is enjoying the last of the summer sunshine.

Arg looked confident as her patrolled the beach and waded into the sea while sporting a pair of fun blue patterned swim shorts.

The reality star has been open and honest about his weight struggles and the fact that he sought medical assistance to get his weight under control.

Back in April, he revealed to fans that he was getting surgery, declaring on Instagram at the time: "Today Is the First Day of the Rest of My Life. My weight loss journey has STARTED.

"I’ve had my gastric sleeve surgery with the incredible team at @wearetransform. I’ve struggled with my weight for years but I'm finally ready both physically & mentally to do something about it.

"The next few months are going to be tough but I’m determined to reclaim my life! NEW CHAPTER."

He later appeared on the Channel 4 show, Steph’s Packed Lunch, in May where he said he reached a low point when he couldn’t even face himself in the mirror.

He said: “It felt horrible, I was always extremely uncomfortable, I couldn’t look at myself in the mirror.

“It felt depressing and it just wasn’t me. Now I’m starting to feel like myself again and I’m excited about what the future is going to bring.”

Just weeks after his surgery at the time, Arg told show host Steph McGovern that he was astonished by the progress his gastric band had already provided him.

He said: “I’m four stone lighter now. It’s a really good start. Four stone out of 11 or 12 might seem like a drop in the ocean but I’m pleased I’ve made progress already.”

He continued: “I feel so much happier already, I feel healthier already, I’m lighter on my toes, I’m more confident. I’m really loving life at the moment.”

He also shared that he was wanted by doctors that he had reached a dangerous size when he tipped the scales at 27 stone after gaining weight in lockdown.

He told Steph: “It was scary being 27 stone… It was serious, doctors were telling me how dangerous it was… I knew it was something I had to address pretty quickly.

“[It was] nerve-wracking leading up to [the surgery, but] it’s the best thing I’ve ever done. I’m over six weeks post-surgery and I feel great.”