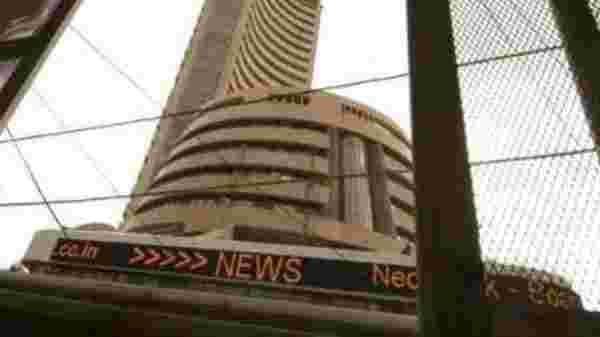 RIL: Reliance New Energy Solar Ltd (RNESL), a unit of Reliance Industries Ltd (RIL), on 10 October said it will acquire 40% of Sterling and Wilson Solar Ltd (SWSL) in a deal underscoring the company's clean-energy ambitions. RNESL will buy a stake in Sterling and Wilson Solar, a leading solar engineering, procurement and constructions solutions provider, through a combination of primary investment, secondary purchase and open offer.

Infosys: Infosys is expected to announce Q2FY22 result on 13 October and according to reports based on analysts' forecasts the multinational IT firm is expected to report revenue growth of 5.6% quarter on quarter in dollar terms in Q2FY22 after factoring in 60bps cross-currency headwinds.

Vakrangee Ltd: The company has reported net profit growth of 100.90% to Rs26.74 crore for the quarter ended September, up from ₹13.31 crore in the year-ago period. Sales rose 195.02% year-on-year to Rs207.19 crore during the period under review. Vakrangee has also announced the demerger of both the businesses (Vakrangee Kendra Business as well as E-Governance & IT/ITES Business) into a separate entity.

PTC India: The government's announcement of a framework for the implementation of Market-based Economic Despatch–Phase 1, a reform that will nudge the power sector towards market-based price formation, is expected to benefit state-owned PTC India, which is in the works to launch a power trading platform of its own.

Tata group: India’s largest conglomerate was on Friday named the winning bidder for Air India. This will give the group full control of Air India and its low-cost unit Air India Express as well as a 50% stake in ground handling company Air India SATS Airport Services Pvt. Ltd (AISATS). Air India was founded as Tata Airlines in 1932 as the country’s first airline but nationalised in 1953.

Adani Total Gas: The company has signed a definitive agreement under which it will collaborate on the establishment of a bio-conversion plant with a design capacity of about 350 tonnes per day of feed processing at Barsana, Mathura, Uttar Pradesh based on cattle dung as the primary biomass along with other biomass including napier grass, and press mud. The company has completed the acquisition of 50% stake in Smartmeters Technologies.

Dixon Technologies: The company has, in a big push for ‘Make in India’, tied up with Taiwanese personal computer (PC) maker Acer for the contract manufacturing of laptops. The laptops will be initially manufactured for the domestic market and then possibly for exports. The company is taking advantage of the government’s Production Linked Incentive (PLI) scheme, according to reports.

Macrotech Ltd: The Mumbai-based realty company, which markets its properties under the Lodha brand, is looking to reduce debt to ₹10,000 crore by March 2022, through the sale of housing units, land and a rental office asset, Abhishek Lodha, managing director and chief executive, Lodha Group, said in an interview. Macrotech’s net debt for its India business is around ₹12,508 crore.