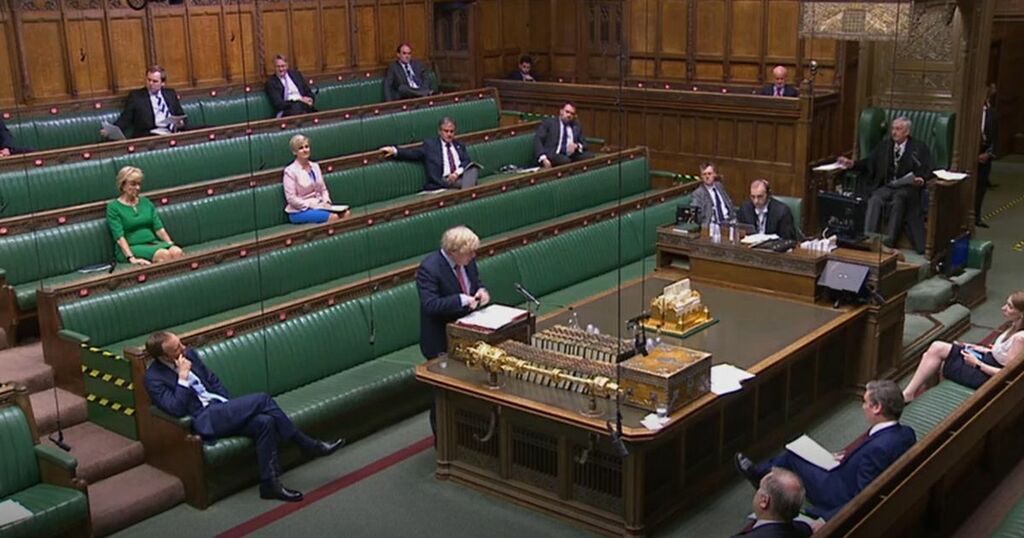 The senior Downing Street official who invited more than 100 employees to a “bring your own booze” party in the No 10 garden during Covid restrictions retains the full confidence of the Prime Minister.

Boris Johnson’s official spokesman confirmed Martin Reynolds, the Prime Minister’s principal private secretary, “continues in his role” after ITV news revealed he invited employees to the gathering during England’s first lockdown in May 2020.

Asked whether Mr Johnson still had full confidence in one of his most senior aides, the spokesman said he did.

The leaked email, which came to light on Monday, said: “Hi all, after what has been an incredibly busy period we thought it would be nice to make the most of the lovely weather and have some socially distanced drinks in the No 10 garden this evening.

Mr Johnson will avoid scrutiny over the allegation on Tuesday, as paymaster general Michael Ellis was instead dispatched to face an urgent question in the Commons.

Asked what the Prime Minister was doing rather than responding himself, the PM’s spokesman said: “I don’t have the full diary in front of me at the moment but it’s not uncommon, obviously, for Government ministers to answer these sorts of questions.”

The Prime Minister has refused to say whether he attended the gathering along with his wife Carrie although it has been widely reported he was there.

Downing Street officials have also refused to be drawn on details of the allegations because they are being examined by senior official Sue Gray as part of her investigation into claims of lockdown-busting parties in Whitehall and Downing Street.

Mr Ellis told MPs: “It will establish the facts and if wrongdoing is established there will be requisite disciplinary action taken.

“As with all internal investigations, if evidence emerges of what was potentially a criminal offence, the matter would be referred to the Metropolitan Police and the Cabinet Office investigation would be paused.”

Scotland Yard has said it is in contact with the Cabinet Office about the May 20, 2020 allegations.

Labour’s deputy leader Angela Rayner, whose urgent question led to Mr Ellis being hauled before MPs, said: “It is incredibly disappointing, but not unsurprising, that the Prime Minister of whom I asked this question is not here today despite not having any official engagements.

“I think his absence speaks volumes as does his smirks on the media, the public have already drawn their own conclusions. He can run but he can’t hide.”

The Commons exchanges came after Health Minister Edward Argar acknowledged the public felt angry and hurt about the allegations.

England was under tough coronavirus restrictions which banned groups from meeting socially outdoors at the time Mr Reynolds sent the invitation to colleagues.

Mr Argar told the BBC: “I can entirely understand why people who’ve lost loved ones, or people who’ve just had their lives hugely disrupted by these restrictions, are angry and upset by these allegations.”

The row has led to further questions within the Tory ranks over the conduct of the Prime Minister and his inner circle.