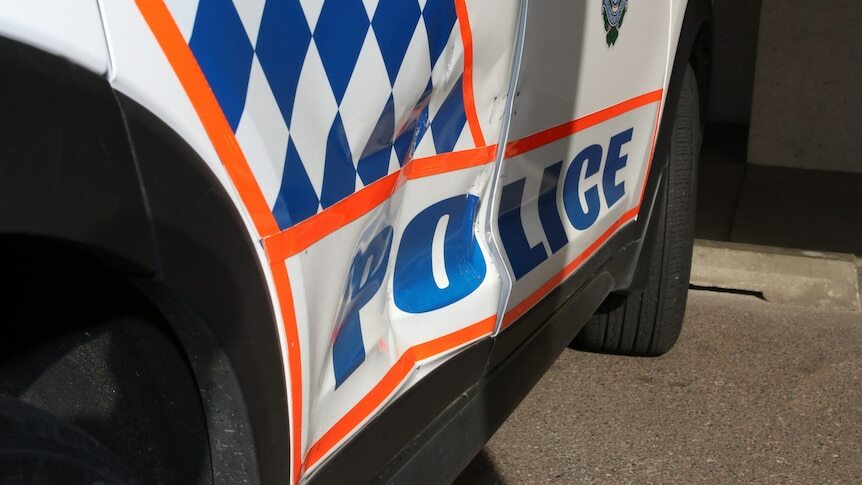 Dozens of extra police from across Queensland will be deployed to Townsville over the coming days in a bid to stop the city's spiralling crime problem.

Townsville police officers were targeted during a violent crime spree for the second time in a week in the early hours of Wednesday morning.

Three young people in a suspected stolen ute threw a rock through the windscreen of a police patrol car at Vincent just before midnight.

A 46-year-old senior constable got glass in his eyes after the windscreen shattered and was taken to hospital as a precaution.

While the patrol car was being towed, officers say a second police vehicle was rammed, causing minor damage.

Chief Superintendent Hanlon condemned the actions of those responsible and issued a stern warning.

"This is despicable behaviour," he said.

Operation Capella has been established which will see 40 officers dedicated to catching the people responsible, with resources coming from the far north and south-east Queensland to bolster numbers.

Police arrested two juveniles and an adult today after five police cars were damaged in a rampage on Monday morning.

Police said their officers were targeted and vehicles were hit by bricks, rammed, and run off the road across several suburbs in the city.

"We've got a cohort of people we've identified as potential suspects," he said.

"We haven't got them all so we're in the process of gaining evidence, rattling a few cages and getting more evidence, then locking more people up."

It is not the first time emergency services and the community have been terrorised by juvenile criminals, with similar activity seen in the city throughout May and June.