Top 5 IT skills most in demand in India 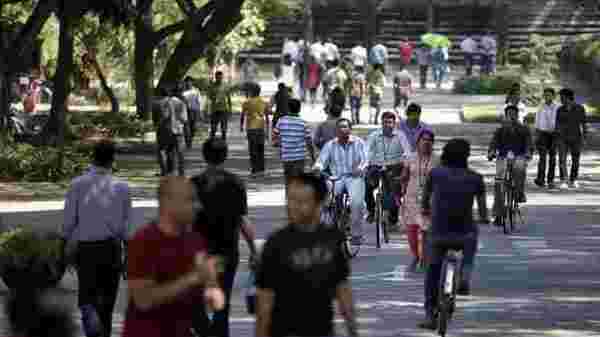 Demand for talent with digital niche and super niche skills has witnessed a surge since the April-June quarter following growth in the digital economy, mainly fuelled by the banking, financial services and insurance (BFSI) industry, according to a report.

According to data from business solutions provider Quess, demand for talent with digital niche and super niche skills including Cloud Infrastructure Tech developer, Full Stack developer, React JS developer, Android Developer and Angular JS developer, among others, has seen a surge since last quarter, as technology transformations have become a key priority for organisations.

The data for the report is derived from the algorithm built into the company's application tracking system, which maps and matches candidates to positions in the time period of October-March 2020-2021 compared with March-August 2021.

While analysing the overall demand for the top 5 skills among tier I cities, the report further revealed that Bengaluru witnessed the highest demand (40 per cent), followed by Hyderabad (18 per cent) and Pune (18 per cent).

“Today, many factors are at play as they amalgamate to define the next steps of the industry. Experts are calling this period 'The Great Resignation', as the unceasing talent surge has disrupted the demand-supply equilibrium, driving organisations to focus on both, talent attraction as well as talent retention," Quess IT Staffing CEO Vijay Sivaram said.

These developments are most visible in the changing landscape of India Inc, where we are witnessing the addition of more global capability centres across India, as well as an expansion of existing firms into tier II and III cities, he stated.

However, with the growing need for remote talent, companies are stepping beyond Indian borders to explore hiring in other APAC countries such as the Philippines, Vietnam and Sri Lanka, he noted.

"While these macro factors give wind to the industry's sails, an important shift can also be observed at the micro level, in most board rooms, where 'workforce skilling', 'resource management' and 'automated talent acquisition processes' are the new buzz words, driving change and steering new business agendas," he added. PTI SM MR MR